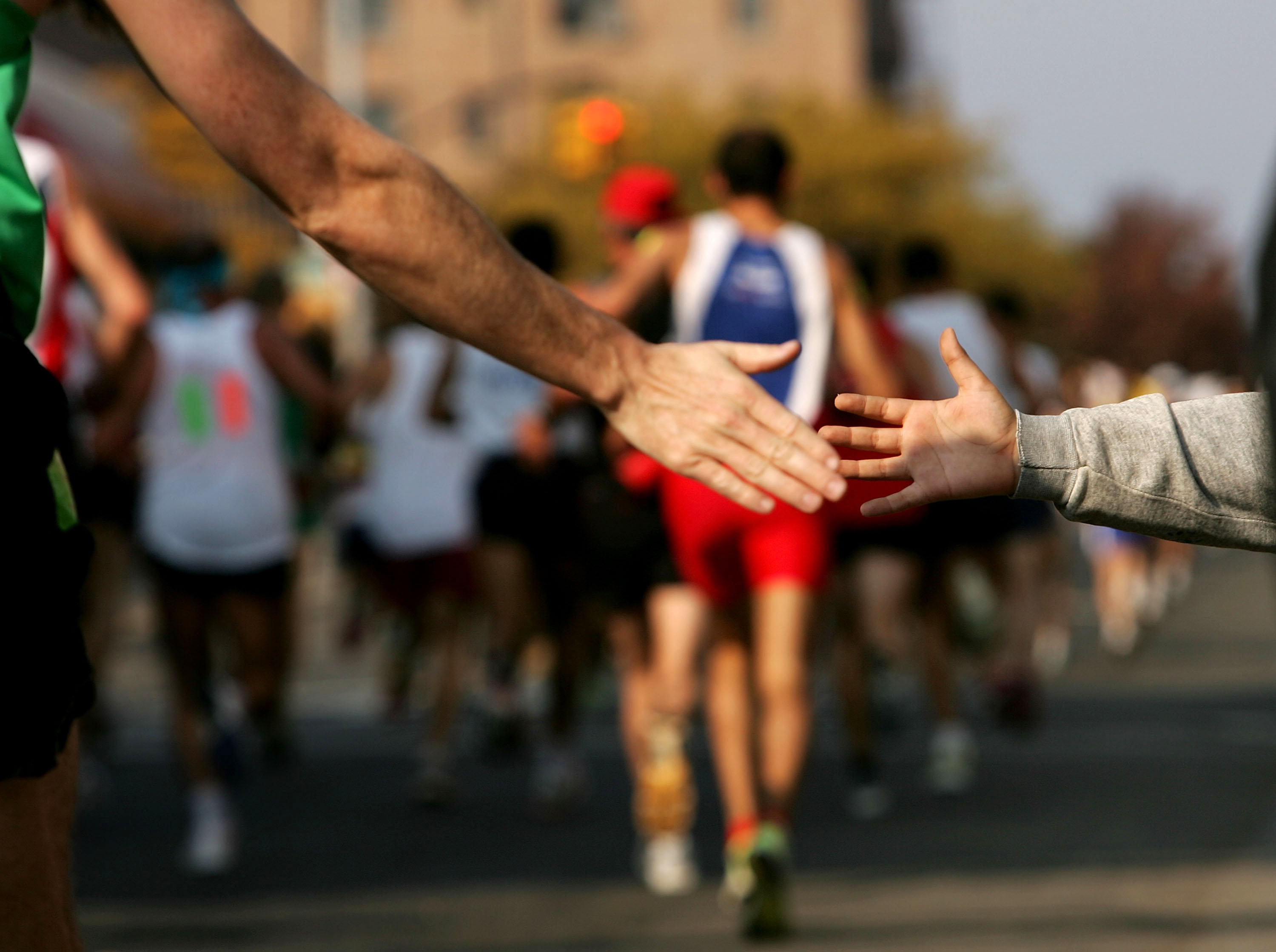 Ryan Rosello, a marathon runner based in New York, has competed in more than 40 marathons, ultra marathons and other races over the past three years. Despite micro-tears in his Achilles tendon, excruciating blisters and extreme cold and dehydration, he continues to lace up his running shoes to pound out another run. "There's a sense of accomplishment," he told CBS News. "The only way you get to say that you've done it is by doing it."

Some might say that Rosello is crazy. But a new study shows that marathon runners like him may be able to continue to race because they actually forget the pain of the last experience. The research is published in the journal Memory.

Przemyslaw Babel, PhD, a professor of psychology at Jagiellonian University in Krakow, Poland, surveyed 62 men and women who ran in the 11th Cracovia Marathon in 2012. He gave participants a questionnaire shortly after they crossed the finish line to gauge the intensity of pain they felt, its unpleasantness and their feelings of positive or negative emotions.

On average, runners said that they experienced a level of pain that was 5.5 on a 7-point scale. Then, three or six months later, Babel contacted the participants and asked them to recall the memory of running in the race. Regardless of how much time had passed, the runners' rating of the pain dropped to an average of 3.2.

Richard Addante, a senior lecturer at the School of Behavioral and Brain Sciences at the University of Texas at Dallas, said that he's not at all surprised by the findings. Addante, who was a wrestler for 15 years, conceded that he reminisces about his painful athletic endeavors more fondly than they actually were. "We tend to think of memory as a fixed event, but it is a constructive process that is always undergoing modifications," he told CBS News.

Endorphins are released in the body at the end of a marathon and runners are generally swept up in the excitement of fans clapping and cheering as they cross the finish line. "Psychologically positive things are happening at the end of the marathon and it's that overwhelming psychological aspect that gets paired with memory," he explained.

The study noted that while runners tended to underestimate their pain months later, there was still a connection between a runner's emotional state and their memory of pain. For example, runners who suffered more during the marathon or who experienced feelings of discomfort at the finish line recalled levels of pain similar to what they originally reported.

"They are more likely to remember emotional pain," Addante said. "That will be a much more defining feature of the race."

The phenomenon of forgetting the pain of a marathon is similar to that of a woman's memory of pain after childbirth.

A 2011 study in the Journal of Psychosomatic Obstetrics & Gynecology found that 6 months after delivery, mothers remembered the experience of childbirth as being more positive and less painful than originally reported.

Rosello told CBS News that during a tough race he usually questions why he is running. "There are parts in the middle when I consider stopping, but I'd rather suffer it out than quit," he said. "That leads to greater satisfaction in the end."