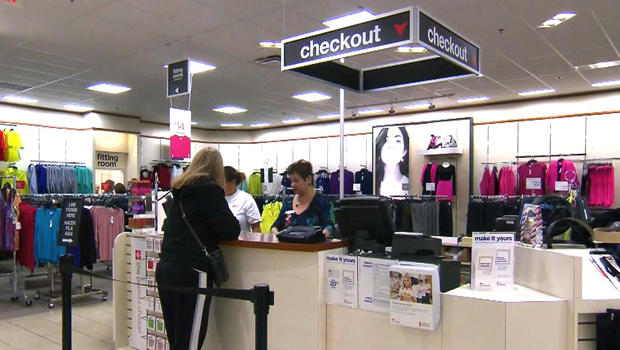 Even when it’s not your birthday, you can expect to hear MANY HAPPY RETURNS at plenty of retailers. It’s a policy that makes a lot of sense (and dollars, too). Tracy Smith does the math:

If you’ve ever bought khakis or a school uniform, you probably know Lands’ End. And if you’ve ever tried to return something there, you know their policy, too: love it forever or get a refund. No time limit.

Seems like it’d be hard to make any money that way, but Lands’ End has turned a corporate policy into an empire.

The sprawling company headquarters in Dodgeville, Wis. -- more than a million square feet in size -- has a kind of airplane hangar quality to it.

Here, customers worldwide can order up a pair of pants, get them custom hemmed, even monogrammed with their name. And if they ever fall out of love with it, they can mail it here, where someone like Marie Miller will take it back, even if it’s been, well, used. “It’s our policy,” she said.

“So I could buy a swimsuit, wear it for ten years and return it?” asked Smith.

“So do you think that the customers feel so loyal that they don’t want cheat you?”

“Our customers are incredibly loyal, and we have such strong relationships with our customers that our return rates are really within an industry standard.  So, it is just not a problem.”

Return policies in general can be opportunities for the unscrupulous, like people who buy something, wear it once and return it, something known as “wardrobing.”

Lands’ End says they’re staying the course. “I’d like to believe that our return policy builds trust and loyalty with our customers,” said Richie. “But they don’t abuse it, surprisingly.”

But they’ve tested the limits. For instance, an authentic black London cab was offered in the 1984 Christmas catalog:  A $19,000 car stuffed with $1,000 worth of goodies. It sold quickly, but 20 years later the owners wanted to return the car to Lands’ End.

Impressive, sure, but there’s psychology behind all this. Marketing professor Valerie Folkes, at the University of Southern California, thinks it’s a good idea if a store has a liberal return policy -- and the more liberal, the better.

“If you’re on deadline, you’re more likely to return it than if you’re not on deadline?” Smith asked.

“If you have a close deadline, yes,” Folkes replied. “But if you’re thinking about the deadline as being six months in the future, you don’t think about these things as much. And after all, let’s face it, oftentimes we don’t follow through on what we plan to do.”

So for certain companies, easy return policies make sense. And some have become the stuff of legend.

Outdoor gear seller REI reportedly took back a used baby carriage because the mom said her children had outgrown it.

A Costco customer is said to have successfully returned an empty bottle because the wine inside had given her a headache.

And (the story goes) the luxury department store Nordstrom once took back a set of snow tires to keep a customer happy … and they don’t even sell snow tires.

According to Jamie Nordstrom, the company’s president of stores, the story is true. “We opened a store in Fairbanks, Alaska in the ‘70s, in a building that had previously been a hardware store. And a customer came to return some tires that they bought in that hardware store, and we said, ‘Here you go. Here’s your 50 bucks back.’”

He says that his employees are allowed to do whatever it takes, within reason, to keep shoppers happy. “I think part of having a more liberal return policy conveys to the customer that we trust them and we appreciate their business, that we’re loyal to them,” Nordstrom said. “And so we think if we do our part with that, then customers will return the favor.”

And has Nordstrom seen that happen? “For 116 years we have, yeah.”

“It almost sounds like Nordstrom believes in the good of mankind.”

“Well, we do think people are generally good and fair,” Jamie said. “And that’s been our experience for a long, long time. And we think that if we do our part in doing a good job for them, that they’ll return it by being loyal to us.”

Retailers also know that once you actually take something home, you’re much more likely to keep it. It’s called the Endowment Effect, which Valerie Folkes described as “’Losses loom larger than gains.’ What that basically means is that if you have something, it hurts to lose it. And that’s where returning an object that you own feels a bit like a loss.”

“So once I have that blouse in my closet, I feel like it’s mine and I’m losing it if I give it back? Even if it’s still got the tags on it?” Smith asked.

And once you’re in the store returning something, you’ll probably buy something else. So go ahead.
You can always take it back!

Nature and architecture merge in Mexico

Mikhail Baryshnikov on criticizing Putin: "I will be 75 years old. What have I to lose?"
Thanks for reading CBS NEWS.
Create your free account or log in
for more features.
View CBS News In
CBS News App Open
Chrome Safari Continue
Be the first to know
Get browser notifications for breaking news, live events, and exclusive reporting.