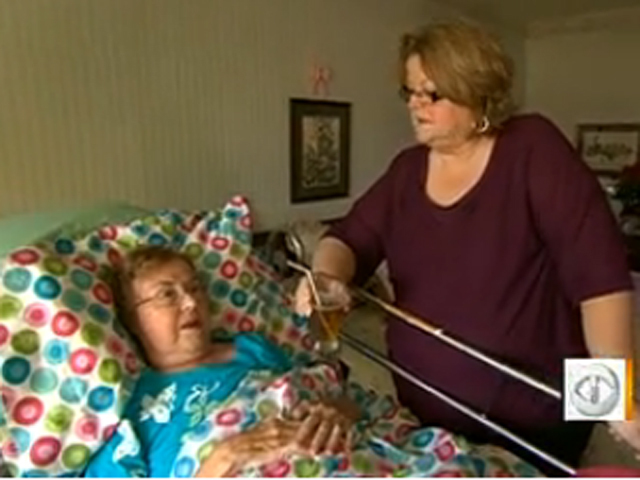 While most of the 76 million baby boomers are no longer caring for their children, more and more of them are playing the role of caretakerfor an older generation: their parents. But how ready are they for this role?

A new survey by Home Instead Senior Care, an in-home care company, shows that an alarming number of those caring for their aging parents are under-prepared.

"The Early Show" met two baby boomer sisters who are now playing the role of caretaker for their mother.

Until recently, 87-year-old Helen Wright was living a healthy and independent life, even being counted on to drive her friends home.

Kathy Wright, Helen's daughter, said, "People were calling her asking her for rides, because they didn't like to drive at night."

But after a fall a few months ago, Helen's behavior began to change.

Kathy said, "We noticed that she began to be a little bit befuddled about things."

She grew concerned about her mother's increasing confusion, and scheduled a CT scan.

"The radiologist called me back in and said showed me a paper and said she has a massive brain tumor," Kathy said.

Since the tumor was diagnosed, Kathy and her sister, Diane, have suddenly and unexpectedly become full-time caregivers for their mother.

Diane said, "It's, like, part of you does not believe this, that this is the diagnosis, and that you're dealing with this."

Kathy added, "Our first challenge was just taking care of her. The second was trying to find the things that we needed, in order to be allowed to take care of her. It took a while to locate the pieces of information we needed."

"It was like a major treasure hunt," Kathy said. "And, we knew that somewhere, she would have this. So, we'd go through it, and see what we could find. The night we found the strongbox with her long-term health care policy was a wonderful celebration."

The sisters now find themselves playing a game of catch-up, trying to figure out their mother's medical needs while coping with the emotions of her battle with cancer.

Diane said, "I remember going out to the car, rolling up the windows, locking the door, and sobbing. There are times when you know you want to be upset, but you do not have time. You just don't have time."

These last few trying months have taught the women an important lesson, one they share with anyone who will listen

Kathy said, "I have a friend who said, 'Tell me exactly what it is I need to ask my mom,' because this experience showed her that you never know when today they're fine, tomorrow they're not. So sit down, have a conversation with your parents about it. And, preface it (by saying) that it's not a comfortable conversation for anybody. But, it needs to happen, in order to make sure you're giving your parents the very best care possible."

The sisters were unprepared to give their mom that care, so they sought professional assistance.

Kathy said, "You're not a failure for asking for help, because you're gonna do a better job in your care giving if you have that help."

Kathy and Diane are now able to both help their mom, and cherish their time with her.

"Now I can remember her with the conversations we've had -- her sense of humor," Kathy said. "She laughs over who she is. ... That's the kind of memory I wanna have."

On "The Early Show," Ken Budd, executive editor of AARP magazine, said baby boomers are getting hit on a lot of fronts, from care-giving, to financially supporting their kids, to the tough job market.

He said, "Care-giving tends to be a gradual process, taking your father to the doctor or taking your mother to the store, so learning some of this stuff can take a little time."

Budd said taking care of parents seems to be becoming the norm for boomers. He said, "There's already 65 million Americans who provide unpaid care. The value of that care is about $350 billion, a huge number, and is only going to get higher as the population ages."

"Early Show" co-anchor Erica Hill asked how to initiate conversations about care-giving with your parents.

Budd said the conversation often depends on the situation.

"If you're dealing with a parent who is having some initial dementia issues, that's a different situation," he said. "But the key is to have the conversation, and have a candid conversation, to get this on the table."

Financial issues and health issues, Budd said, are key areas to focus on.

"And then, at some point, a full assessment -- financial, emotional -- and find out what a parent's situation is," he said. "That's when you get the information to say, 'Do we need to think about some sort of assisted living?' 'Can the person stay at home?' And nine-out-of-10 people want to stay at home, and they frequently stay there."

So when do you start planning?

"Now," Budd said. "I think you want to start early and often, and have this conversation frequently, because this is not an area where you want to be panicking. You want to plan things out, because you want to respect your parents' desires as they move forward in life."

For more information for your parents, as well as yourself, Budd recommends the information available at AARP.org/caregiving.

For more information, check out these resources: 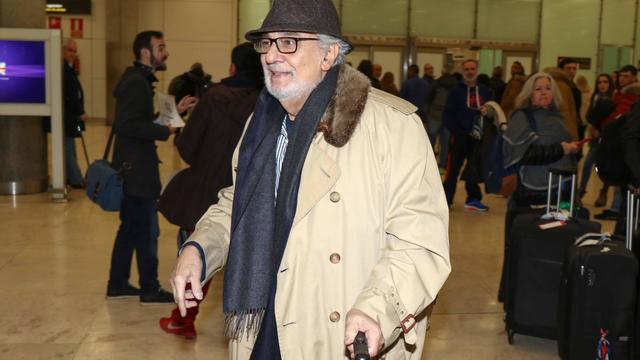