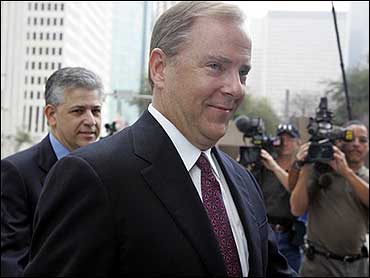 Manny Ramirez is on a mission to bring a World Series to Cleveland.

Ramirez hit a three-run homer to increase his RBIs total to an team-record 164, and the Cleveland Indians routed the Toronto Blue Jays 9-2 Thursday night.

"None of this means anything if you don't win in the playoffs," Ramirez said. "Winning the World Series, that is my only goal."

At 97-62, Cleveland maintained the best record in the American League going into the final weekend of the season, one game ahead of the New York Yankees (96-63) and two games ahead of Texas (95-64).

"We want the home-field advantage in the playoffs," Indians manager Mike Hargrove said. "That, and getting people ready for the postseason, are our goals now."

"I never thought I would put these numbers up," Ramirez said. "I got great players in front of me. Give them the credit. If I think about setting records, then it isn't going to happen. For me, if I hit 25 homers and 100 RBIs, then I am happy."

Ramirez received three standing ovations from Cleveland's 370th consecutive sellout crowd: one when he reached the dugout, another to summon him back out for a second curtain call, and a third when he took his position in right field in the seventh.

"That was pretty neat for them to do that for me," Ramirez said. "The fans really made me feel proud."

"I never heard of some of those guys," Ramirez said. "I don't knw them, but I am proud to be mentioned around those guys."

Richie Sexson hit a bases-loaded triple in the fifth inning off Paul Spoljaric (2-2) after Ramirez was intentionally walked, helping Bartolo Colon (18-5) beat Toronto for the second time in six days.

With his second triple of the game and seventh this season, Sexson gave Cleveland a 5-0 lead. Wil Cordero followed with an RBI single.

"I'm befuddled by the whole thing and upset with walking guys before Sexson," Spoljaric said. "Anytime you put guys on base you are asking for trouble."

"Bartolo is a fine pitcher," Toronto manager Jim Fregosi said. "He is close to being a number one guy. He's got the stuff. He just needs the experience."

Roberto Alomar hit an RBI groundout in the first and Cordero homered in the fourth for a 2-0 lead.

Toronto got its runs when Ricardo Rincon walked Pat Borders and Willis Otanez with the bases loaded in the eighth.