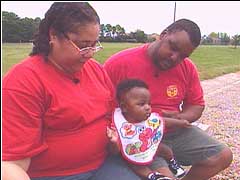 In terms of the employment picture in the U.S., times are the best they've been in decades.

With a jobless rate that has been hovering around four-percent for months, that means 96 percent of those who want jobs, have them. It's part of the booming economy.

On the other side of the coin, Labor Department figures suggest that in many cases, companies are requiring overtime of their workers instead of hiring new people.

And CBS News Correspondent Wyatt Andrews reports a lot of workers are fed up with it.

It's been an issue in almost every major strike of the last year. Mandatory or forced overtime, when the boss demands you stay late and you can't refuse.

For some nurses in Massachusetts, that meant constant double shifts. And for telephone workers who struck Verizon Communications recently, a key issue was 53-hour work weeks, four weeks in a row, with no option whatsoever to say no.

"I shouldn't have to choose between my job — a job that I love — and my family. I had no choice as to the hours I wanted to do," said Cleo Young.

Employers in America say the problem is a shortage of labor. At Louisville Plate Glass, owner Bill Stone says since he can't find enough qualified new workers or temporary workers to meet demand, he's forced to extend the workweek.

"In a perfect world we would have enough employees and nobody would ever have to work more than 40 hours a week," said Stone. "All our employees do their share of overtime. They don't like it anymore than we like paying it."

For most workers in America, overtime isn't new and the time and half pay is great. But non-stop 50-hour weeks become a grind.

Some overtime is not bad, according to Edward Embers, a supervisor at Louisville Plate Glass. "If you can get a little overtime twice a week, three times a week...but, every day for stretches of months, it gets a little old."

What surprises many workers is that forced overtime is legal and there is no limit to the hours. Under the law, workers can even be fired or disciplined for turning down overtime. That's what Cleo Young at Verizon found unfair.

"I saw people afraid they were gonna lose their jobs because they couldn't stay."

The question being asked today is, should workers have more of a choice? Should a worker with family problems, for example, really risk losing his or her job for refusing to work overtime? Is it right that an employer has that much clout?

Yes, according to business owner Bill Stone. He wouldn't like it if unions were to win the legal right to refuse overtime.

"It would be a horrible idea. That kind of law would encourage reduction of service to customers, would eventually affect our international competitiveness and have a drastic effect on our economy," Stone said.

The Verizon strike was settled when the company cut in alf the amount of overtime it would demand, but this issue isn't going away. Employers who feel short handed are in conflict with workers short on time at home. And that has made overtime — not wages — ground zero in the labor wars of this new century.