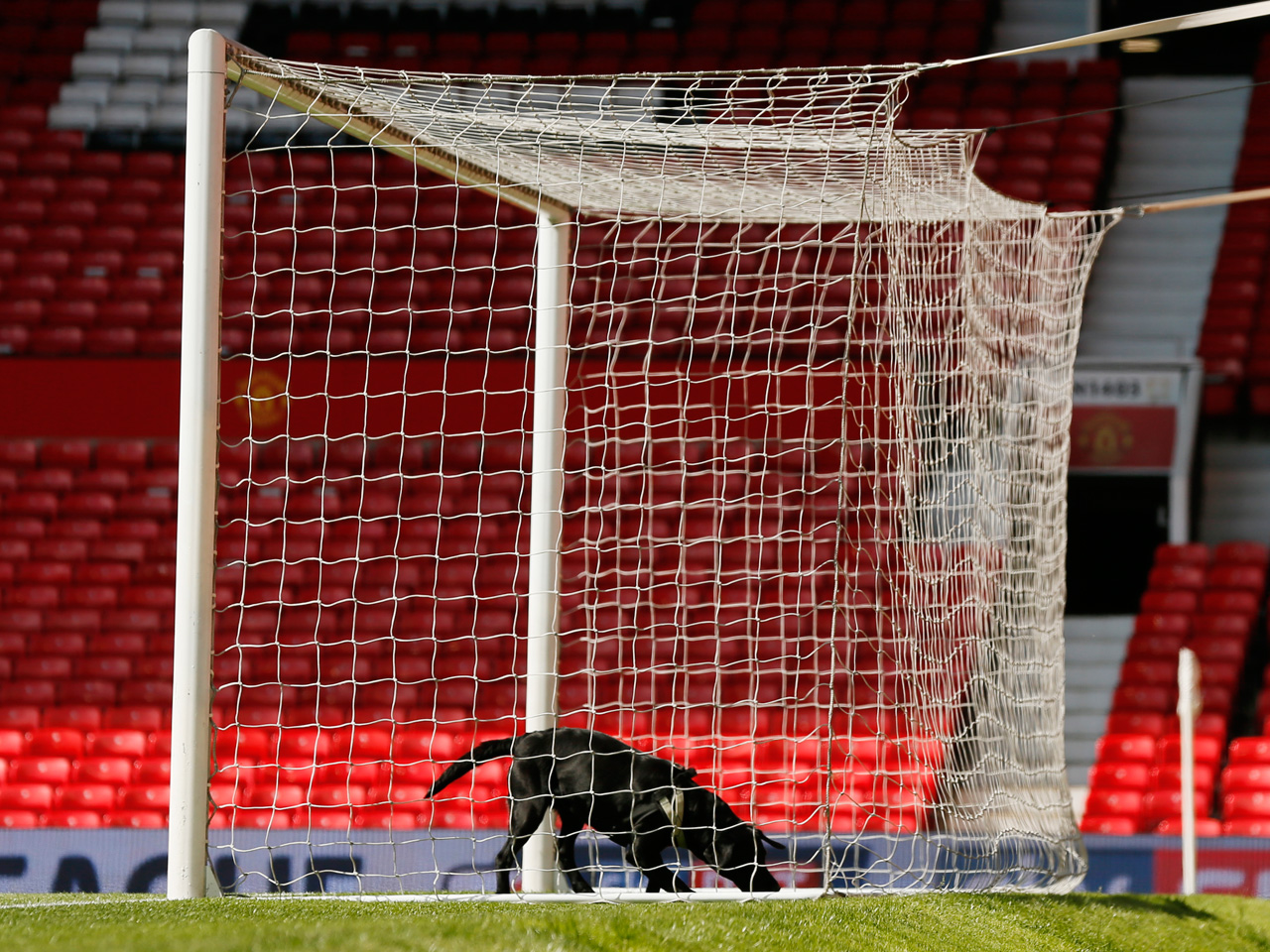 MANCHESTER, England - Manchester United's home game against Bournemouth in the Premier League was abandoned after a suspect package was found inside Old Trafford stadium.

After discovering the suspicious package, police announced they had carried out a "controlled explosion" on what was described as a realistic-looking "explosive device."

A police investigation later revealed that the package was a training device accidentally left behind by a private company.

Two stands inside Old Trafford - The Sir Alex Ferguson Stand and the Stretford End - were evacuated about 30 minutes before the scheduled kickoff time of 3 p.m. local time (1400 GMT), with United saying "a suspect package was found in the North West Quadrant."

Fans in other stands initially had been allowed to stay inside the stadium.

Police are asking people to "avoid the area if possible."

The rest of the Premier League games being played on Sunday, the final day of the season, went ahead as scheduled.

Manchester United said on Twitter the match has been rescheduled for Tuesday.

European officials have been on high alert at sporting events since the November 13 Paris attacks when extremists attempted to blow themselves up inside the stadium at an international friendly between France and Germany. Security guards were able to stop the suicide bombers before they entered the stadium itself.