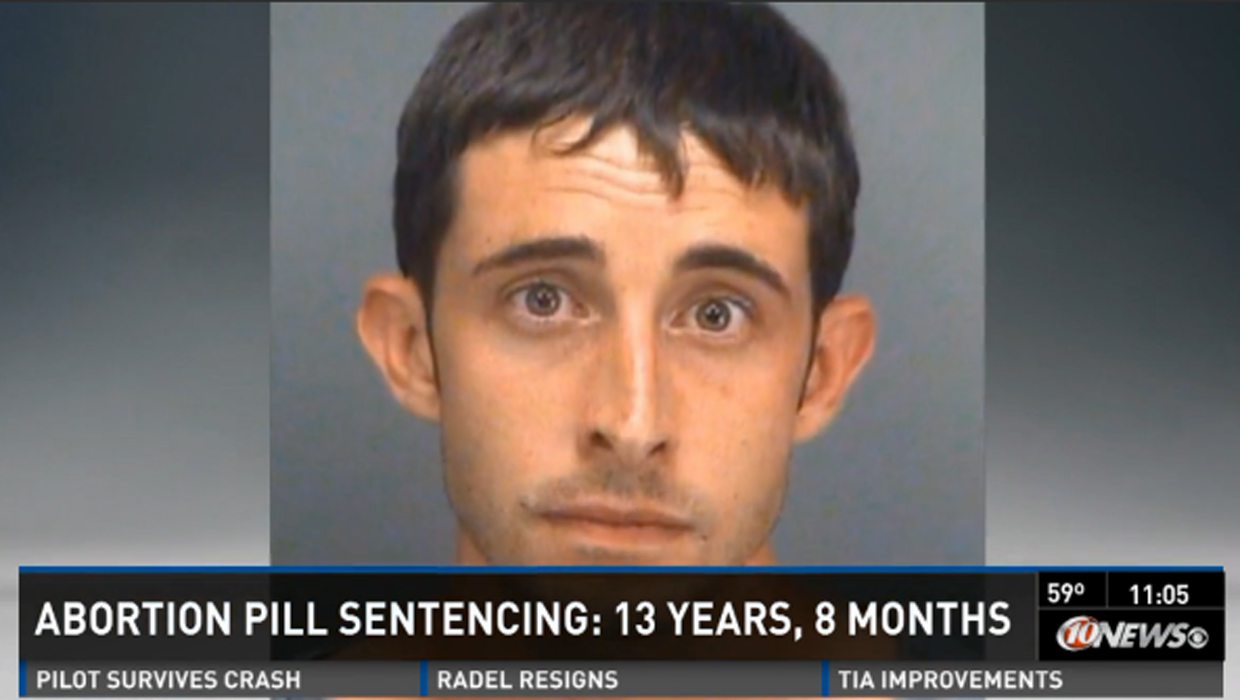 TAMPA, Fla. - A Tampa man has been sentenced to nearly 14 years in prison for tricking his pregnant ex-girlfriend into taking a pill he believed would cause her to have a miscarriage.

A federal judge sentenced John Welden on Monday to 13 years and eight months in prison. He must also pay $28,541 in restitution.

Welden pleaded guilty in September to tampering with a consumer product and conspiracy to commit mail fraud. He had faced a possible life sentence if convicted of his original charge, killing an unborn child.

"Of course I'm remorseful for everything," Welden said as he was escorted out of court in handcuffs and a bullet proof vest following his sentencing.

Prosecutors say the 29-year-old Welden forged a signature last year on a prescription for a pill used to induce labor. He relabeled a pill bottle as an antibiotic and told his then-girlfriend, Remme Lee, to take the pills. Lee was six or seven weeks pregnant when she miscarried.

Welden admitted in a plea agreement that he forged the signature of his father, who is a Tampa-area obstetrician.

CBS affiliate WTSP reports Welden is under house arrest until he begins serving his sentence. He is reportedly expected to turn himself in Wednesday morning.