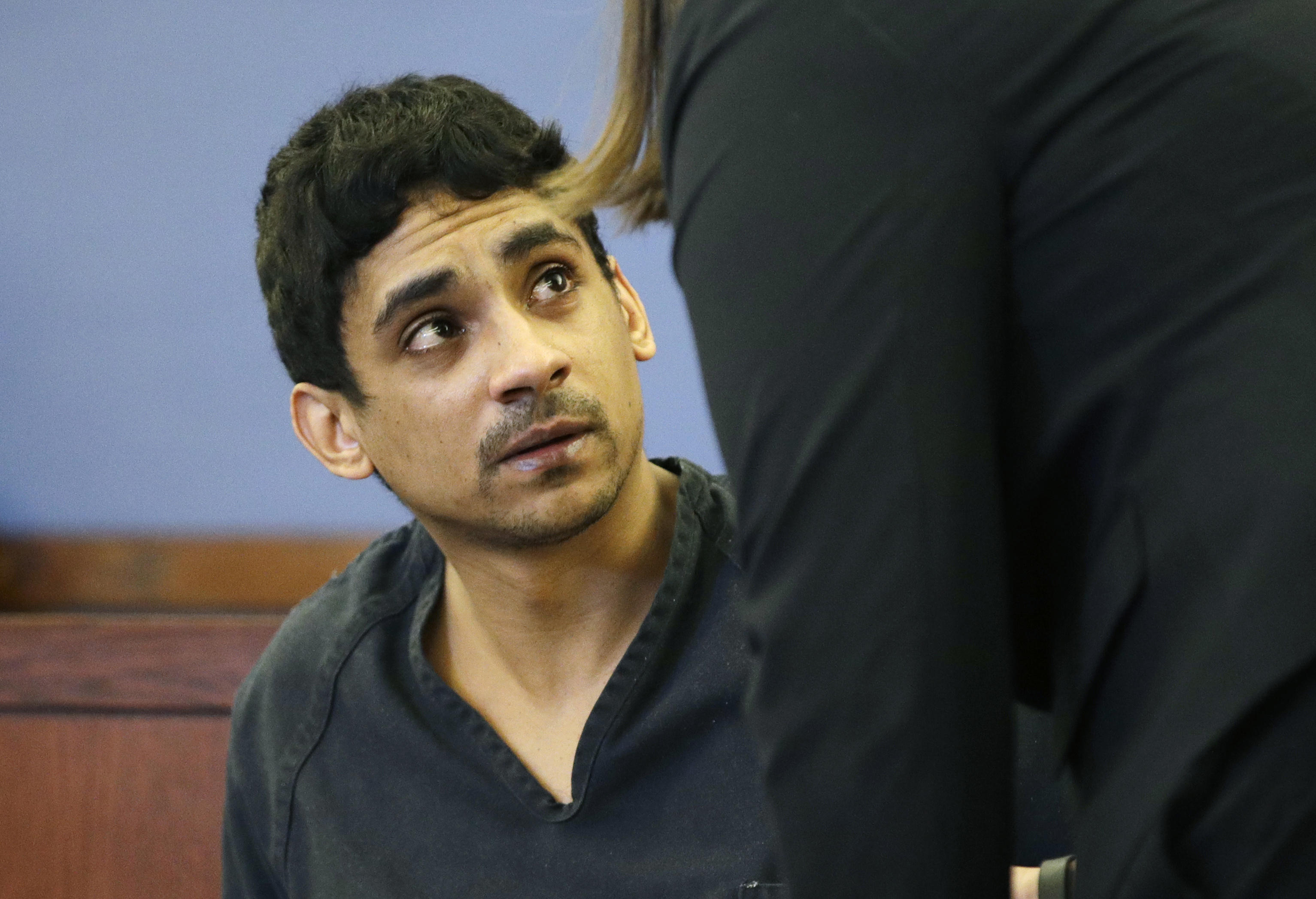 LAS VEGAS -- A man suspected of killing his young daughter, leaving the body in an abandoned property in Illinois and forcing his wife into prostitution in Las Vegas was charged Friday with abusing two other daughters kept captive in an apartment.

Jason Scott Quate was not asked to enter pleas during his arraignments on 34 felony counts of child sexual assault, abuse, lewdness and possession of pornography.

Katrina Ross, Quate's court-appointed lawyer in another case charging Quate with sex trafficking and living from the earnings of a prostitute, has said he will plead not guilty.

Convictions on the five child sex and 21 lewdness with a minor counts, combined, could get the 34-year-old Quate 385 years to life in Nevada state prison.

He is accused of keeping two daughters in a two-bedroom apartment after moving with them and his wife to Las Vegas early last year, having sex with one daughter, and injuring both girls with beatings using a belt or electrical extension cord.

Following his arrest June 6 on the prostitution-related charges, Quate told police that he killed his youngest daughter, Alysha, and concealed the body, according to an arrest report. He denied any sexual impropriety with the surviving daughters. He is being held without bail.

Police said the girls, now ages 13 and 11, are in child protective custody.

His wife, Elizabeth Odell-Quate, 35, remains jailed in Las Vegas after telling a judge she would not fight transfer in custody to Belleville, Illinois, to face felony charges of concealing a homicidal death. She faces no criminal charges in Las Vegas.

Neither parent has been charged in the death of the child.

The body found last week in Centreville, Illinois, has not been formally identified. The coroner in St. Clair County, Illinois, did not immediately determine a cause of death.

The remains were found after Elizabeth Odell-Quate went to a woman's shelter in Las Vegas and told police her husband killed their 6-year-old daughter, hid the body, and forced her into prostitution.

Las Vegas Police Department Lt. Raymond Spencer said that the wife told police that her husband was extremely abusive to her and the children.

"She also gave us some very disturbing details that she wasn't allowed to communicate with the children, she was forced to stay in a bedroom, the children could not speak with her and also the children were never allowed to leave the house," Spencer said, according to CBS affiliate KMOV-TV in Las Vegas.

Clark County District Attorney Steve Wolfson wants Jason Quate tried in Nevada before he is sent to Illinois, where he is sought on a warrant charging him with concealing a homicidal death, prosecutor James Sweetin said.

That charge carries a possible penalty of five years in prison.