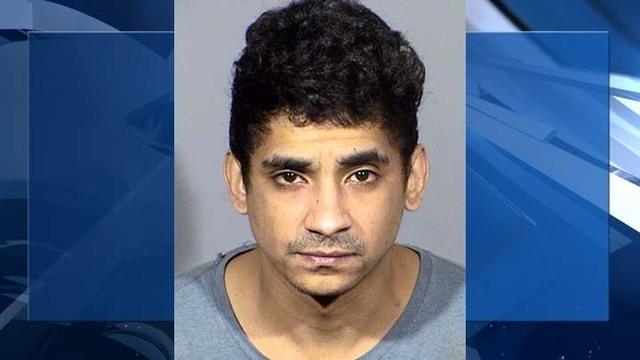 LAS VEGAS -- A woman who says she was sex trafficked in Las Vegas has led authorities to the body of a child in a vacant Illinois home, according to CBS affiliate KLAS.

Officers in Centerville, Illinois -- just outside St. Louis -- were led to the gruesome discovery when the woman went to a Las Vegas women's shelter Monday for help. The woman reportedly told shelter workers that she had escaped after being held captive in her Las Vegas apartment and sex trafficked by her husband for the last two years.

According to CBS affiliate KMOV, the unidentified woman said that she moved with her husband, 34-year-old Jason Quate, and their two teenage daughters from Illinois to Las Vegas about two years ago.

She said her husband had killed their third daughter, 6, during an altercation when the family was still living in Illinois. She directed Illinois authorities to a vacant home where they uncovered the body of a child in a container in a detached garage, KMOV reports.

The remains were wrapped in two blankets, the St. Clair County coroner Calvin Dye Sr.  told KLAS. The body found was so badly decomposed, authorities couldn't immediately determine the gender. Dye said a forensic anthropologist is investigating and a cause of death has yet to be determined.

A search warrant was served in Las Vegas, and early Tuesday morning, Quate was arrested on sex trafficking charges. Two children in the apartment showed signs of abuse and neglect and were taken into protective custody, KLAS reports. The mother reportedly told investigators Quate had sexually abused their two teen daughters.

"She stated that her husband was extremely abusive and had forced her to go out to solicit herself for prostitution and also was physically abusive to the children. She also gave us some very disturbing details that she wasn't allowed to communicate with the children, she was forced to stay in a bedroom, the children could not speak with her and also the children were never allowed to leave the house," Las Vegas Police Department Lt. Raymond Spencer told KMOV.

Authorities in Las Vegas are coordinating with officials in Illinois on the investigation into the child's death.