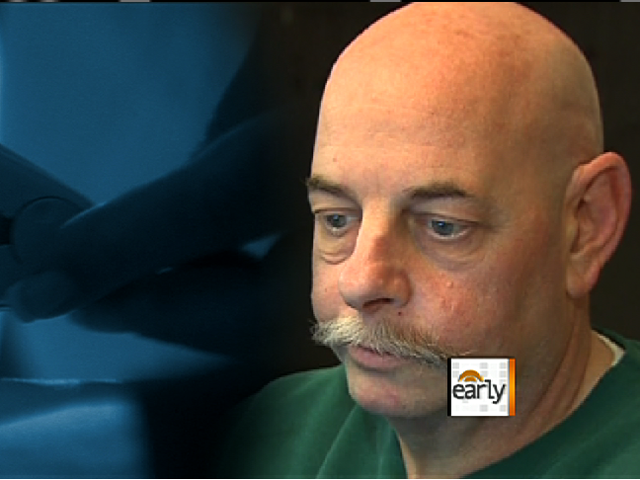 At the only gas station in tiny Goodhue, Minnesota, brothers Al and Roy Lodermeier know almost everything about how to fix your car.

But it's their 30 years as volunteer firefighters and first responders that taught them how to work on a stranger's heart.

"I guess if you stay at it long enough ... for all the rescuers who do this every day, some day you're gonna get lucky, Al Lodermeier tells CBS News' Betty Nguyen.

The lucky one was out-of-work chef Howard Snitzer, who collapsed on the sidewalk right across the street.

"I had a massive heart attack," Snitzer says.

Al started applying CPR within seconds and, in 15 minutes, the number of first responders and paramedics from two local towns had grown to 20.

Twenty pairs of hands, each taking their turn filling in for Harold's failing heart, somehow keeping his body alive.

A Mayo Clinic chopper was in the air, but flight nurse Mary Svoboda knew the odds were against them.

"He was basically dead," Svoboda explains. "He was having CPR performed. He had no pulse; he was not breathing; no signs of life."

Under even the best of circumstances, only 25-30 percent of cardiac arrest victims survive -- and about half of them will likely have some degree of brain damage.

Eleven electric shocks and injections of drugs to get Snitzer's heart beating again -- and nothing worked. It was time to pull the plug...and yet something told them to keep pumping.

Hiss heart had stopped beating for what is an eternity in matters of the heart, 96 minutes.

But suddenly, Snitzer's life and the lives of more than 20 others changed in a heartbeat.

One last injection, one last electric shock and 20 pairs of hands had somehow beaten the odds.

"I'm a chef, and I will be fattening those guys up until they beg for mercy," Snitzer says!

A man they had all but given up for dead ... was now alive.

"I definitely did cry," Snitzer admits. "I just pray that I can find a way to honor what you all did for me with at least leading a decent life, a healthy life."

So who are these heart rescuing heroes?

Ex-Guard Speaks Out About Di Tapes