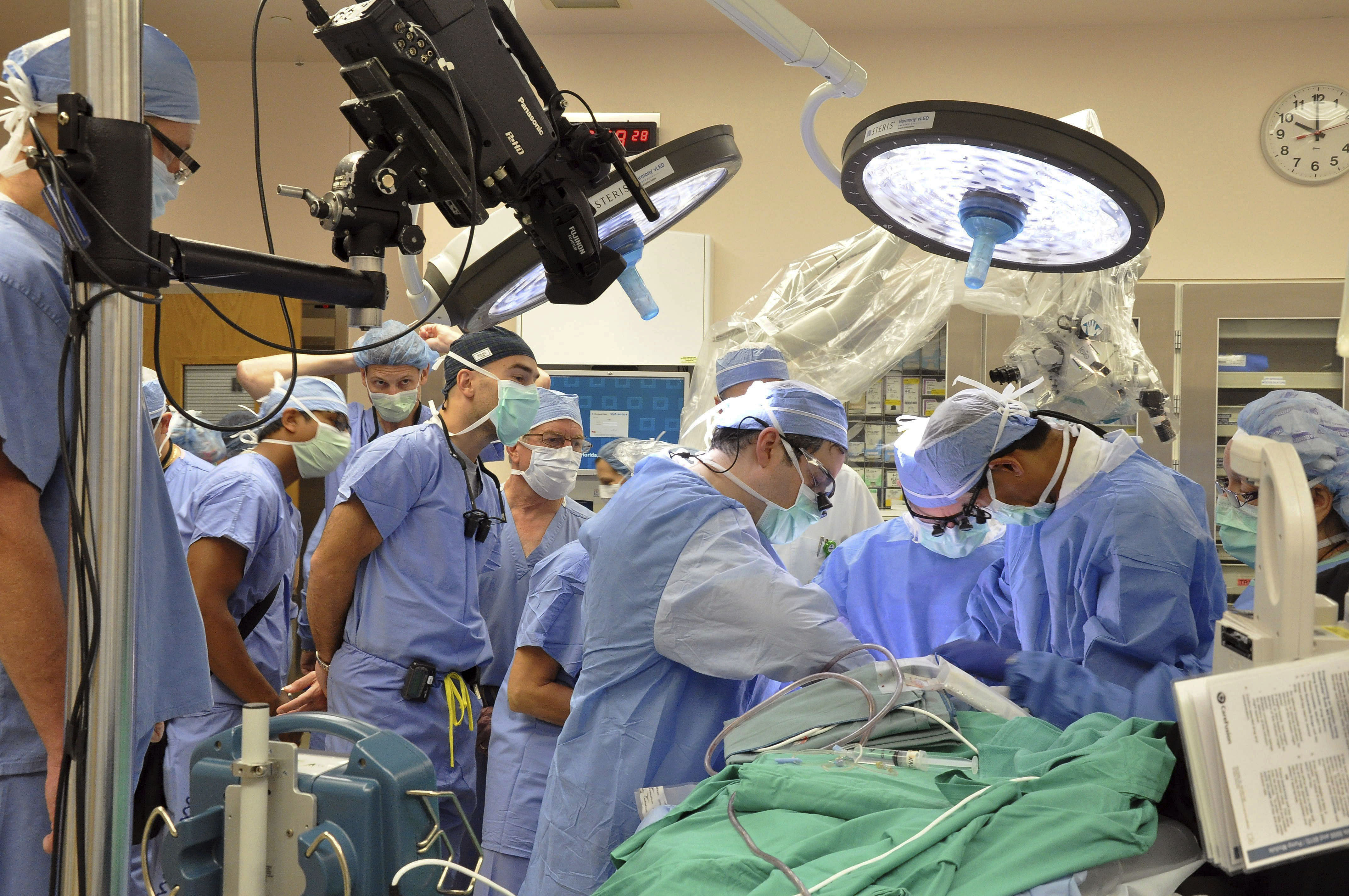 Surgeons at the Cleveland Clinic have replaced nearly the entire face of a middle-aged man severely disfigured in a car accident, the hospital announced Tuesday.

The operation took place in late September and was only the second face transplant done at the Ohio hospital. More than two dozen face transplants have been done around the world, starting in 2005 with a French woman mauled by her dog.

The hospital said the recipient wants to remain anonymous. In a statement released by the hospital Tuesday, the man said he is "grateful beyond words to the donor and his family for their amazing gift." The donor was not identified either.

The patient became a candidate for a face transplant after many tries to reconstruct his face failed to improve his quality of life, the hospital said in a statement. The man had trouble breathing and speaking, and the transplant offered the chance to save the limited sight in his sole remaining eye.

The patient is recovering well, breathing without a tube and is expected to be able to eat soon, the hospital said. He will need medicines for the rest of his life to prevent rejection of the transplanted face.

The Cleveland Clinic did the nation's first face transplant, in December 2008, led by Dr. Maria Siemionow. She is now at the University of Illinois at Chicago College of Medicine and consulted with the Cleveland Clinic on the most recent face transplant, and co-led the operation with Dr. Frank Papay, chairman of the Dermatology and Plastic Surgery Institute at the clinic.

The first U.S. face transplant patient, Connie Culp, has recovered well since the operation to replace the midsection of her face, which had been destroyed by a gunshot wound in 2004. She regained the ability to smell, taste and breathe normally.

The U.S. Department of Defense is providing money for these surgeries in hopes of helping soldiers disfigured in battle. Recipients have included Charla Nash, a Connecticut woman who was mauled by a chimpanzee. Her transplant was one of five done at Brigham and Women's Hospital in Boston; the University of Maryland Medical Center has also done one.

The University of Pittsburgh, the University of California, Los Angeles, and other medical centers also plan to offer face or hand transplants under the military program.

So far, only two face transplant-related deaths have been reported. One was a Chinese man who reportedly was not given or did not take medicines to prevent his body from rejecting his new face. The other was in Paris, a man who received a face and a double hand transplant. He suffered a heart attack during surgery for a complication.