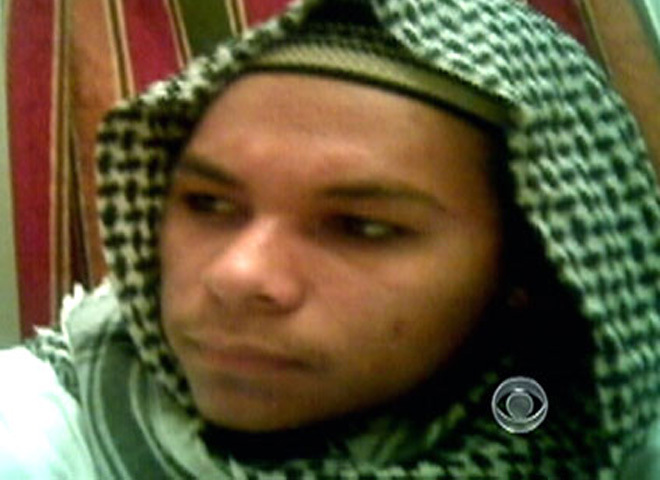 (CBS/AP) BALTIMORE - A Maryland man who said he wanted to wage jihad against the United States has been sentenced for plotting to bomb a military recruiting center.

Antonio Martinez, 22, was sentenced Friday in U.S. District Court in Baltimore to 25 years in prison.

Prosecutors said he armed a fake bomb in a vehicle he parked in front of a Catonsville recruiting center in December 2010.

They say he then went to a vantage point and used what he thought was a detonator when an undercover agent told him soldiers were in the building.

Martinez pleaded guilty in January, dropping his defense that the government tried to illegally trap him and accepting a plea deal.

During Friday's sentencing, Martinez gave a lengthy statement to the judge renouncing terrorism.