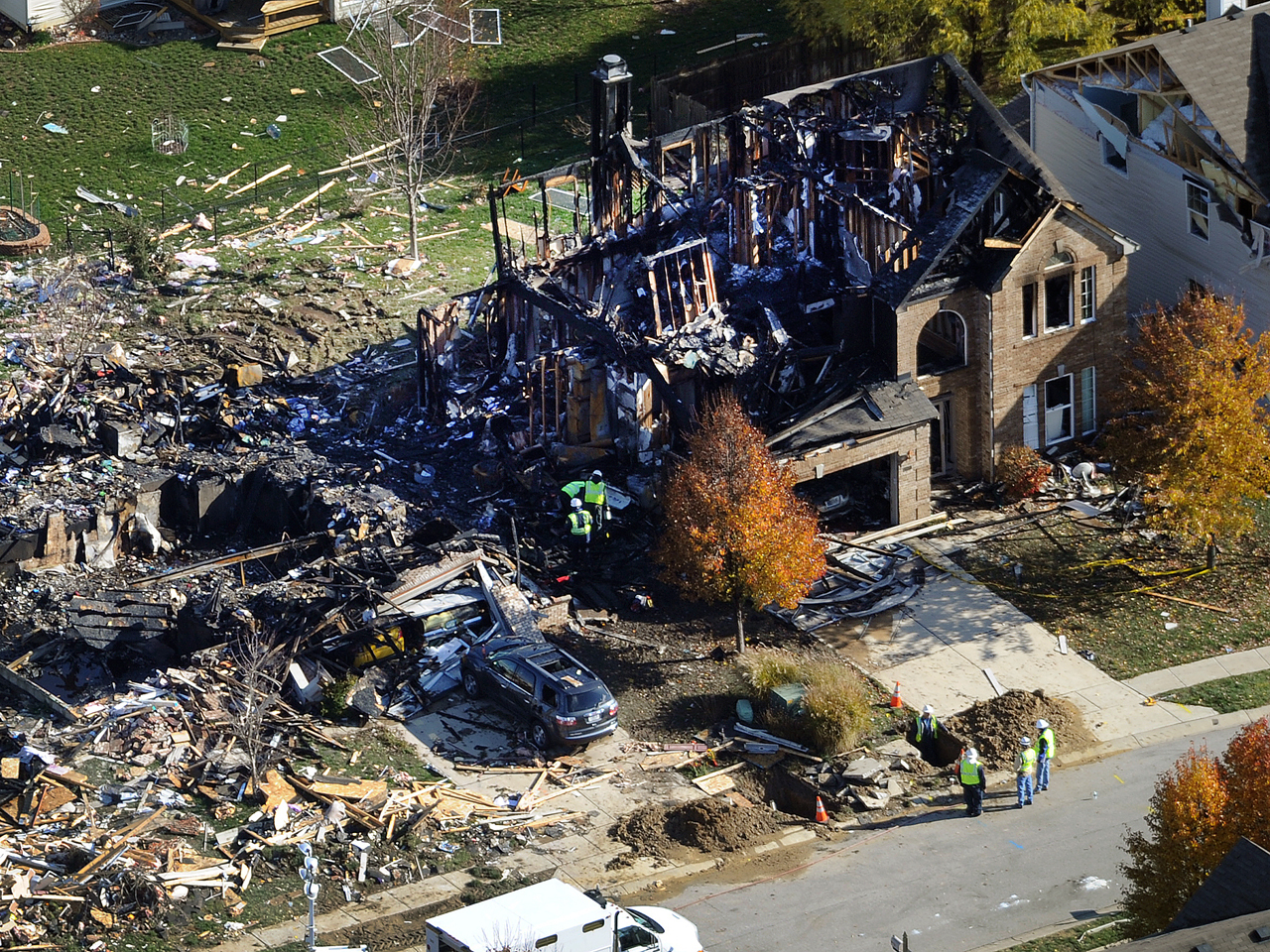 SOUTH BEND, Ind. -- A jury convicted an Indianapolis man of murder, arson and insurance fraud Tuesday for his role in a house explosion that devastated a subdivision nearly three years ago, killing a couple living in the neighborhood.

Mark Leonard, 46, was found guilty of all 53 counts against him, reports CBS affiliate WTTV. Prosecutors alleged Leonard was the mastermind behind the explosion, plotting with his then-live-in girlfriend Monserrate Shirley and his half brother Bob Leonard to blow up the home for $300,000 in insurance.

Shirley accepted a plea deal and testified against her former boyfriend. Bob Leonard and two others are awaiting trial.

In a statement after the verdict, Marion County Prosecutor Terry Curry called the explosion a "criminal act which resulted in the horrific deaths of Dion and Jennifer Longworth, injury to dozens of others, unparalleled property destruction, and the loss of a sense of safety and security for all residents of that neighborhood. "

A judge is to consider Wednesday whether to sentence Leonard to life in prison without parole. Curry said with so many convictions against Leonard, he essentially will be imprisoned the rest of his life regardless of the judge's decision on a life sentence.

"My heart and thoughts are with the Richmond Hill families as this has been a long path to holding someone accountable," said Gary Coons, Indiana Department of Homeland Security chief in a statement. "I pray for the families of Dion and Jennifer Longworth and Richmond Hills residents."

Defense attorney John Shircliff had called Shirley a "master liar" who wasn't a credible witness. During opening statements in the monthlong trial, defense attorney Diane Black described the explosion that damaged or destroyed 80 homes as "a stupid and selfish insurance fraud that went horribly wrong."

Prosecutors said in closing arguments that testimony showed Leonard wanted more than a small fire after two previous unsuccessful attempts to burn down the house the previous two weekends. They said he filled the house with natural gas and then poured gasoline in two rooms to make sure the third try didn't fail, using a canister in a microwave to ignite the blast.

Deputy Prosecutor Denise Robinson said Leonard and the others made sure they, Shirley's daughter Brooke and her cat Snowball were nowhere near the house at the time of the explosion "because of the probability of what would happen" after removing safety valves, allowing natural gas to pour into the house.

Shirley, who accepted a plea deal and agreed to testify against her former boyfriend, said Leonard told her he was only planning a small fire. She said at first she dismissed it as a "crazy" idea. But she said he wouldn't take no for an answer and he told her no one would get hurt.

Testimony included neighbors describing being awakened by what some described as the loudest noise they ever heard, with some believing the explosion occurring in their own homes. Others testified they thought a plane had crashed into the neighborhood. Firefighters gave emotional testimony about trying to rescue John "Dion" Longworth, whom they could see in the basement through a hole and one firefighter could grab his arm, but they couldn't pull him out before he was overcome by flames.

"He was saying, 'It's so hot, so hot. Get me out! Please, get me out!" Indianapolis firefighter Richard Shirven said.

Prosecutors told jurors they don't believe Leonard intended to kill the Longworths but that by using a combination of natural gas and gasoline he should have known the possibility of someone dying.

The prosecution presented 169 witnesses during the trial while the defense called one, an Indianapolis police detective who described how sincere Shirley seemed when telling him two days after the explosion she didn't know how it happened.

The defense laid the groundwork for a possible appeal by making several requests for mistrials, including one over alleged prosecutorial misconduct that led St. Joseph County Superior Court Judge John Marnocha to delay testimony for a day. The most recent request came Monday, when Shircliff argued that Robinson had mischaracterized the testimony of an agent from the Bureau of Alcohol, Tobacco, Firearms and Explosives as evidence during her closing statement.