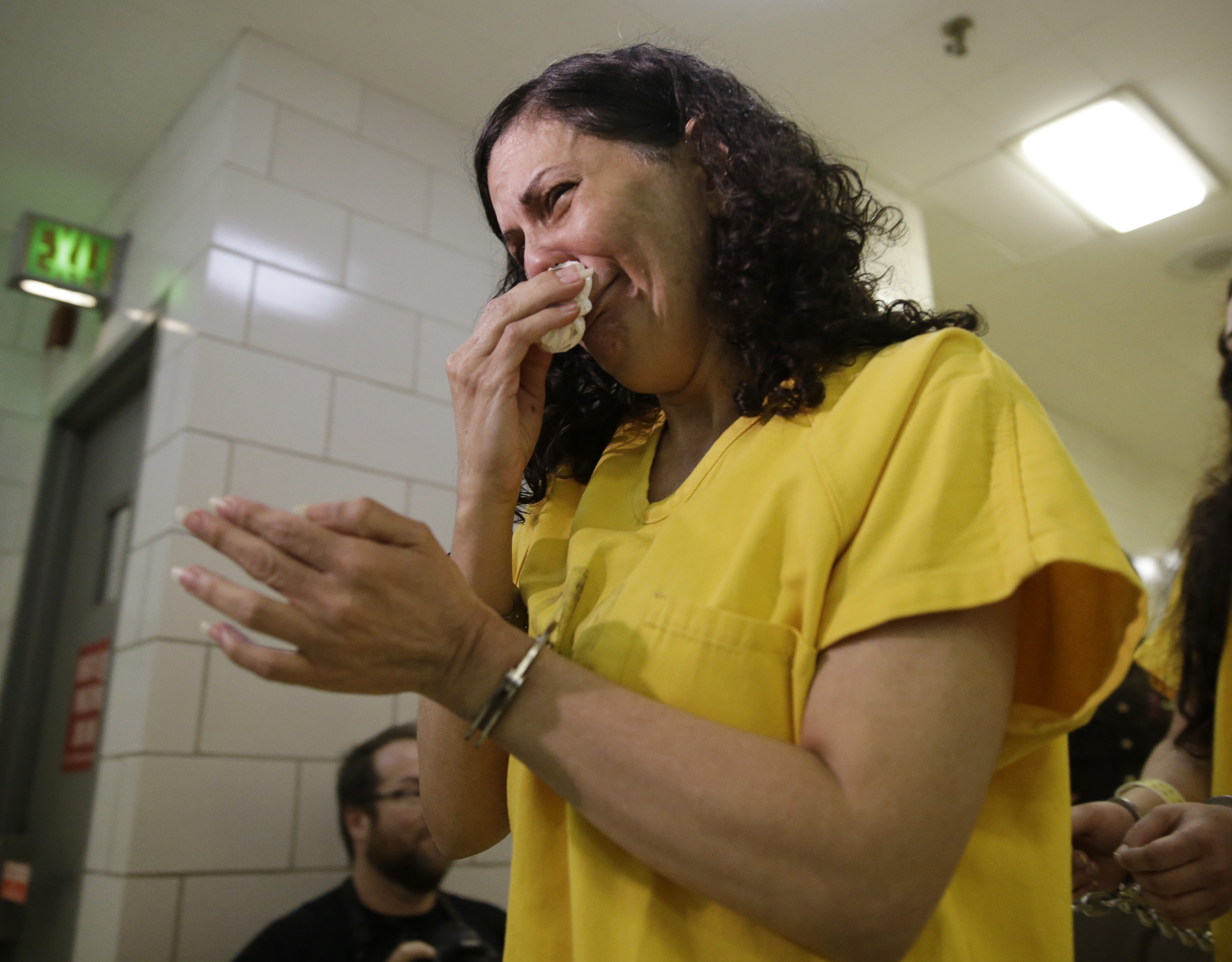 INDIANAPOLIS -- A woman charged in a deadly 2012 house explosion in Indianapolis agreed to plead guilty to conspiracy to commit arson and to testify against at least two other people in the fiery natural gas blast that damaged dozens of homes.

Monserrate Shirley, who had initally pleaded not guilty after she and two men were charged in late 2012, appeared Tuesday before a Marion County judge in a courtroom filled with current and former residents of the neighborhood scarred by the blast.

Marion Criminal Court Judge Sheila Carlisle told Shirley she was taking her plea agreement under advisement and that it could be "months or years" before she decides whether to accept it. Shirley must first fulfill her pledge to cooperate with prosecutors against the other defendants.

Under her deal, the 49-year-old would admit to two counts of conspiracy to commit arson and prosecutors would drop 52 charges, including two counts of murder. Shirley would have to testify against former boyfriend Mark Leonard and his brother, Bob Leonard, as well as "any other individuals as yet uncharged" in the Nov. 10, 2012, explosion.

The deal would allow Shirley to avoid a possible sentence of life without parole. Instead, she could face from a minimum 20-year suspended sentence with probation, to a maximum 50-year prison term.

Prosecutors allege Shirley and the Leonard brothers rigged the blast in her home on Indianapolis' south side as part of a scheme to collect $300,000 in insurance.

The explosion killed 34-year-old electronics expert Dion Longworth and his 36-year-old wife, second-grade teacher Jennifer Longworth. The blast damaged more than 80 homes, several so badly that they had to be razed.

Prosecutors previously said the trio made one attempt to blow up Shirley's home that failed. But Shirley's plea agreement states that Mark Leonard and "an uncharged individual" had earlier tried to set the home on fire.

Before all three attempts, Shirley made arrangements for herself, Mark Leonard and her daughter to stay elsewhere and boarded the family cat, according to court documents filed Tuesday.

Marion County deputy prosecutor Denise Robinson said after the hearing that Shirley has provided information that could lead to charges against others and is "continuing to talk" to prosecutors.

"From a prosecutor's perspective it means that we have now direct evidence of the crime. In other words, we have someone who was on the inside, who was a party to making certain observations, overhearing certain statements, who's now cooperating with the state," she said.

Tony Burnett, who lived across the street from Shirley's home, said after the hearing that he was "angry and disappointed" with the deal because it includes the possibility Shirley could get a suspended sentence.

"She could walk out with nothing but time served? That doesn't sound right to me in any way - not to mention the deaths of two people," said Burnett, who moved elsewhere after his home was razed due to the explosion.

Robinson said she anticipates arguing for "a significant sentence" for Shirley.

Court documents said Shirley was facing mounting financial woes, including $63,000 in credit card debt. A friend of Mark Leonard's told investigators Leonard said he had lost about $10,000 at a casino weeks before the explosion, according to court documents.

Prosecutors have said investigators determined that Shirley's home filled up with gas after a gas fireplace valve and a gas line regulator were removed. A microwave, apparently set to start on a timer, sparked the explosion.

Mark Leonard's trial is scheduled to begin June 4 in St. Joseph County. It's unclear when Bob Leonard will be tried.

Messages seeking comment left Tuesday for the brothers' attorneys were not immediately returned.

Indianapolis defense attorney Bob Hammerle, who is not involved in the case, said Shirley's testimony would have a significant impact on the brothers' defenses. But he also noted the brothers' attorneys can challenge Shirley's credibility, given that she initially claimed to be as much a victim of the explosion as her neighbors.