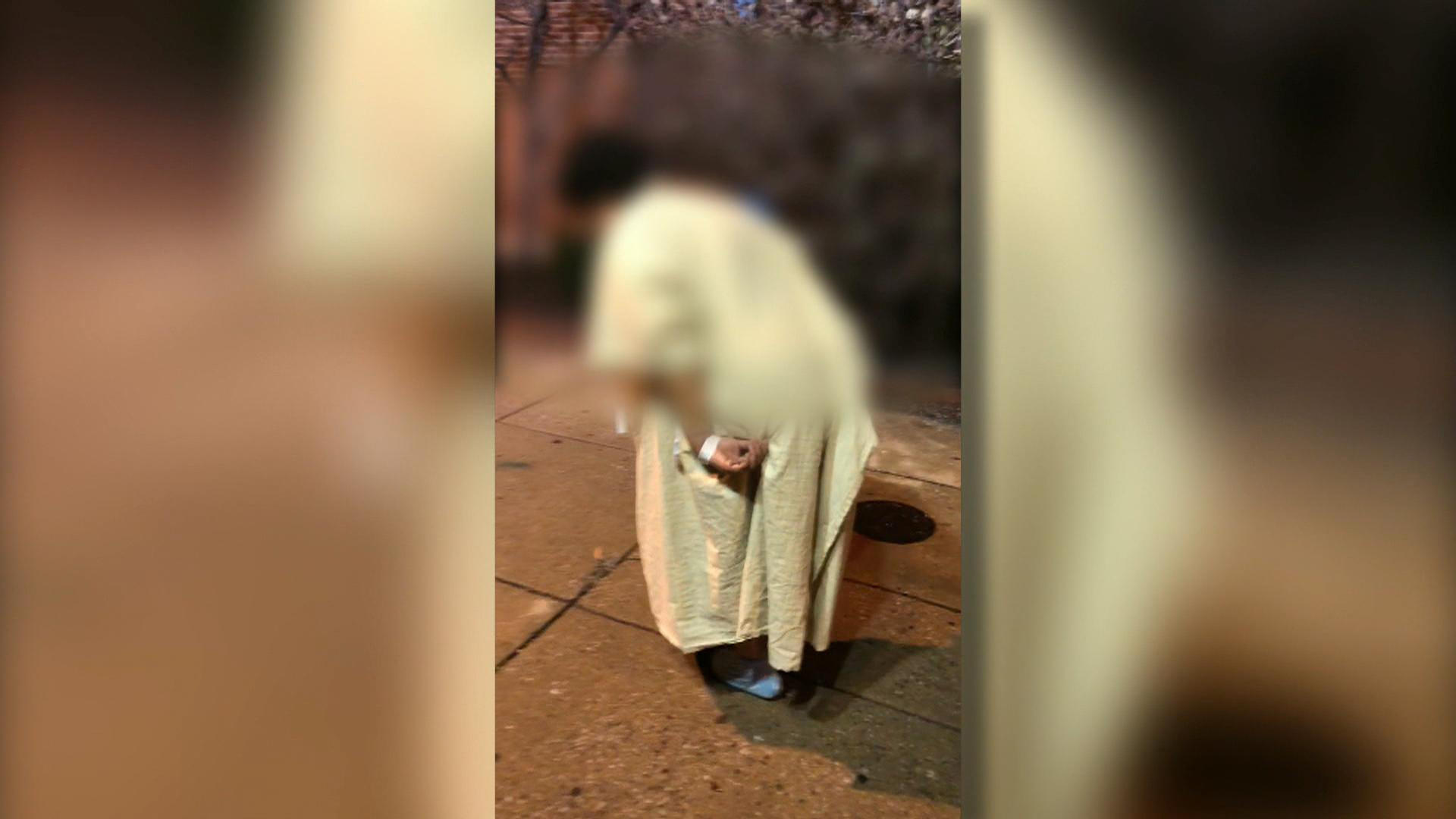 BALTIMORE -- Overnight, Imamu Baraka was walking past a Baltimore hospital when he noticed something he says he'll never forget.

The hospital's security guards had just wheeled a patient to a bus stop, and in the freezing temperatures they left her there. The only thing she had on was a hospital gown.

"It's about 30 degrees out here right now," Baraka says in a recording of the encounter. "Are you OK, ma'am? Do you need me to call the police?" he asks.

It's called "patient dumping" and it doesn't just happen in Baltimore. In 2007, "60 Minutes" investigated the practice of removing homeless patients from Los Angeles hospitals and leaving them downtown.

Often the patients are not insured or have other financial issues, but it's unclear if that was the case in Baltimore.

"Come on and sit down," Baraka repeatedly says to the patient in the recording. "I'm going to call and get you some help."

In a statement, the University of Maryland Medical Center said that they "share the shock and disappointment of many who have viewed the video. In the end we clearly failed to fulfill our mission with this patient."

The man who recorded the video called 911, and says medics ended up taking the patient back to the same hospital. Now a review is underway that could lead to personnel action against the hospital employees involved.