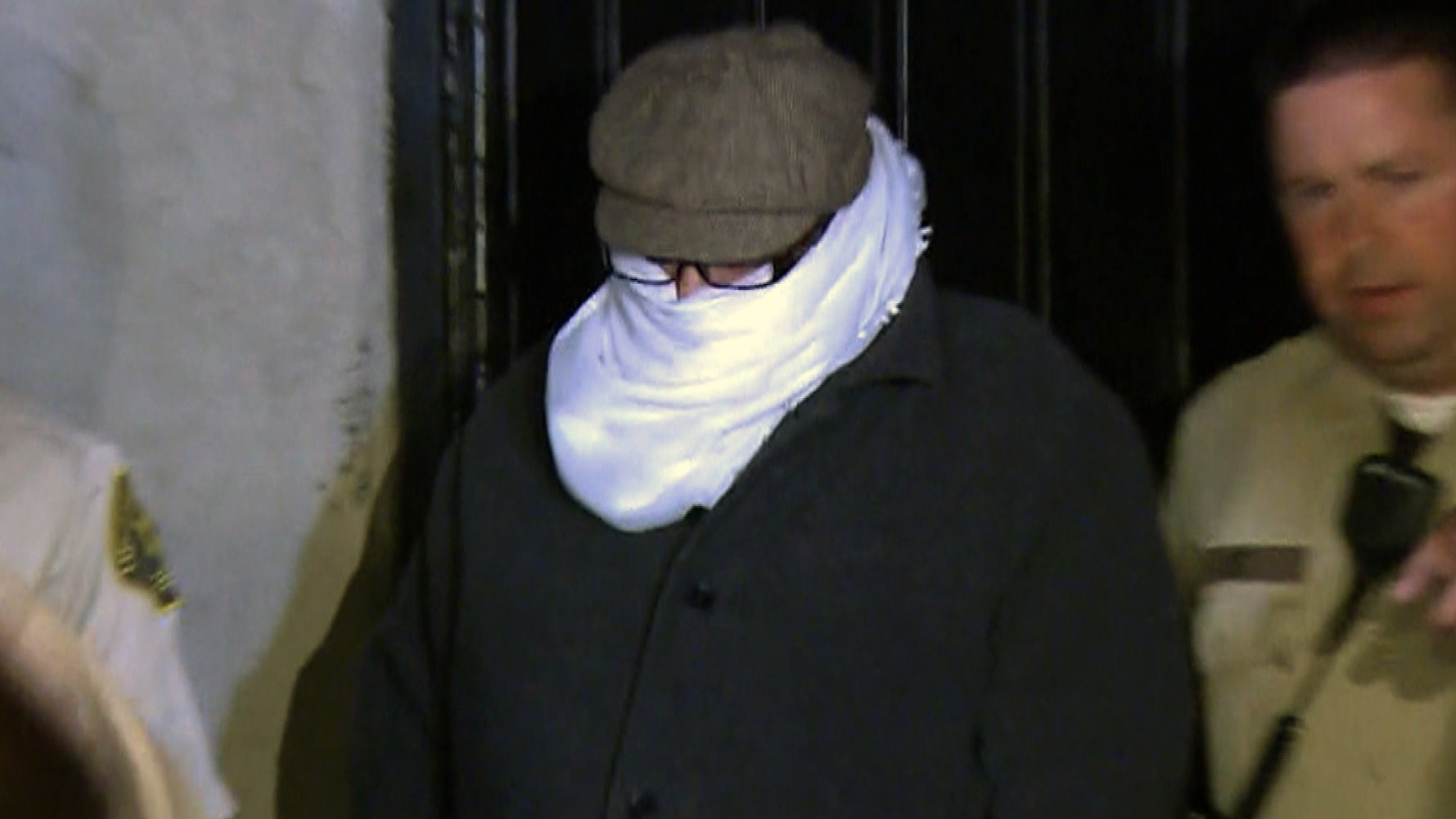 LOS ANGELES A federal judge on Thursday ordered the man behind a crudely produced anti-Islamic video that inflamed parts of the Middle East to be detained because he is a flight risk.

"The court has a lack of trust in this defendant at this time," Segal said.

Nakoula, 55, was arrested Thursday. He had eight probation violations, including lying to his probation officers and using aliases, and he might face new charges that carry a maximum two-year prison term, authorities said. Nakoula will remain behind bars until another hearing where a judge will rule if he broke the terms of his probation.

Nakoula wore beige pants and a collared shirt when he was led into the courtroom handcuffed and shackled. He appeared relaxed, smiling at one point before the hearing and conferring with his attorney.

After his 2010 conviction, Nakoula was sentenced to 21 months in prison and was barred from using computers or the Internet for five years without approval from his probation officer.

Protests have erupted around the Middle East over a 14-minute trailer for the film "Innocence of Muslims" that depicts Prophet Muhammad as a womanizer, religious fraud and child molester. Though the trailer was posted to YouTube in July, the violence didn't break out until Sept. 11 and has spread since.

Nakoula's jailing appeared to be having little immediate effect on protests expected after Friday prayers in Islamabad, the Pakistani capital, a senior government official speaking on condition of anonymity told CBS News. He said the detention "will not subdue the protests immediately." However, he said, the government expected fewer participants than there were a week ago.

Nakoula, a Christian originally from Egypt, went into hiding after he was identified as the man behind the trailer.

In court Thursday, Assistant U.S. Attorney Robert Dugdale said Nakoula was flight risk, partially because of the uproar over the film. The violence in the Middle East broke out Sept. 11 and has spread since, killing dozens, including Ambassador to Libya Christopher Stevens.

"He has every incentive to disappear," Dugdale said.

The hearing had an unusual wrinkle as the news media were banned from the courtroom, and reporters had to watch the proceedings on a TV in a different courthouse a couple blocks away. Court officials didn't give a reason for the decision.

Nakoula's attorney Steven Seiden sought to have the hearing closed and his client released on $10,000 bail. He argued Nakoula has checked in with his probation officer frequently and made no attempts to leave Southern California.

Seiden was concerned that Nakoula would be in danger in federal prison because of Muslim inmates, but prosecutors said he likely would be placed in protective custody.

The full story about Nakoula and the film still isn't known.

The movie was made last year by a man who called himself Sam Bacile. After the violence erupted, a man who identified himself as Bacile called media outlets including The Associated Press, took credit for the film and said it was meant to portray the truth about Muhammad and Islam, which he called a cancer.

Before going into hiding, Nakoula acknowledged to the AP he was involved with the film, but said he only worked on logistics and management.

A film permit listed Media for Christ, a Los Angeles-area charity run by other Egyptian Christians, as the production company. Most of the film was made at the charity's headquarters. Steve Klein, an insurance agent in Hemet and outspoken Muslim critic, has said he was a consultant and promoter for the film.

The trailer still can be found on YouTube. The Obama administration asked Google, YouTube's parent, to take down the video but the company has refused, saying it did not violate its content standards.

Meantime, a number of actors and workers on the film have come forward to say they were duped. They say they were hired for a film titled "Desert Warrior" and there was no mention of Islam or Muhammad in the script. Those references were dubbed in after filming was completed.

Actress Cindy Lee Garcia has sued to get the trailer taken down, saying she was duped.