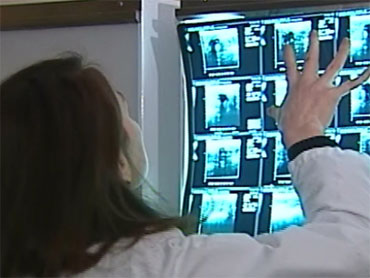 Some women like 47-year-old Sharon Whitmore, a breast cancer survivor, credit mammograms with saving their lives.

Whitmore, cancer-free for almost a year, told CBS News she fears the guidelines released this week by a federal government task force will prevent women her age and younger from getting routine protection.

In 1997, its data revealed similar findings, igniting a vigorous public and congressional debate much like today's, which has prompted the Obama administration to distance itself from the panel's findings.

Health and Human Services Secretary Kathleen Sebelius told CBS News, "Our recommendations really are do what you've always done, read the task force report, but then talk to your doctor."

Sebelius says the panel will not dictate policy or determine what services are covered by the government.

But some physicians think the panel's findings have merit.

Dr. Susan Love, of Susan Love Foundation, said, "The data doesn't support doing mammography screening in younger women. It doesn't show that it will save lives or change the outcome."

The National Cancer Institute says it will include the new guidelines in information it sends to doctors.

CBS News medical correspondent Dr. Jennifer Ashton said on "The Early Show" doctors have known that mammography is not a "perfect screening tool," however, it is the best doctors currently have.

"Like many women, a lot of doctors are feeling, don't remove it or take it that away from our arsenal without replacing it with something better at the same time," Ashton said. "And I think that women and doctors are feeling that controversy."

As for Sebelius' assertions that the government is not taking mammograms away, Ashton said, that's "for now."