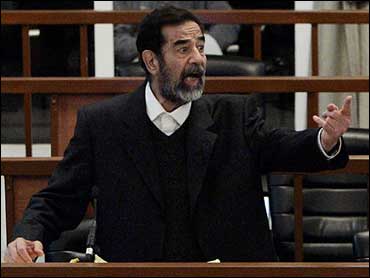 It's advice that's almost become gospel: Getting a mammogram could save your life.

Now some scientists are challenging whether that's true — and the controversy is serious enough that even the National Cancer Institute is reviewing its guidelines.

For now, the advice hasn't changed: Women should begin getting mammograms in their 40s, said Dr. Peter Greenwald, the NCI's cancer prevention chief.

That advice is based on studies done in the 1970s and '80s that concluded mammograms can cut deaths from breast cancer by 30 percent.

But now two Danish scientists have reanalyzed those studies and concluded they had so many flaws in the way they were conducted that it's impossible to say whether mammograms really reduce deaths.

Those analyses are causing a scientific uproar, and many specialists do not accept them.

"The bulk of the evidence at this point continues to endorse mammography as a useful tool in potentially reducing one's risk," said Dr. Robert Young, president of the American Cancer Society.

Still, the controversy is about to get more of a consumer airing. This week, advisers to the NCI took up the issue, and agreed with the Danes. This group, called the PDQ editorial board, is responsible for updating scientific information on the government's main cancer Internet site, and may add to the site by spring the warning that mammography's lifesaving promise is in doubt.

"That translates into, 'You should not make the decision lightly,"' said Donald Berry of Houston's M.D. Anderson Cancer Center, a panel member who is helping draft the opinion. "It is something that a woman can reasonably choose not to do and not feel that she's harming her health."

The cancer institute isn't bound by its advisers' opinions, but is going to review its mammogram recommendations.

"We're going to take a look at this as efficiently as we can, but it is complex and will take some time" to settle, Greenwald said.

Meanwhile, as to whether the controversy will discourage some women from getting the tests, he said: "I'm afraid that's true."

In addition to the studies that backed mammograms, the advice is based on the premise that early detection is crucial. Indeed, for some cancers, such as cervical cancer, that premise is beyond dispute.

But for other cancers, such as prostate cancer, early detection has proved controversial. It's not easy to predict if men need aggressive prostate cancer treatment or if they have one of the forms of that disease that grows so slowly it will never threaten them.

Now with breast cancer, "what we're seeing is that the thing we've believed for so long — that finding cancer early is good — may not be right," Berry said. "It may be that when we find it either the cat's out of the bag or not, and if we had delayed" the womawould have had the same outcome.

But the lifesaving debate aside, mammography has another benefit, says Young of the American Cancer Society. Finding tumors when they're smaller often can mean the difference between breast-conserving surgery or a mastectomy, he said.

Everyone acknowledges mammograms aren't perfect. Many of the abnormalities they uncover turn out to be benign, causing unnecessary anxiety and additional testing. Also, better mammograms are uncovering more tiny tumors called "ductal carcinoma in situ" that aren't invasive cancer and don't always become life-threatening. Many experts think such patients are overtreated, but there's no way to tell in advance who will be endangered.

Some of the most provocative mammogram studies were performed by Swedish researchers who are being urged to release all their records so independent reviewers can decide if the data's truly faulty.

In Britain and some other countries where far fewer women get mammograms, new studies are under way that might help answer how beneficial the testing is, Berry said.

And "it is quite conceivable" that in about 10 years, scientists will have new tests that can tell if a mammogram-spotted tumor is truly life-threatening or a slow grower, he said.