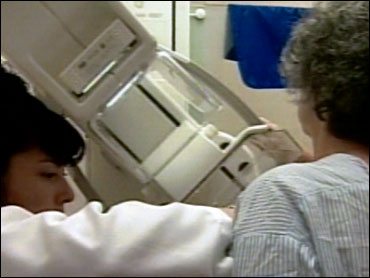 Last month, a government-appointed panel recommended that most women start getting mammograms at age 50, rather than 40, and have follow-up screenings every two years, instead of every year.

After a nationwide uproar, members of the task force were questioned about the changes at a congressional hearing on Wednesday.

CBS News medical correspondent Dr. Jennifer Ashton explained on "The Early Show" that the panel hasn't changed any of their policy, guidelines, or recommendations.

"They simply repackaged the way in which it was stated," Ashton said. "To be clear, those guidelines were significant as much for what they found as for what they didn't find, specifically this task force acknowledges that mammograms do save lives, even for women in their 40s."

Mammograms are not a perfect screening test, Ashton said. Mammograms can potentially miss cancers -- resulting in a false negative -- and can find things in the breast that are not cancerous -- a false positive.

"In their opinion, it does more harm than good (to do mammograms), so they're leaving it up to the women and their doctors to make individual choices," Ashton said.

The government panel, Ashton pointed out, did not contain a medical oncologist or cancer specialist, radiologist or other expert in imaging tests, or doctor who works with women on an everyday basis, such as a gynecologist.

Ashton said, "Women need to be their own health advocate and discuss any confusion, any concerns, as well as screenings, with their doctors."

As for the panel finding that self-breast exams are not viable or valuable, Ashton said she thinks women should continue to perform self-breast examinations and know their own bodies.