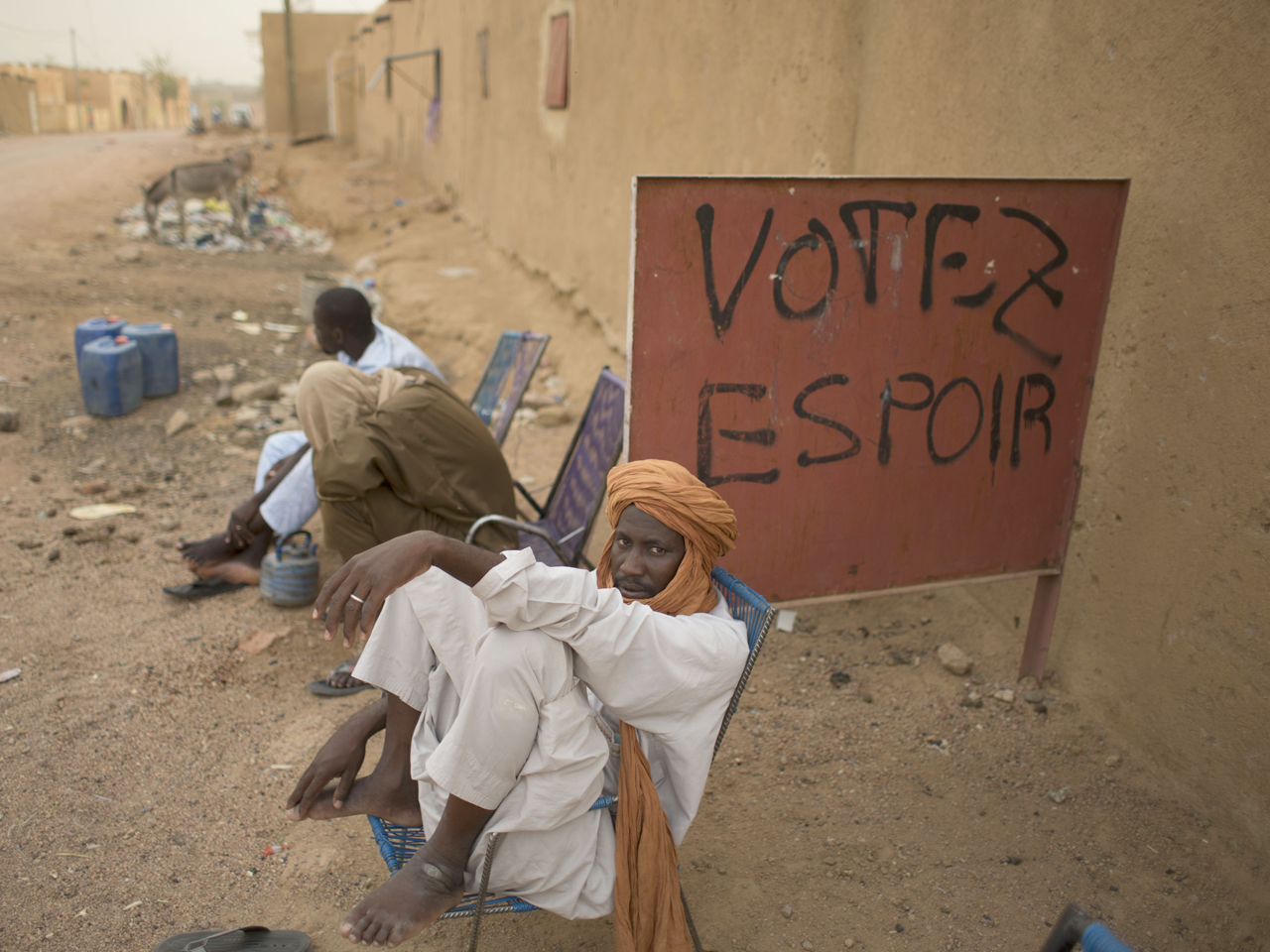 KIDAL, Mali Voters headed to the polls Sunday in Mali's first election since last year's coup, struggling to cast their ballots despite the logistical and technical problems that have plagued the hastily-organized poll. Tens of thousands of people who registered to vote do not appear on the voter roll.

In the contested region of Kidal in north Mali, only a trickle of voters made their way past security checkpoints guarded by U.N. peacekeepers in flak jackets, who checked the men's turbans and voluminous robes for signs of explosives. And the majority couldn't find their name on the lists posted outside their polling station, or else found their name but couldn't find their polling booth. Several voting stations failed to open because one or more of the election workers didn't show up.

Kidal was the birthplace of last year's uprising by Tuareg separatists, a rebellion which set in motion a sequence of events that led to the coup in the capital, after disgruntled soldiers mutinied over the army's inept and lackluster handling of the insurgency. The rebels capitalized on the security vacuum created by the coup in the south. They pushed into the main cities in northern Mali, occupying and briefly holding an area the size of France, before being pushed out by al Qaeda's fighters in the region. For the brief interval in which they controlled northern Mali, the separatists declared the birth of a new Tuareg nation, named "Azawad."

Throughout the morning as people in Kidal tried to vote, rebels holding the Azawad flag crisscrossed the town center on motorcycles, speeding past polling stations, screaming, "Yes to Azawad, No to Mali."

Officials are worried that the legitimacy of the election will be undermined by low voter turnout, technical lapses that prevent people from voting, and the contested status of Kidal where the rebels remain in control of numerous government buildings. Overnight, the Movement for Oneness and Jihad in West Africa, one of the al Qaeda-linked groups which seized part of Mali's north on the heels of the Tuareg separatists, issued a threat that said they planned to attack polling stations, according to the Noukachott Information Agency, a Mauritanian website frequently used by the jihadists to post messages.

A total of 6.8 million people registered to vote in this West African nation of nearly 15 million. They are choosing from a list of 28 candidates on the ballot, though politician Tiebile Drame pulled out of the race last week, citing the uncertainty over the vote in Kidal as well as the massive technical lapses.

"There have been problems in the past. But nothing like the mountain of unresolved problems I see today," he said the day before pulling out of the race last week. "This crisis is infinitely more serious, more dangerous. Never before has the question of our territorial integrity been in play like it is today. This demands a particular level of attention. A rushed election is going to equal a botched election."