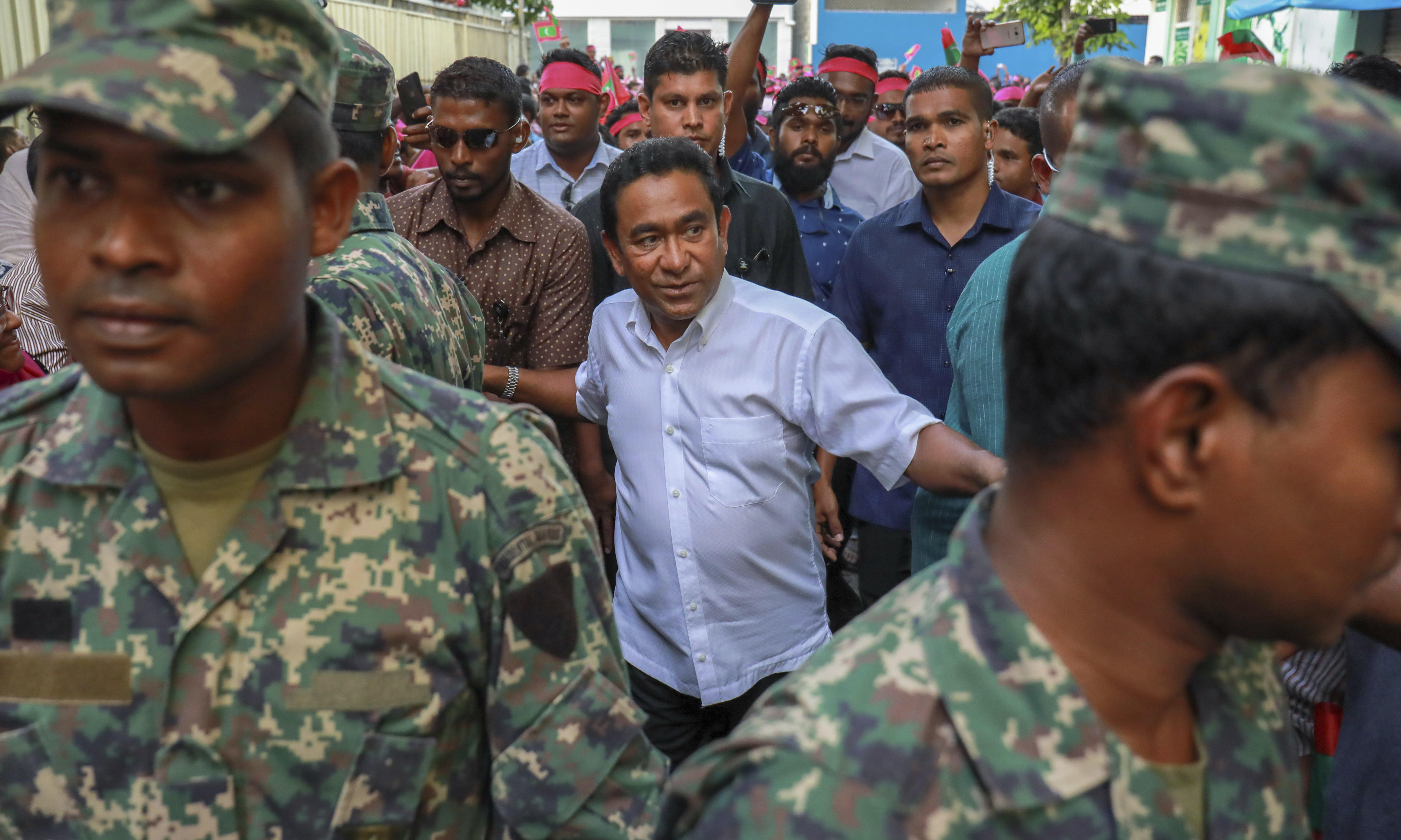 The president of the Maldives said Tuesday that he had imposed a state of emergency on the island nation to investigate "this plot, this coup" of a Supreme Court ruling last week ordering the release of imprisoned opposition leaders.

Speaking on national television on Tuesday, President Yameen Abdul Gayoom said the court's actions were "an obstruction of the very ability of this state to function."

Yameen, who has rolled back a series of democratic reforms during his five years in office, has said that the court overstepped its authority in ordering the politicians to be released, and the order "blatantly disrupts the systems of checks and balances."

Gayoom's government has moved to assert its power since the Supreme Court ordered several imprisoned opposition politicians to be freed late last week.

The government announced the 15-day state of emergency on Monday night, giving it sweeping powers, including to make arrests, search and seize property and restrict freedom of assembly.