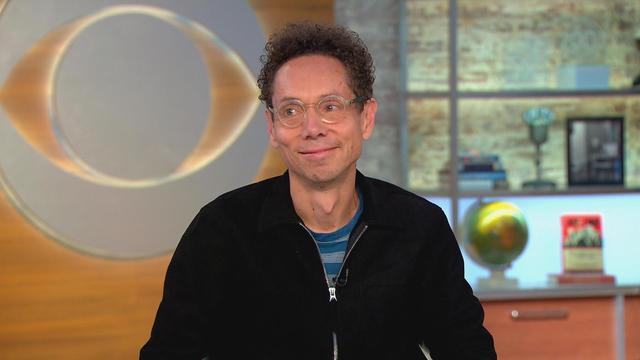 Malcolm Gladwell is the author of five New York Times bestsellers and the host of an iTunes chart-topping narrative podcast which has just returned for a third season. But the writer told "CBS This Morning" he never really thought much about how he writes, until recently. Now, Gladwell is sharing his skills through an online writing course for MasterClass.

"I actually sat down and as I prepared for doing it, I thought about, well, how do I approach the task of writing. So it was really an interesting kind of moment. It's like being on the couch at the shrink, you know. You sort of get a window into your own mind for the first time," Gladwell said.

In the course he argues that creating suspense is as possible in nonfiction writing as it is in fiction. Another reason for doing the class, he said, was that it's just another way to connect with his audience.

"I think that everything in the media world is exploding and changing so quickly that I think if you're a writer, you have to start exploring other ways of reaching your audience… If I only write books, I feel I'll lose contact with a large portion of the population," he said.

It's also the reason he does his "Revisionist History" podcast which explores events and ideas from the past that are often overlooked or misunderstood. He said there are things you can do with sounds that you can't on the page. As an example, he cited an upcoming episode where he interviews musician Jack White.

"He plays Elvis songs for me and it's just this moment of incredible intimacy," Gladwell said.

Another example is his most recent episode about what he calls his "increasing discomfort with the risks and costs of football." In it, he speaks with family whose son took his own life after being diagnosed with CTE.

"I'm sitting in the room with the mom, the dad, and the brother, and the sister-in-law, and the kids and the dog and it's all happening all around you. And it's just -- that's what makes it moving and powerful."

NASA spacecraft is about to hit an asteroid "head-on" at 15,000 mph
Thanks for reading CBS NEWS.
Create your free account or log in
for more features.
View CBS News In
CBS News App Open
Chrome Safari Continue
Be the first to know
Get browser notifications for breaking news, live events, and exclusive reporting.