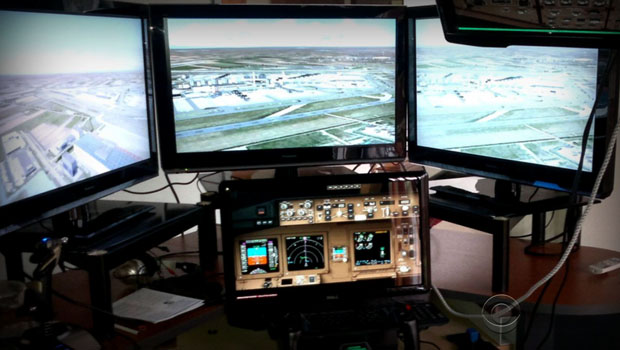 The disappearance of Malaysia Airlines Flight 370 is raising new questions about the tracking technology inside airplane cockpits.

Do those systems make it too easy for someone to take control and cause a disaster?

The primary transponder on board Flight 370 was turned off, preventing air traffic controllers from tracking the plane, CBS News' Jeff Pegues reports.

Heading into day 12 of the search, many are wondering why these important plane systems can be switched off at all.

Every commercial aircraft is equipped with a primary and backup transponder. If one turns off, the other can be activated manually. In the case of Flight 370, after the primary transponder was powered down, the backup didn't activate, and the plane disappeared from radar.

A call for transponders to be automated and not hand-operated by pilots gained momentum following the 9/11 attacks. On three of the hijacked planes, the transponders were turned off. On the fourth, the codes were switched, erroneously identifying the plane that crashed into the World Trade Center South Tower.

The movement failed to lead to changes largely because aviation experts believe pilots should have the flexibility to control the system.

Transponders may need to be reset if they malfunction or in case of an electrical emergency.

Retired United Airlines pilot Ross Aimer said, "Where there's a possibility of fire or smoke, we need to be able to immediately turn that component off."

Once a plane is on the ground and within vision of air traffic control, a transponder in the "on" position could clutter radar.

Though new technology has helped mitigate the problem, many are not convinced it's enough to eliminate the manual operation of transponders.

Scott Brenner, the former chief spokesman for the Federal Aviation Administration, said, "It's a very short-sighted solution to say, 'Let's have the transponder so you can't turn them off.' Pilots need to have control of their cockpit. They have to be able to control every part of it."

Transponders offer air traffic controllers a location of a plane by calculating airspeed and altitude. Without it, investigators in that area are relying on a satellite that cannot offer a specific location.