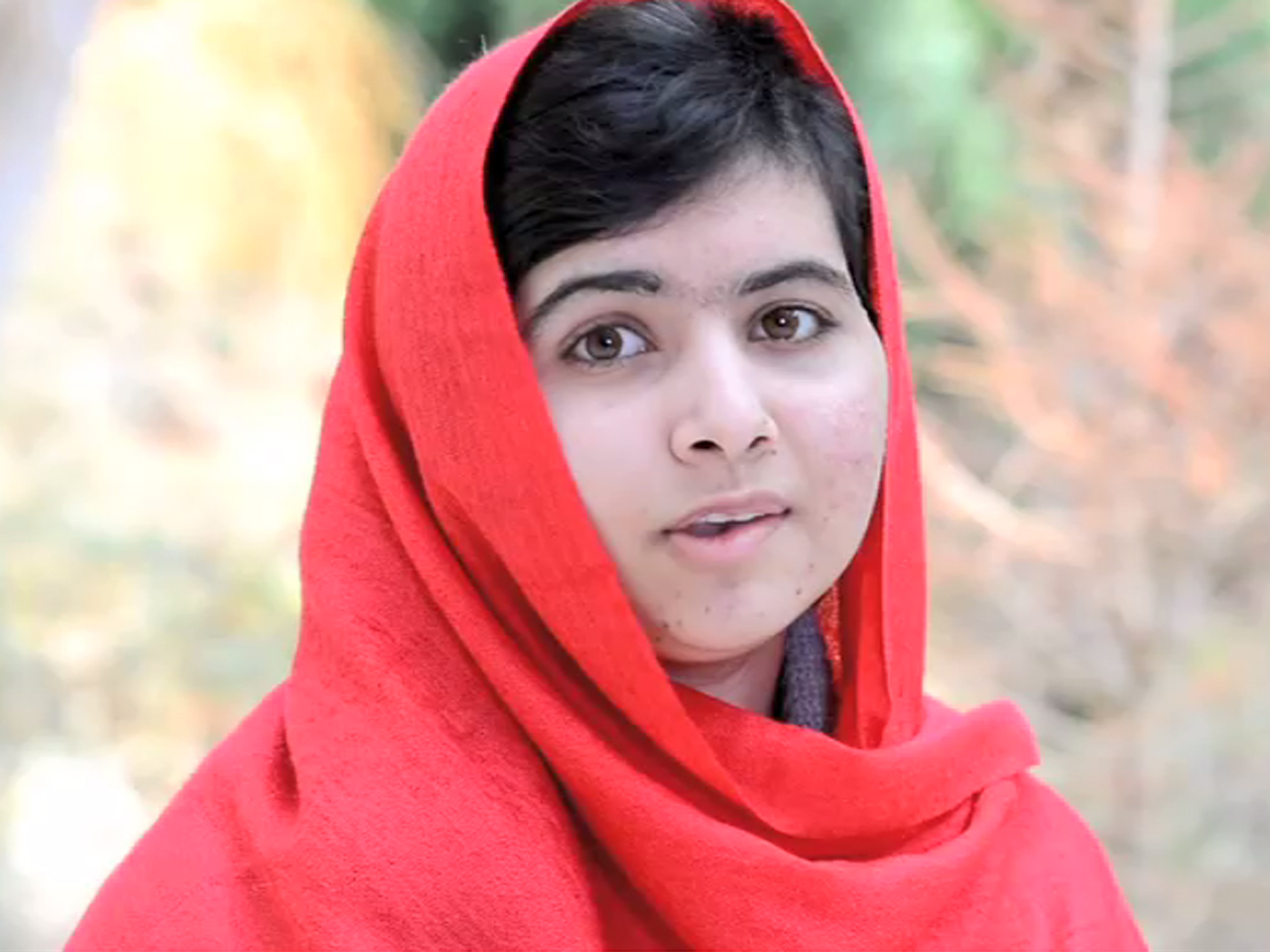 NEW YORK Angelina Jolie paid glowing tribute on Thursday to the Pakistani teenager who was shot by the Taliban for advocating for girls' education, telling the girl's story to a high-profile women's conference and committing $200,000 to a new fund to promote her cause.

Jolie also introduced Malala Yousafzai, 15, to the crowd at the Women in the World summit via a new video from Britain, in which the girl spoke about the new "Malala's Fund" for girls' education in Pakistan.

"Today I'm going to announce the happiest moment of my life," the teenager said in the brief video, wearing a bright red headscarf and at one point shyly covering her face with her hands. She said that a new school in her homeland would be built, for 40 girls aged 5-12. "Let us turn the education of 40 girls into 40 million girls," she said.

Malala said the Malala fund would issue a $45,000 grant - its first - to back girls' education in Pakistan. The fund said it wasn't announcing the school's location due to security concerns.

Malala has garnered huge global attention since she was shot in the head in October by Taliban attackers angered by her activism. She was brought to Britain for treatment, including skull reconstruction and cochlear implant surgeries. She is now attending school there. She recently signed a deal to write her memoir, and was also shortlisted for Time Magazine's "Person of the Year" in 2012.

Jolie gave an emotional rendition of her story. "Here's what they accomplished," she said of Malala's attackers. "They shot her point blank range in the head -- and made her stronger. The brutal attempt to silence her voice made it stronger."

After her introduction, Tina Brown, the Newsweek/Daily Beast editor who created the Women in the World summit, told the audience at Lincoln Center's David H. Koch Theater that Jolie had just committed $200,000 personally to the fund, which was established by Vital Voices, with a donation from the Women in the World Foundation.

Jolie was not the only Hollywood star on the stage at the conference.

Meryl Streep was there to honor another activist, Inez McCormack of Northern Ireland, who died in January of cancer. At the first Women in the World summit three years ago, Streep had played McCormack in a short play, called "Seven," with McCormack herself watching from the audience. Streep spoke some lines from the play on Thursday evening -- in a flawless Irish accent.

The conference continues on Friday, with a speech by former Secretary of State Hillary Rodham Clinton and appearances by Oprah Winfrey, Eva Longoria and Tom Hanks.

The evening began with a dance performance by Michaela DePrince, who grew up as an orphan in war-torn Sierra Leone, where her father was killed and her mother starved to death, as she explained in an accompanying film. She was adopted by an American family and now dances with the Dance Theater of Harlem.

Jolie, who is a special envoy for the U.N. refugee agency, told an anecdote about Malala that had the audience smiling. She said the girl's father had shown his daughter, in the hospital, a poll that said she was the sixth most influential person in the world, and that President Obama was seventh. But the girl, according to the story, said she wasn't so happy with that -- she didn't think people should be categorized like that.

"So we can learn a lot from this girl," Jolie said with a grin.