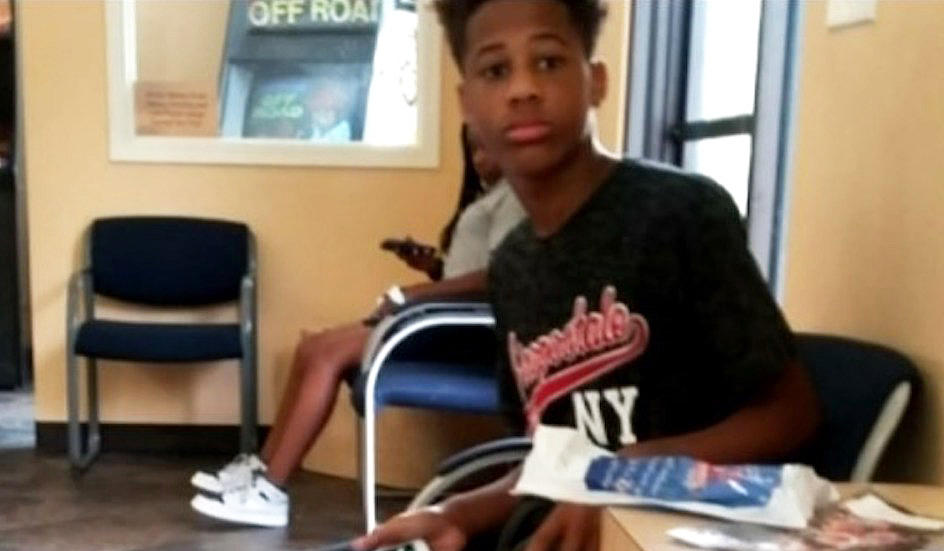 FOREST PARK, Ga. -- A middle school student in Georgia was showing off a gun on social media when he accidentally shot himself in the head and died on Monday, his family said.

“That is my godson, Malachi. He was 13 years old and he was in his bedroom playing with a gun on Instagram Live,” Shantiera Bankston told WGCL while holding a portrait of the teen. “He was full of life, he was a good kid, very active, loved dancing.”

Family members consider the shooting an accident and believe the fatal incident would have been prevented if someone had spoken up.

“He did not kill himself,” said Bankston. “He loved life, he was just playing with a gun and the gun went off… If somebody would have said something, maybe he’d be still here.”

The boy’s father, Ernest Stephens, said Malachi’s mother kicked down his locked bedroom door in Forest Park and found her son lying on the ground.

“When the accident happened inside that room, he was fighting from the time it happened, before the ambulance got here, he was still fighting,” he said.

Malachi later died at an Atlanta hospital. His friends and family members gathered together to light candles in his memory.

Forest Park police are investigating the incident and trying to determine how the teen obtained the weapon.