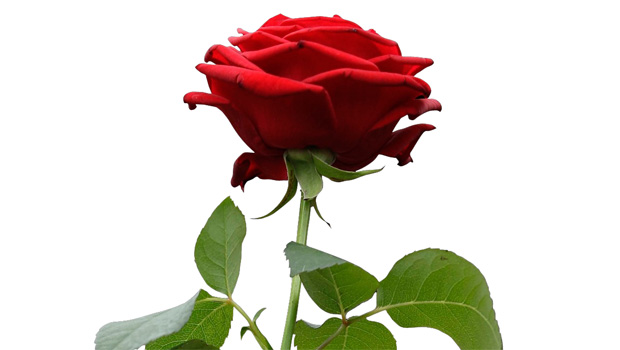 Aphrodisiacs are widely believed to put the spark into romance. But do these "love potions" really work? Michelle Miller has been doing some research:

When it comes to aphrodisiacs, New York chef Marc Forgione is something of a love guru. This Valentine's Day, his menu's a booster shot for passion and desire.

"After about seven, eight courses you'll have somewhere in the 20s, like, 24, 25 different aphrodisiacs," he said.

"So you should be ready to go?" asked Miller.

An early course: A special parfait, starring that prima-aphrodisiac, the oyster, along with lesser-known aphrodisiacs like apples, horseradish and beetroot.

"The beets help to relax your mind, and your body, and your soul, and kind of get you ready," said Forgione.

You'd be surprised how many things are considered an aphrodisiac.

"Almost anything that exists has been considered and tried as an aphrodisiac over time -- from ambergris to zebra tongues, and a very long list in-between," said Meryl Rosofsky, a physician who teaches food studies at New York University.

"What does that say about us?"

"Aphrodisiacs are bounded only by our imaginations, which thankfully are more fertile than the bodies we're trying to stimulate!"

According to Rosofsky, aphrodisiacs have been around for millennia, "probably since the beginning of humankind. We all have the biological imperative to secure a meal and a date, and we have that in common with other species."

And then there was Casanova, one of whose favorite tricks was to seduce a young virgin by slipping raw oysters through her parted lips.

So what makes something an aphrodisiac?

It starts with the name itself: Aphrodite was the goddess of love in Greek mythology. When she sprang from the sea on an oyster shell, lots of seafood became an aphrodisiac sure-bet.

In the Middle Ages, would-be-lovers identified aphrodisiacs based on something called the Law of Similarities which, Rosofsky says, "was a medieval philosophy that held that in God's universe, something declared its usefulness through its shape, through its appearance. If something looked virile and phallic and strong and erect, that it might confer those very properties on whoever consumed it."

Take asparagus, carrots . . . you get the idea.

True believers also point to chemicals, like capsaicin in chili peppers and PEA in chocolate, to prove their aphrodisiac-potency. But big picture, the scientific evidence is thin.

You know that expression "Love is in the air?" Back at his restaurant, Marc Forgione starts his Valentine's dessert course with a spritz -- a mystery fragrance for a romantic guessing game.

To Rachel Herz, author of "The Scent of Desire," it's OK for the ladies to offer up their wrists. "But it would be a lot better, from an attraction perspective, if I got to put a dab on the man I was with, and then smell him," she said. "That's because scent matters much more to women than to men in terms of attraction. In fact, for women, it's the number one physical feature in a man that says yes or no."

And despite what those Axe men's fragrance ads would suggest, Herz says that in the realm of scent -- just as with food -- there are no proven aphrodisiacs.

But for ladies thinking long-term, Herz argues that men's colognes mask what a woman REALLY needs to smell: a man's natural scent, and the biological information it contains.

"The genetics of your immune system are manifested by your body odor," she said. "That means that everyone has a unique body odor. And what a woman is doing when she is sniffing a man is, she is sensing whether or not the immune system of that man is complementary to her immune system, and therefore, most likely to yield a healthy child."

A match truly made in evolutionary heaven. For all that, Herz says the paradox is that, as a species, we're gullible about what turns us on. We can be sold.

After all, as Dr. Ruth Westheimer once observed, the brain may be the biggest sex organ of all.

"So very often, thinking something is an aphrodisiac may well make it so," said Rosofsky. "The power of our imagination cannot be underestimated in the world of aphrodisiacs."