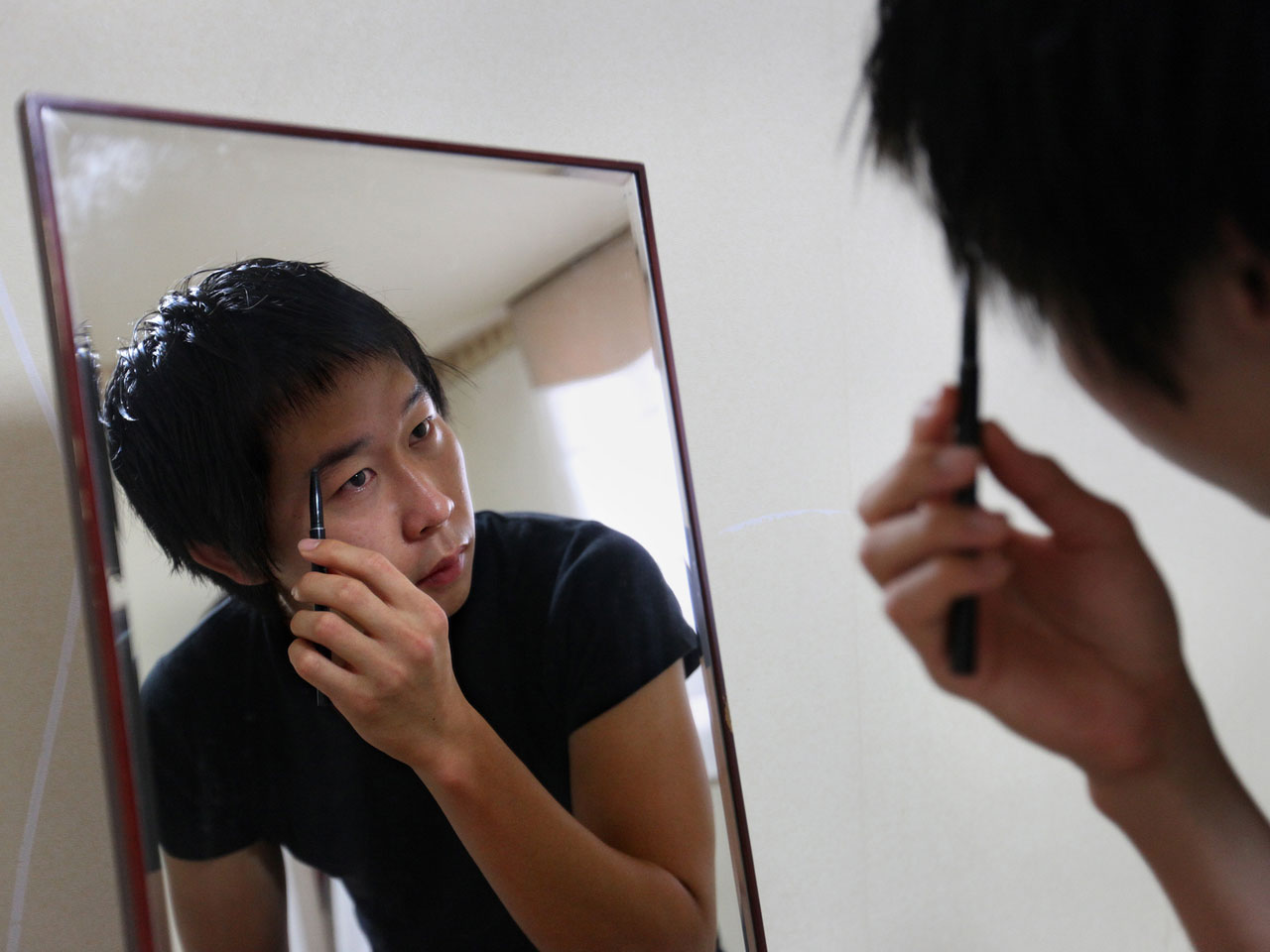 (AP) SEOUL, South Korea - Cho Won-hyuk stands in front of his bedroom mirror and spreads dollops of yellow-brown makeup over his forehead, nose, chin and cheeks until his skin is flawless. Then he goes to work with a black pencil, highlighting his eyebrows until they're thicker, bolder.

"Having a clean, neat face makes you look sophisticated and creates an image that you can handle yourself well," the 24-year-old college student said. "Your appearance matters, so when I wear makeup on special occasions, it makes me more confident."

Cho's meticulous efforts to paint the perfect face are not unusual in South Korea. This socially conservative, male-dominated country, with a mandatory two-year military conscription for men, has become the male makeup capital of the world.

South Korean men spent $495.5 million on skincare last year, accounting for nearly 21 percent of global sales, according to global market research firm Euromonitor International. That makes it the largest market for men's skincare in the world, even though there are only about 19 million men in South Korea. Amorepacific, South Korea's biggest cosmetics company, estimates the total sales of men's cosmetics in South Korea this year will be more than $885 million.

The metamorphosis of South Korean men from macho to makeup over the last decade or so can be partly explained by fierce competition for jobs, advancement and romance in a society where, as a popular catchphrase puts it, "appearance is power." Women also have a growing expectation that men will take the time and effort to pamper their skin.

Evidence of this new direction in South Korean masculinity is easy to find. In a crowded Seoul cafe, a young woman takes some lipstick out of her purse and casually applies it to her male companion's lips as they talk. At an upscale apartment building, a male security guard watches the lobby from behind a layer of makeup. Korean Air holds once-a-year makeup classes for male flight attendants.

"I can understand why girls don't like to go outside without makeup - it makes a big difference," said Cho Gil-nam, a tall, stocky 27-year-old insurance fraud investigator in Seoul who starts important days by dabbing on makeup after finishing his multistep morning cleansing and moisturizing routine. He carries a multicolored cosmetics pouch so he can touch up in public bathrooms throughout the day.

In South Korea, however, effeminate male beauty is "a marker of social success," according to Roald Maliangkay, head of Korean studies at Australian National University.

Amorepacific Corp. offers 17 men's brands, with dozens of products to choose from, and operates two Manstudio stores in Seoul that are devoted to men's skincare and makeup.

South Korean men are barraged daily with messages in popular media suggesting that flawless skin is a crucial part of any plan to get ahead at work and romance.

"In this society, people's first impressions are very important. A man's skin is a big part of that impression, so I take care of my skin," said Kim Deuk-ryong, a 20-year-old student.

It wasn't always this way. The ideal South Korean man used to be rough and tough.

James Turnbull, a writer and lecturer on Korean feminism, sexuality and popular culture, said the economic crisis that hit South Korea in 1997 and 1998 also played a role in shifting thinking. Struggling companies often fired their female employees first, angering women who had already seen their push for equal rights take a backseat to protest movements against Japanese colonizers and the autocratic governments that followed.

"The times were ripe for a sea-change in the popular images of men in the media," Turnbull said. Women, as a result, began questioning the kinds of men society told them they should find attractive.

In 2002, large numbers were attracted to a hero of South Korea's World Cup soccer team, Ahn Jung-hwan, who became a leading member of the so-called "flower men" - a group of exceptionally good-looking, smooth-skinned, fashionable sports stars and celebrities who found great success selling male cosmetics. Men everywhere began striving to look like them, with the encouragement of the women around them, and a trend was born.

Kim Jong-hoon, a 27-year-old tech industry worker in Paju, said the endless media exposure to famous men with perfect skin helped steer his progression from soap and water to an elaborate regime that includes as many as eight steps, from cleanser to eye cream and lotion to a small amount of makeup powder.

"My skin wasn't bad, but the media constantly sends the message that skin is one of the most important things, so I wanted to take care of it," Kim said.

Once an oddity, men using makeup is now commonplace.

"I feel like I have more to talk about with guys who use makeup - we have more in common," Kim said.