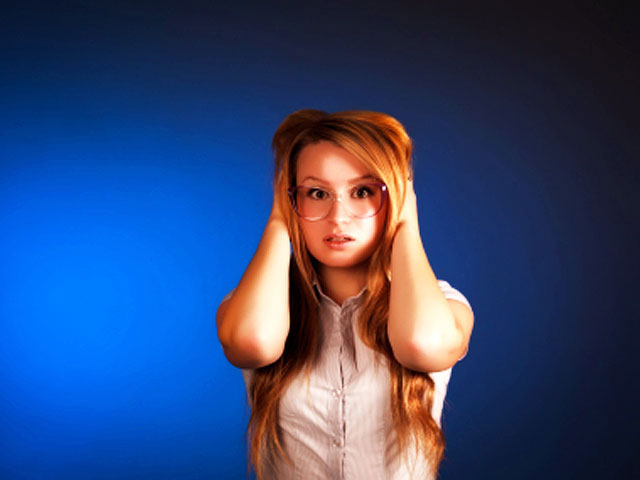 Children with attention-deficit/hyperactivity disorder (ADHD) can face a lifetime of mental health challenges, according to a new long-term study.

The study tracked children with ADHD through the time they were adults, and found almost 60 percent of them had been diagnosed with at least one other psychiatric disorder. The authors say this study confirms that ADHD is a chronic, lifetime disorder for many adults.

"We suffer from the misconception that ADHD is just an annoying childhood disorder that's overtreated," study author Dr. William Barbaresi, associate chief of developmental medicine at Boston Children's Hospital, said in a written statement. "This couldn't be further from the truth."

ADHD is considered a common neurobehavioral disorder in children marked by being overactive, trouble paying attention and problems controlling impulsive behaviors. More than 5.4 million children between the ages of 4 and 17 were diagnosed of ADHD according to recent estimates from the Centers for Disease Control and Prevention -- that amounts to 9.5 percent of children and adolescents.

Many of the same problems children with ADHD experience are seen in adults, Barbaresi explained on CBS This Morning.

"It's just that those problems play out in the adult world of employment, education, adult relationships -- and unfortunately risk-taking behaviors," he said.

Researchers looked at a study pool of all children born in Rochester, Minn between 1976 and 1982 who lived in the city until they were at least 5 -- which allowed doctors to look at their medical records. That amounted to more than 5,700 children, which included nearly 370 who were diagnosed with ADHD, two-thirds of whom who received ADHD treatment as kids.

After following-up with the children through an average age of 27, the researchers determined that 29 percent of those who had ADHD as kids still had the disorder as adults, as confirmed through interviews with a psychiatrist. A closer look revealed 57 percent of children with ADHD had at least one other psychiatric disorder as adults, compared with 35 percent of control subjects who hadn't had the disorder as children. Substance abuse disorder, antisocial personality disorder, hypomanic episodes (such as what might occur when someone has bipolar disorder), generalized anxiety and major depression were the most common disorders found among participants who had been diagnosed with ADHD as kids.

Of kids with ADHD who still had the disorder as adults, 81 percent had at least one other psychiatric disorder, as compared with 47 percent of previously-diagnosed kids who no longer had ADHD as adults.

The study was published online March 4 in Pediatrics.

Barbaresi argued these statistics provide a "best-case scenario" and that socioeconomic challenges could make outcomes worse for people with ADHD.

He calls on parents of kids with ADHD to ensure their children are getting high-quality treatment and remain in treatment as they enter adolescence, making sure they are getting screened for other associated problems like substance abuse and depression.

"The treatment needs to be by qualified individuals, it needs to start early, and...we need to reform our health care system so that we treat this as a chronic medical condition worthy of our attention -- for the long haul, and not just in children," he said on CBS This Morning.

Dr. J. Russell Ramsay, co-director of the University of Pennsylvania's adult ADHD treatment and research program in Philadelphia, told USA Today the study "is particularly telling because it used a community sample of children with ADHD followed to adulthood and not a clinical sample of individuals seeking treatment for their problems."

"It is chilling to see evidence, at least in this study, of the increased risk for death by suicide among children diagnosed with ADHD, with most of these tragic cases also having a history of substance abuse and at least one co-existing psychiatric diagnosis," said Ramsay, who was not involved in the research.

Dr. Mary Solanto, director of the ADHD Center at the Icahn School of Medicine at Mount Sinai in New York, told Reuters that ADHD does not have to get in the way of success in adulthood.

"There are a lot of people who have had it that learned to cope and deal with it," said Solanto, who was not involved in the study. "But in order for that to happen, it's important to diagnose and treat it as soon as possible."

Is COVID's end in sight? "We're going to live with the virus," expert says