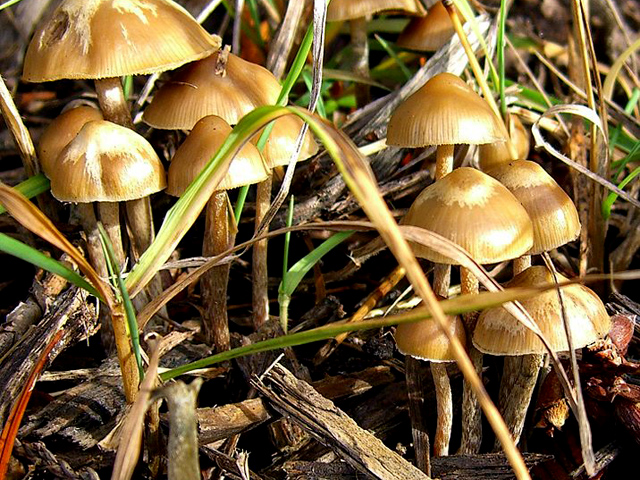 No, you're not tripping! A chemical in the hallucinogenic drug known as "magic mushrooms" could help longtime smokers kick the habit, according to a new study.

Researchers at Johns Hopkins University found that smokers who have a history of failed cessation attempts were able to successfully quit when they took psilocybin under the guidance of a physician, along with receiving cognitive behavior therapy.

For the study, published in the Journal of Psychopharmacology, researchers gave doses of psilocybin to 10 men and five women who had a history of heavy smoking. They smoked an average of 19 cigarettes a day for 31 years and had a history of failed attempts to quit. Two-thirds of the group reported they'd used psychedelic drugs recreationally at some point in their life but as much as three decades before; the remaining five had never taken hallucinogenics.

The researchers counseled study participants on what effects they might feel from the drug, then provided one psilocybin pill to each participant on the day they wished to begin a cessation program. After taking the drug, study participants spent a session of at least six hours with researchers in a "homelike" setting. They wore eye shades and headphones to help relax. They were given additional, higher doses two weeks and eight weeks later.

Each smoker also received regular cognitive behavior therapy on an individual basis that included techniques such as keeping a diary to track triggers that resulted in cigarette cravings.

The study found that after six months, 80 percent of participants who were given the psychedelic drug were still not lighting up, compared with 35 percent of people who took varenicline, the most effective medication currently prescribed to help smokers quit. Other aids, such as nicotine replacements, typically have a success rate of less than 30 percent. Researchers also found the smoking-cessation benefit of psilocybin continued, even after the effects of the drug wore off.

The researchers strongly cautioned that their study is not an endorsement of do-it-yourself psychedelic drug use for smoking cessation.

This study was federally-funded and part of long-term research into how psychedelic drugs could be used to help to treat addiction. The researchers plan next to look at the efficacy of psilocybin versus nicotine patches and use MRIs to study brain activity.

This is not the first study to examine how magic mushrooms may alter the brain in therapeutic ways. A study published in the Proceedings of the National Academy of Science, in 2012, found that the substance could be an effective treatment for depression. In that study, brain scans of study participants showed decreased levels of activity in the "hub" regions of the brain, which are responsible for consciousness, self-identity, and organizing sensory information.