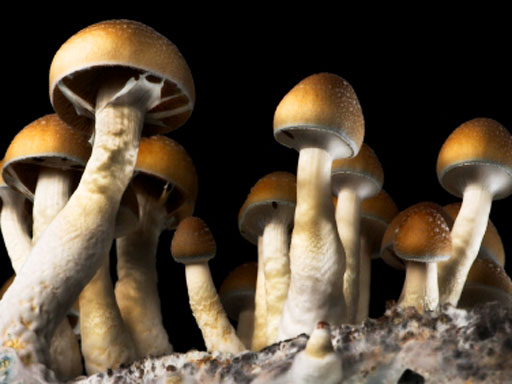 Tripping on "magic mushrooms" appears to change the brain in ways similar to antidepressants, the study found.

"We're not saying go out there and eat magic mushrooms," Professor David Nutt, a neuropsychopharmacology researcher at Imperial College London and senior author of both studies, told Reuters. "But...this drug has such a fundamental impact on the brain that it's got to be meaningful - it's got to be telling us something about how the brain works."

The first of these studies, published in the Jan. 23 issue of Proceedings of the National Academy of Sciences, took 30 healthy volunteers and infused the shrooms' active ingredient - called psilocybin - into their bloodstreams while they were lying in an MRI machine. The researchers looked at the volunteers' brain scans, which showed decreased levels of activity in "hub" regions of the brain that connect areas responsible for consciousness, self-identity, and organizing sensory information that constantly floods the brain.

The second study - to be published in the Jan. 25 issue of the British Journal of Psychiatry - gave 10 volunteers in MRI machines written cues to look at that would prompt them to think about their memories. Then the researchers gave the volunteers psilocybin, and found it enhanced their recollections of personal memories. Their brain scans also reflected these changes in areas of the brain that process vision and sensory information

The researchers say psilocybin might be an effective supplement to psychotherapy.

"Psychedelics are thought of as 'mind-expanding' drugs so it has commonly been assumed that they work by increasing brain activity, but surprisingly, we found that psilocybin actually caused activity to decrease in areas that have the densest connections with other areas," Nutt said in a written statement. "These hubs constrain our experience of the world and keep it orderly. We now know that deactivating these regions leads to a state in which the world is experienced as strange."

The study raises several questions - aside from who would want to volunteer to go in an MRI machine while on magic mushrooms. Can psychedelic mushrooms conceivably be used to treat people's depression?

The researchers said the brain's biology might provide some clues. One of the brain hubs that were shown to be affected in the study - the medial prefrontal cortex - is found to be hyperactive in people with depression. So psilocybin's affects on this area could cause mimic antidepressants' effects. Also, psilocybin was found to slow blood flow to the brain's hypothalamus. When blood flow is increased to the hypothalamus, people typically experience cluster headaches, so this might explain why some volunteers reported feeling better after "shrooming."

In 2011, a study in the Journal of Psychopharmacology showed people taking psychedelic mushrooms experienced personality changes that reflected increased "openness" to other senses and emotions, according to HealthPop. Some participants in that study also experienced more anxiety, however.

''This is a research tool which may give us insights into how to treat depression,'' Nutt told The Telegraph. But he warned, ''I would strongly resist people self-medicating.''

The cops would agree with Nutt on that point. According to the U.S. Justice Department's National Drug Intelligence Center, psilocybin is an illegal drug, classified as a Schedule I substance, along with heroin and LSD.