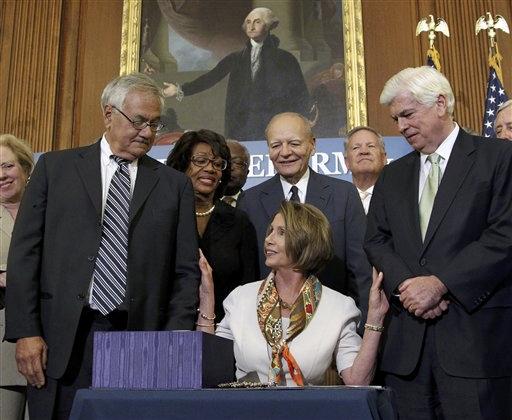 Ever consider how many ads the average American is exposed to a day? Industry estimates put the number at 3,000 to 5,000, notes CBS News Correspondent Martha Teichner on CBS News Sunday Morning.

Media analysts report marketers spent something like $250 billion on advertising last year but, overloaded and under siege though we may be, American consumers are no longer defenseless, Teichner points out.

In fact, armed with their Tivos, consumers actually thought they were beginning to win the war for their wallets.

"It's the marketer-be-gone phenomenon. 'I have control over it,' " observers J. Walker Smith, president of marketing firm Yankelovich Partners.

He cites studies showing that people who watch TV through digital video recorders will zap the commercials 60-80 percent of the time. "If you want a message to get through to me…you've got to be offering me something that's very precisely targeted and very relevant to my particular interests."

In plain English, Teichner explains, he's saying the war is far from over. The new front: stealth advertising.

For example, if you're Mars candies, you pay to have m&m's on "The Apprentice." If you're General Motors, you have Oprah give a Pontiac to every single person in her studio audience.

Product placement is a now a billion dollar-a-year business.

Not only that, with TV audiences fragmenting, the size of the mass in mass marketing is shrinking. So, marketers are rolling out the smart bombs, so to speak: going after you where you live.

"Acxiom, on behalf of its clients, really addresses the who, what, where, when and why of direct-to-consumer marketing," says the company's Richard Howe, who is describing the largest data management company in the world. Outside of Little Rock, Arkansas, it processes more than a billion records a day: your credit card purchases, your bank transactions, what you said on the questionnaire you sent in with the warranty card for your new microwave. The company has data on 176 million of us.

"It's the equivalent right now in our data systems of taking a Bible and stacking it up all the way to the moon, in terms of the amount of information," Howe says. "That translates into an incredibly detailed picture of who you are and what you're likely to buy, which of 70 different market segments you fall into.

Teichner also visited a company that eavesdrops on your Internet conversations about an issue or product: whether there's lots of buzz or not so much buzz.

Buzzmetrics, of New York City, represents a regular who's who of consumer and pharmaceutical giants. CEO Jonathan Carson says, "We pull from message boards and blogs and e-mail lists, product review sites.

In fact, says Teichner, any publicly accessible site. Buzzmetrics identifies anybody who seems to have an influence over what's being said, then contacts these influencers and tries to convince them to spread the word on their behalf.

"These consumer influencers are very savvy," Carson observes, "and they know their value in the marketplace. …They are absolutely like critics."

Procter and Gamble tackles such real-life matters as the difficulty of cleaning bathrooms by inviting honest-to-goodness consumers to the kitchens and bathrooms at its innovation center in Cincinnati, to talk about their problems and try out product prototypes.

Carol Berning works in product development at P&G: "Today, if the company wants to find out how well a new product is likely to sell, the test is the Procter and Gamble Web site.

The Mr. Clean Magic Reach demo went up January 4. Within three days, it had received 50,000 hits.

And, lest you think you're being sold a mere air freshener, the woman who buys one in particular from P&G is buying one with a woman on the label for a reason: That woman is buying a lifestyle, a mood.

There is no better example of marketing to what matters to people, Teichner asserts, than P&G's famous Folgers coffee commercial.

"We tested it at P&G. They test everything 400 times. People were crying. I mean, come on: This is just coffee, but people were crying, the emotion was so powerful," says Clotaire Rapaille, who has done rather well, thank you, decoding for companies like P&G how Americans perceive products: their visceral, subconscious associations.

The Chrysler PT Cruiser? His idea. He says Americans want a car that makes them feel safe in scary times, a car "that says, 'Don't mess with me, alright?' Like an animal with big teeth, you know, a lion that is going to bite you."

But wait, Teichner explaims, 'til you see this: what could one day be the ultimate weapon in the marketer's arsenal, the Star Wars of selling: neuromarketing. Truly, picking consumers' brains.

Remember those Pepsi commercials in the 1980s, claiming people preferred the taste of Pepsi?

At Baylor Medical School in Houston, neuroscience professor Read Montague decided to keep his daughter busy one summer trying to duplicate the Pepsi results. He did, but found that people went out and bought Coke, anyway.

Montague got curious, and started putting subjects in a fancy MRI machine. "What people report that they think they know is vastly different than what their brain says they know," Montague points out. He discovered that, no matter whether they really preferred Pepsi, invariably, when they thought they were getting Coke, their brain scans lit up: The brand identification was that strong.

A merchandiser's dream, except for one thing: So far, nobody's figured out why.

For more information on Read Montague and the Human Neuroimaging Lab at Baylor College of Medicine in Houston, Texas, please visit hnl.bcm.tmc.edu