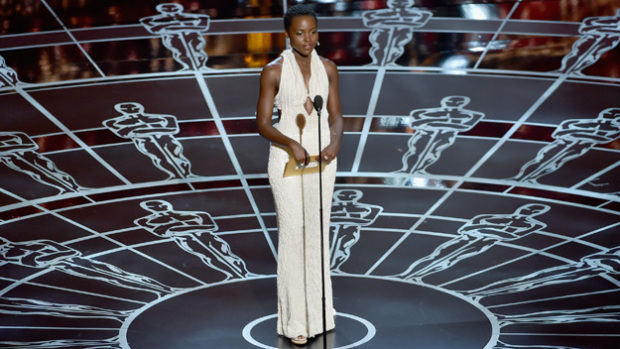 Nyong'o contacted authorities Wednesday night stating her dress, that was valued at $150,000, was taken from her room at the London West Hollywood hotel, West Hollywood Sheriff's Sgt. Richard Bowman said, according to the station.

The actress reportedly told detectives she left her room Wednesday morning and when she returned, the dress, which was adorned with 6,000 white Akoya pearls, was missing.

It was unclear if her room was ransacked.

Sheriff's detectives were on scene gathering evidence, including possible surveillance video, according to the station.

Nyong'o, who won the Academy Award for Best Supporting Actress for "12 Years A Slave" in 2014, wore the dress to the 87th Annual Academy Awards on Sunday.