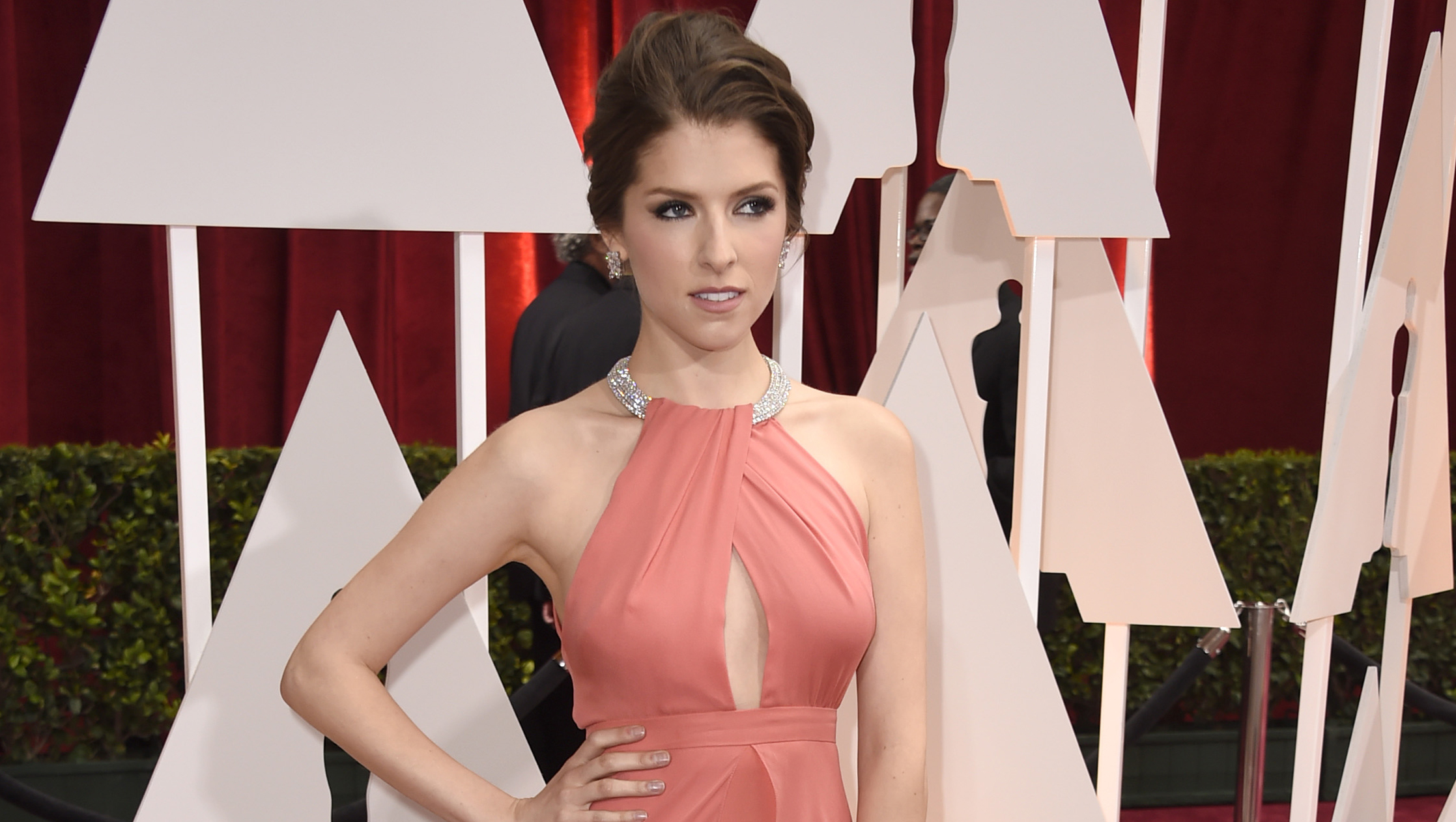 It's one of the biggest fashion nights of the year: The Oscars red carpet was filled with dazzling looks - and lots of glamour.

High collars replaced sexy cutouts, and Classic Hollywood in blacks and whites took hold of the Oscars red carpet Sunday night with help from a smoking Saint Laurent worn by Margot Robbie and a heavily pearled look for fashion It girl Lupita Nyong'o.

There was a slight show of color. Anna Kendrick was in a coral silk-and-chiffon gown with a jeweled halter collar by Thakoon, and Sienna Miller was the first on a major carpet to wear Peter Copping for Oscar de la Renta, a brooding dark blue with thin straps.

Jessica Chastain had navy blue all to herself in a double-layered dress with bodice of sparkle that was tight at the hip with a high slit. It had the online snark machine decrying the look as a tad too much Jessica Rabbit.

Emma Stone was on her way to best-dressed in a drop-dead beaded Elie Saab in celery green. The back was low, the side slit high and the lines of embellishment were impeccable.

Reese Witherspoon wore pale blue and white, a Tom Ford off-the-shoulder gown he contacted her about.

"He called me. He had this beautiful sketch," she said. "He works so hard and loves women."

Updos were back: Patricia Arquette went for one with a one-shoulder white top she wore with a black skirt, all designed by her childhood friend Rosetta Getty.

"She was my best friend since we were 7 or 8 years old," said Arquette, nominated for best supporting actress for "Boyhood."

Arquette recalled the two playing with Barbie dolls and dreaming of their grown-up lives.

And what's the Oscars without a little sparkle? Thank you Jamie Chung and your princess-y fireworks design in sequins against black on your Yanina Couture gown, with a boost from your diamond cluster earrings with a spot of bright blue tanzanite from Leticia Linton.

Faith Hill was draped in cool ice, thanks to J. Mendel, while up-and-comer Gina Rodriguez choice a high-sashed collar in a royal blue.

Zendaya was feeling the moment. Of her slinky bright white off-the-shoulder Vivienne Westwood gown, her long braids loose, she told the AP at the Dolby Theatre in Los Angeles: "It makes me feel very goddess."

Starlet-of-the-moment Dakota Johnson decided on a ponytail - ode to her "Fifty Shades of Grey" character Anastasia Steele? - to go with her red one-shoulder Saint Laurent with a dash of sparkle detail.

Also in Saint Laurent was Robbie, in a deep black gown draped at the front with sheer long sleeves, her blond hair straight as a pin in a side part.

Repping the guys was David Oyelowo in a wine-red tuxedo from Dolce & Gabbana. He wore a multicolored jewel ribbon pin on one lapel in support of Ebola eradication.

Nominee Marion Cotillard walked in a white Dior Couture gown with an overlay of circle cutouts, high collar and a caped effect at the back. She was sleeveless but high-necked in a stunning pair of diamond earrings. It may be among the more divisive looks of the night.

"I chose it because I feel comfortable in it and I love it," Cotillard said during the AP's live carpet show.

Also high-necked in white: Nyong'o in a heavily embellished custom Calvin Klein, open at the back and said to be hand-sewn with 6,000 pearls of varying sizes.

"My jaw dropped. It was absolutely stunning," said Joyann King, editor of Harpersbazaar.com.

Julianne Moore's Chanel was also heavily adorned with about 80,000 beads.

Another look sure to be debated: Naomi Watts in a sequined black bandeaux at the back of a bibbed look by Armani Prive.

Scarlett Johansson went for green, while there was a small contingent in strapless red, including Rosamund Pike in Givenchy Haute Couture. Nominee Felicity Jones was Team High Collar in icy blue-white by fellow Brit Sarah Burton for Alexander McQueen.

"It's all hand-sewn, even these little pockets of pearls," Jones said, pointing to chunky embellishment at the hip.