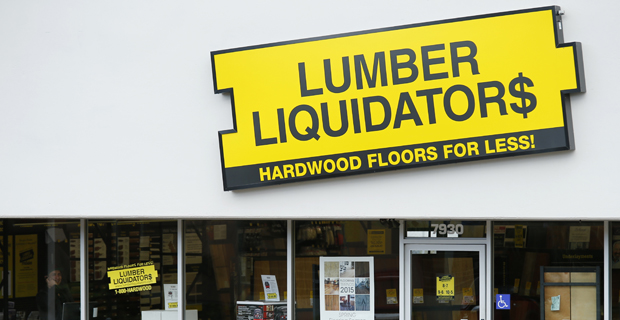 The Department of Justice says the penalty is the biggest for timber trafficking under the Lacey Act.

In October Lumber Liquidators Holdings Inc. pleaded guilty to environmental crimes related to importing flooring manufactured in China from timber illegally logged in eastern Russia. Its plea agreement was unrelated to the controversy over some of its laminate flooring from China, which CBS' "60 Minutes" had reported contains high levels of the carcinogen formaldehyde.

In a press release, the Department of Justice said: "The more than $13.15 million dollar penalty is the largest financial penalty for timber trafficking under the Lacey Act and one of the largest Lacey Act penalties ever."

Officials say the company "obfuscated the true species and source of the timber."

The government said it was focused on the environmental harm Lumber Liquidators' practices caused.

"The illegal cutting of Mongolian oak in far eastern Russia is of particular concern because those forests are home to the last 450 wild Siberian tigers, Panthera tigris altaica. Illegal logging is considered the primary risk to the tigers' survival, because they are dependent on intact forests for hunting and because Mongolian oak acorns are a chief food source for the tigers' prey species. Mongolian oak forests are also home to the highly endangered Amur leopard, Panthera pardus orientalis, of which fewer than 50 remain in the wild.