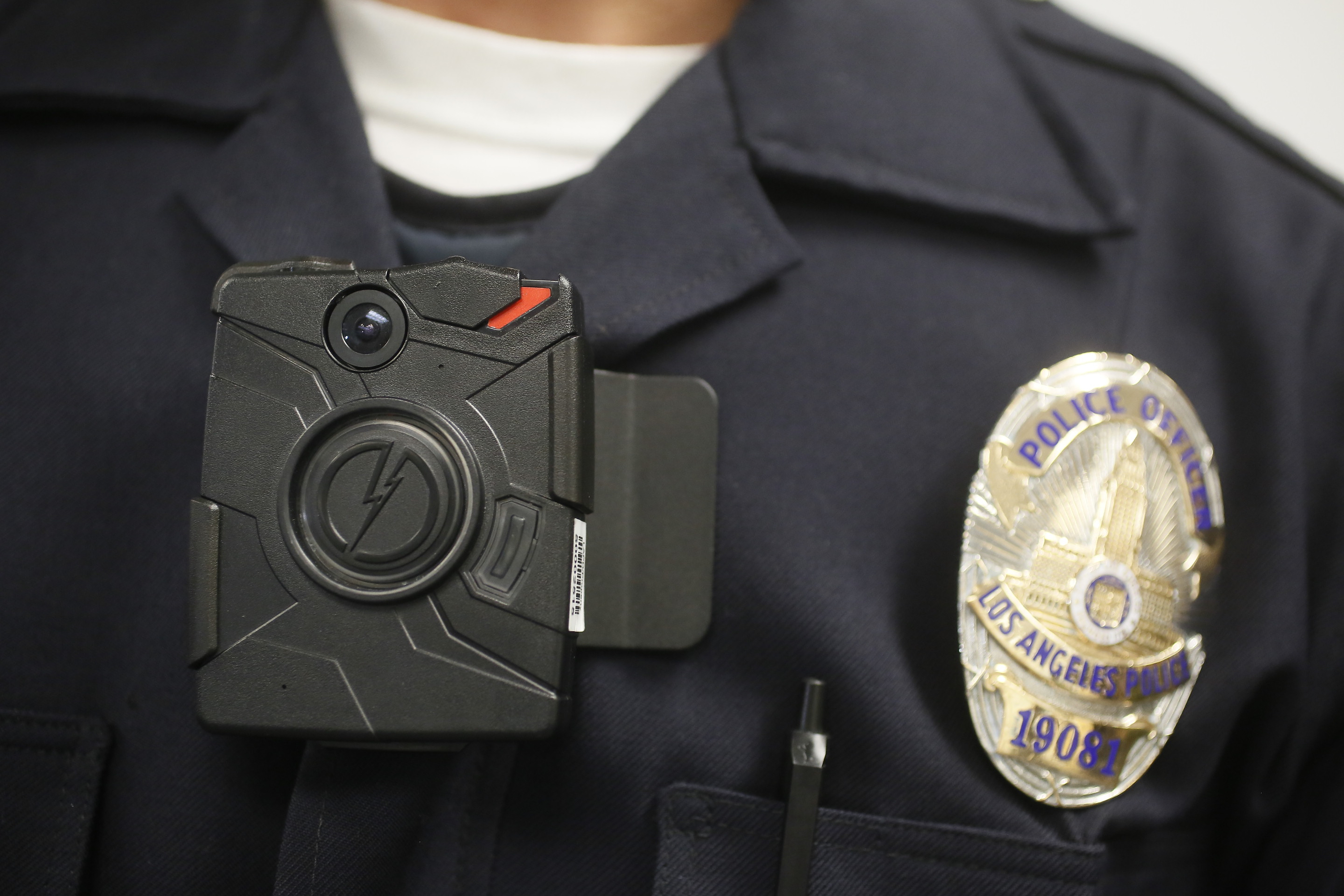 LOS ANGELES -- Mayor Eric Garcetti announced a plan Tuesday to equip 7,000 Los Angeles police officers with body cameras by next summer, making the city's police department the largest law enforcement agency in the U.S. to move forward with such an ambitious expansion of the technology.

The plan was unveiled at a news conference in which Garcetti said he was planning to put millions of dollars in next year's budget for the cameras, and that the first wave of more than 800 devices would roll out as early as January.

"This is a huge step for law enforcement. No other major city is even close to implementation," said Police Chief Charlie Beck.

The program has been in the works for more than a year, the Mayor's office said, well before a nationwide call for increased use of body cameras followed deadly confrontations between officers and suspects.

CBS Los Angeles reported that in January, dozens of officers assigned to foot patrols in Downtown L.A. began testing the cameras, paid for by more than $1 million in private donations. In all, the LAPD has 9,900 officers.

Nationally, officers in one of every six departments now patrol with tiny cameras on their chests, lapels or sunglasses, and that number is growing.

Since officers in the Rialto, Calif., police department started wearing cameras, the use of force by law enforcement has dropped 59 percent and complaints against officers have declined 88 percent.

After an outcry over the shooting of an unarmed black teen in Ferguson, Missouri, President Obama recommended spending $74 million to equip another 50,000 officers with them.

Garcetti said Los Angeles would be applying for part of those funds.

"What happens in the smallest town in these United States affects all of us. What happens in Ferguson, a town not even the size of one of the police divisions in LA, has affected us, but we're stepping up," Beck said.

Los Angeles Police Commission President Steve Soboroff said he estimated the cameras would cost roughly $10 million for the first two to three years and would include technology and software from Arizona-based Taser International Inc.

Beck said the cameras will not be officially in use until a policy has been devised after consulting with stakeholders and the public. It must be approved by the civilian oversight commission and City Council.

"Body cameras won't solve every problem in policing. But having video of police officers' interactions with the public will help hold officers' accountable for misconduct, quickly exonerate officers who are wrongly accused, and help the public understand the powers we give police and how they use them," said Hector Villagra, executive director of the ACLU of Southern California.

In New York, 60 officers have been wearing body cameras in a pilot program. NYC Public Advocate Letitia James said at $450 to $900 a piece, it would cost $32 million to outfit the entire police department, but at the same time the city paid out nearly $178 to settle misconduct claims in 2013.

"There is no he said-she said, there is no hearsay," James says. "It is recorded. We have it on tape. There is no room for argument."