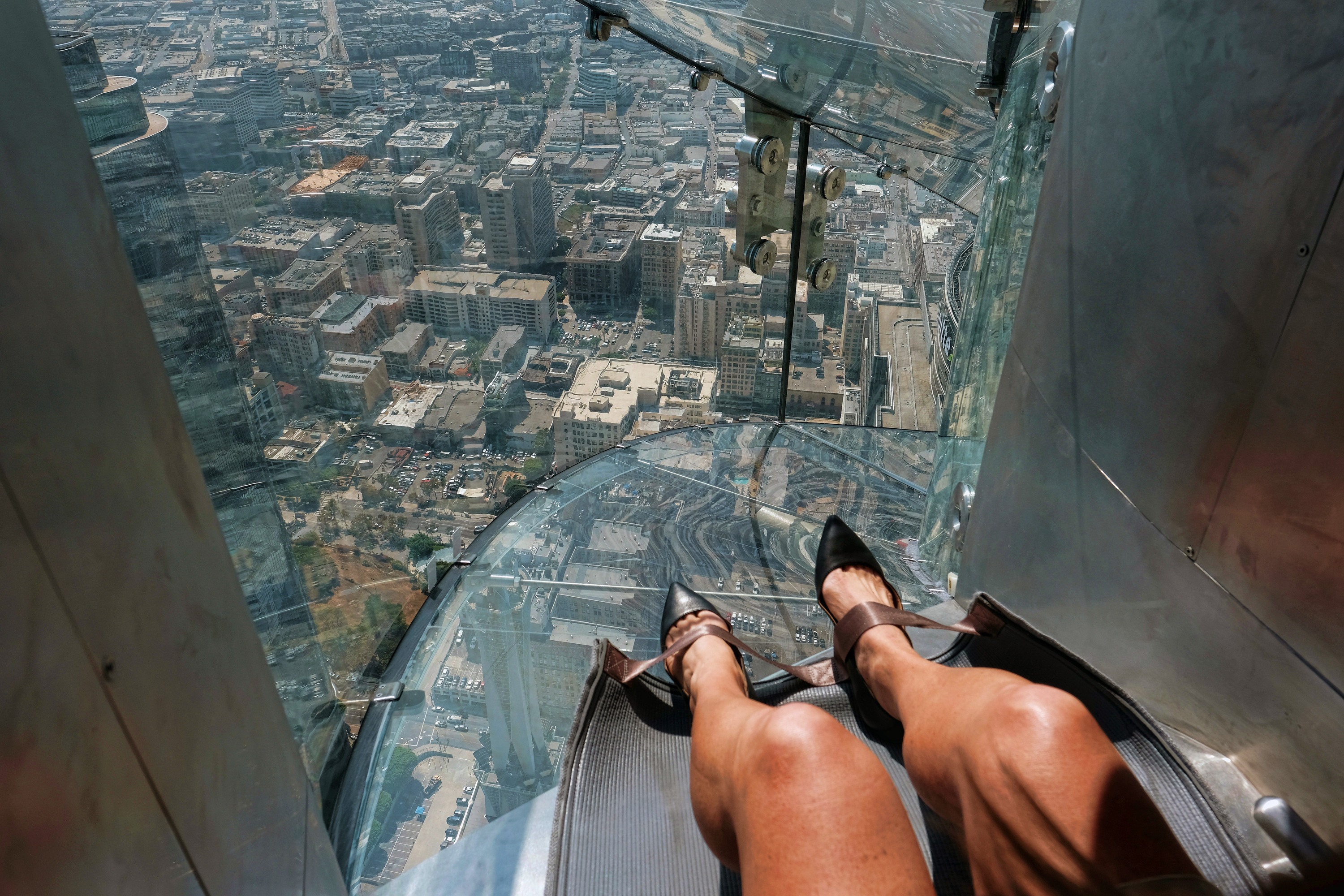 LOS ANGELES -- A lawsuit says a woman suffered a broken ankle on a recently opened glass-enclosed slide attached to the exterior of a downtown Los Angeles skyscraper.

The Skyslide opened last month as part of a renovation of the 72-story U.S. Bank Tower. The slide spans 45 feet from the 70th floor to the 69th.

The lawsuit says the design doesn't allow the rider to slow down enough before reaching the end, and a stack of mats in the runout area created a gap that trapped riders' feet.

Responding to an Associated Press email seeking comment, a public relations representative said the company was informed about the lawsuit and it would be reviewed by a legal team.

The slide offers riders the thrill -- or scare -- of launching out the side of the skyscraper about 1,000 feet above the ground, contained in a square tube made of 1¼-inch-thick glass.

The slide ends on a new open-air observation deck one floor below.

Admission to the observation deck is $25. The slide costs an additional $8.

John Gamboa is senior vice president of OUE America, the Singapore-based real estate firm that bought the tower three years ago for $367 million.

"The slide is something fresh and never been done before," Gamboa told CBS News' Carter Evans last month.

"This is an attraction to get people up to the top of this building?" Carter asked.

"Absolutely," Gamboa said. "Not everyone was on the same page when we came up with the idea for the slide... They said, 'excuse me?'"

But the disbelief soon turned into reality.

The process started back in March when a Sikorsky helicopter -- usually used for fighting wildfires -- hoisted the five-ton slide onto the building's rooftop.

Skyslide is part of a $50 million renovation that includes the deck, a bar and a 360-degree restaurant, 71Above, that opens Friday.

On a clear day, the tower provides panoramic views that extend across the metropolitan region to Santa Catalina Island more than 20 miles offshore and to the mountain peaks that form the backdrop of Los Angeles.

"The Skyslide boasts a safe, thrilling experience unlike any other in the world," Lucy Rumantir, head of U.S. operations for the building owner, said in a statement earlier this year.