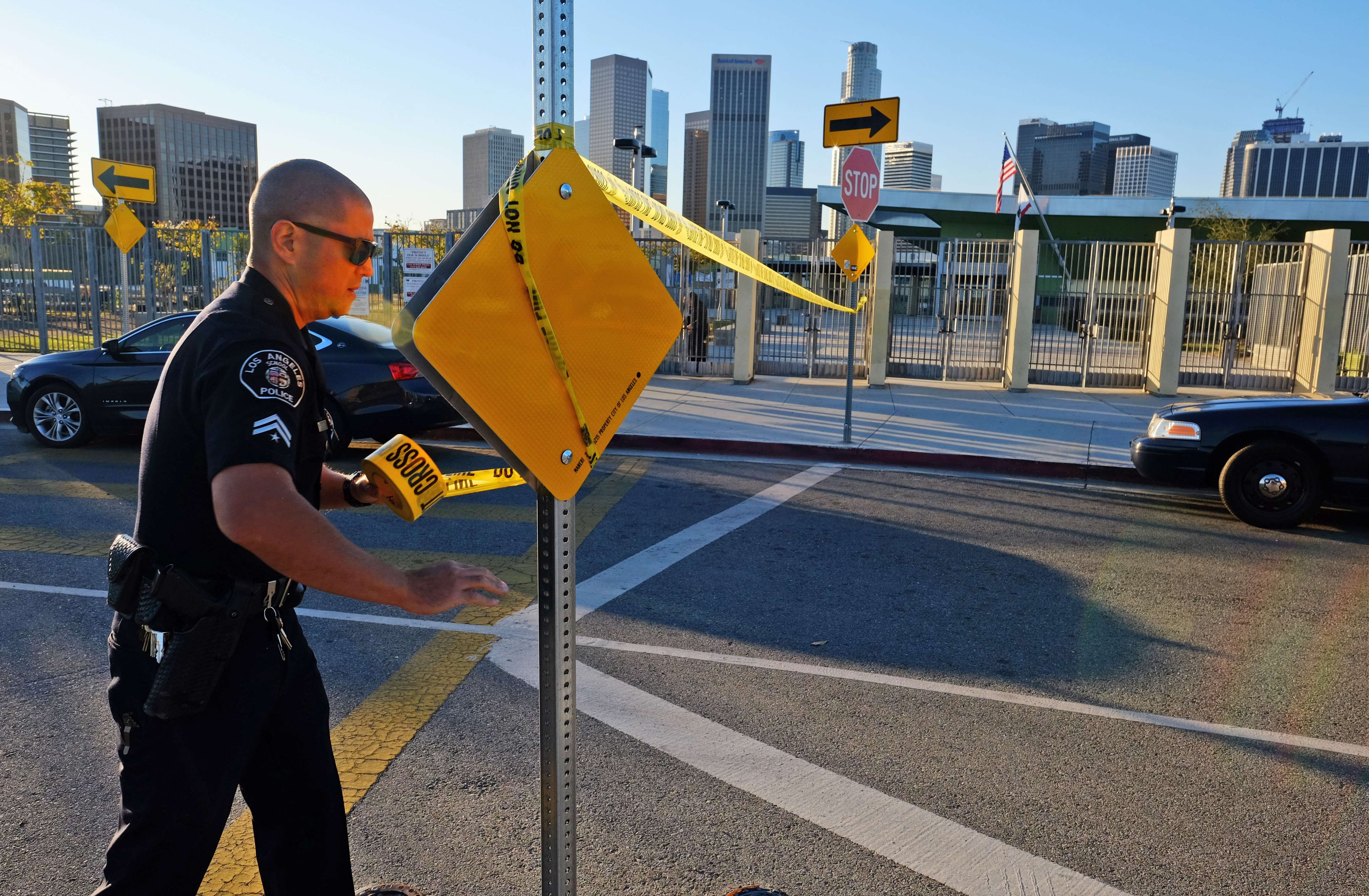 LOS ANGELES --The nation's second-largest school district shut down Tuesday after school board members received an emailed threat that raised fears of another attack like the deadly shooting in nearby San Bernardino.

A law enforcement source told CBS News senior investigative producer Pat Milton that the threat was emailed to several L.A. school district board members. Some of the emails are apparently publicly accessible.

The emailed threat that shut down the nation's second-largest school district described an attack with assault rifles.

Chief Charlie Beck said Tuesday that it was specific to all the campuses in the Los Angeles Unified School District. He said the email's "implied threat" involved explosive devices and the "specific threat" was a shooting attack.

Beck said the email was routed through Germany but that police believe its origin was much closer.

Superintendent Ramon Cortines said every campus would be searched, and he asked for a report from the school board certifying that they are safe. He said the threat was "conveyed not to one school, but many schools in the district. Details talked about backpacks, other packages."

A threatening email sent to the New York City school superintendent warned that every school in the city would be attacked with pressure cooker bombs, nerve gas agents, machine pistols and machine guns.

The email was sent early Tuesday and said the writer and "138 comrades" would carry out the attack. It said, "The students at every school in the New York City school district will be massacred, mercilessly. And there is nothing you can do to stop it."

The anonymous writer claimed to be a student at a district high school who had been bullied. A law enforcement official with access to the document provided the email to The Associated Press.

The official wasn't authorized to disclose details of an ongoing investigation and spoke on condition of anonymity.

Bratton quipped that it looked like the sender of the threat had watched a lot of the Showtime terrorism drama "Homeland." He says the person claimed to be a jihadist, but made errors that indicated he was really a prankster. For one thing, "Allah" was spelled with a lower-case 'a'.

"We cannot allow ourselves to raise levels of fear," said Bratton, who once ran the Los Angeles Police Department.

However, Beck and Mayor Eric Garcetti told reporters Tuesday that they stand behind the superintendent's order to close the schools as a precaution.

"It is very easy in hindsight to criticize a decision based on results the decider could never have known," Beck said.

White House Spokesman Josh Earnest said he wouldn't "second-guess" the decisions by Los Angeles officials to close their schools and New York City officials to keep their students in class.

Lupita Vela, who has a daughter in the third grade and a son who is a high school senior, called the threat "absolutely terrifying" in light of the San Bernardino attack, which killed 14 people earlier this month.

She got an automated phone call informing her of the closure.

"I know the kids are anxious," she said.

District spokeswoman Shannon Haber said the threat was sent by email to a school board member and was believed to have come from an IP address in Frankfurt, Germany.

Authorities would not elaborate on the threat, saying it was still being evaluated. They described the shutdown was a precaution.

An FBI official told Milton that the FBI is assisting the Los Angeles Police Department in the investigation.

The Los Angeles Unified School District commonly gets threats, but Cortines called this one rare.

"It was not to one school, two schools or three schools," he said at a news conference. "It was many schools, not specifically identified. But there were many schools. That's the reason I took the action that I did ... It was to students at schools."

Cortines said he has alerted his staff to speak to the plant managers at all the campuses and asked them to walk the grounds for anything out of order, CBS Los Angeles reported. All of the district's facilities, including early education centers, special education, adult education and charter schools will also be closed and searched.

The superintendent said the district police chief informed him about the threat shortly after 5 a.m.

"He shared with me that some of the details talked about backpacks, talked about other packages," Cortines said.

Vela said she worries about talking to her kids about the threat and terrorism in general. She's concerned about her daughter feeling safe in class.

"I don't want this to be in the back of her head," she said. "Who knows what it does psychologically to kids? Is this going to cause her some kind of trauma so that she's not going to feel safe at school?"

The closure came the same day classes were canceled at San Bernardino Valley College because of a bomb threat. Students and staff were sent home around 5:30 p.m. Monday.

LAPD officials say officers are out in force around all LAUSD school following the threat.

CBS Los Angeles spoke to one parent at Hollywood High School who said she couldn't locate her kids following news of the threat.

"I'm so scared, that's why we drive here, but they're not here," she said.

Other parents took to social media to react to the threat: