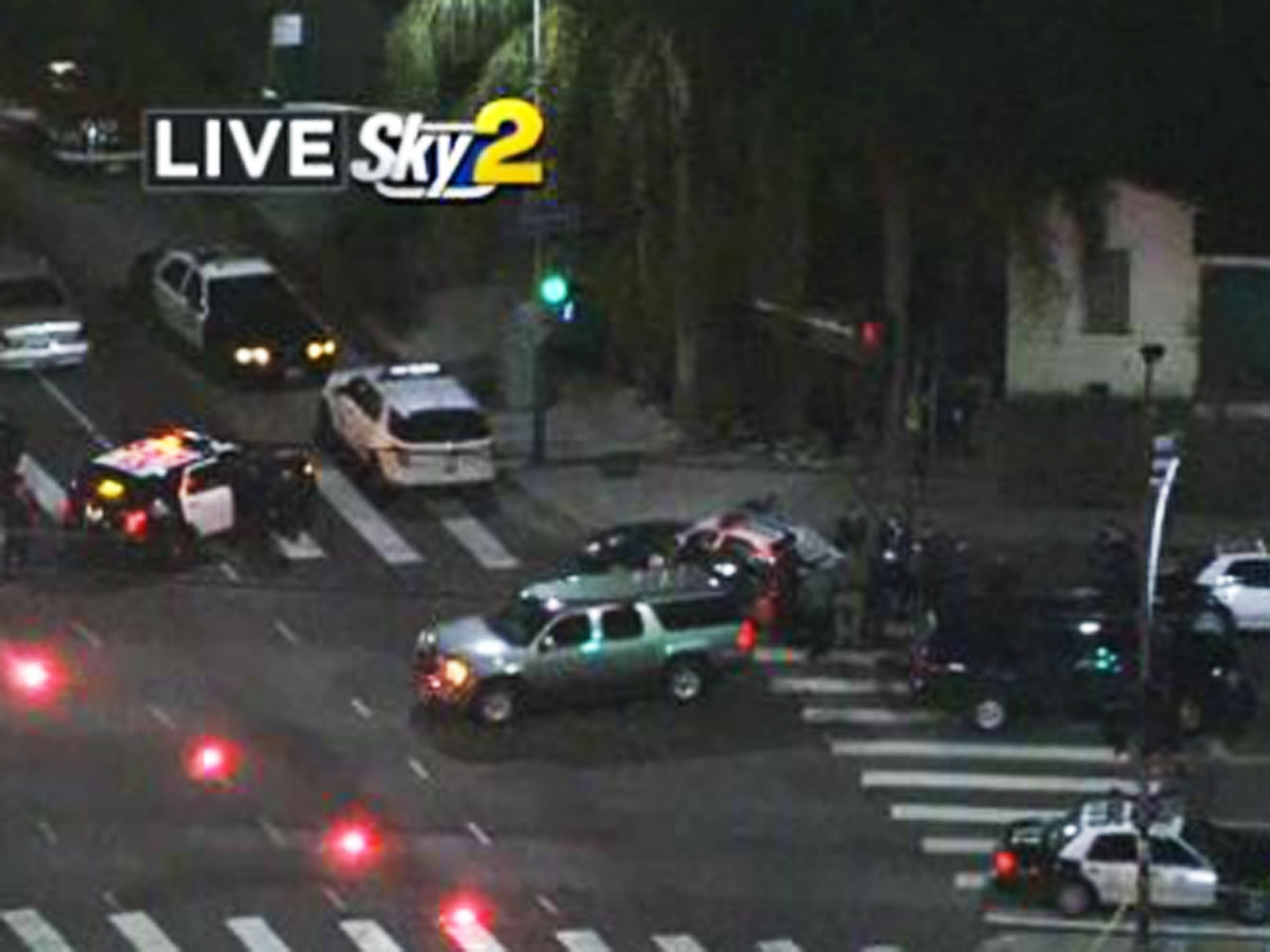 LOS ANGELES -- Police officers drove into the line of fire last weekend in a tough area of Los Angeles where gang members were shooting at rivals in another car, prosecutors said Wednesday.

Authorities were initially concerned that the two officers were ambushed late Sunday in South Los Angeles, just days after two New York City officers were killed in their patrol car.

However, an investigation determined that the LAPD patrol car arrived at the scene as two gang members were shooting at a car as it drove away, prosecutors said.

No one was injured after one of the unidentified officers returned fire. One person was arrested at the location and another person remained at large.

Police retrieved a rifle and a pistol at the scene.

Taylor was expected to be arraigned on Friday and prosecutors said they'll ask for bail to be set at $2 million.

If convicted, Taylor could face life in prison. It was unclear if he had an attorney.