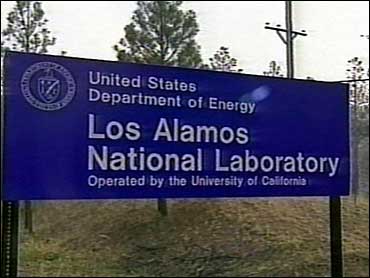 Aiming to install new management at the troubled Los Alamos National Laboratory, the government will pay up to $79 million to a lab manager - nearly 10 times the amount the University of California now makes for the job.

A final request for proposals, released Thursday in the first-ever competition to run the New Mexico nuclear weapons lab, also requires the contractor to assume more risk and create a new pension plan to replace the university's version.

The changes are designed to improve operational efficiency at the storied lab where the atomic bomb was designed. Los Alamos' reputation has been stained by a recent series of problems, including the reported disappearance of two classified computer disks that were later discovered never to have existed.

The University of California has managed Los Alamos since the lab was established in 1943 and makes up to $8 million a year for the job. The university has not said it has decided to bid but is moving in that direction, recently announcing it is teaming with Bechtel for a potential bid.

Lockheed Martin and Northrop Grumman have announced plans to compete, and the University of Texas System is planning to join Lockheed's bid.

"I think that what people will see over time is good operations and good business aren't the enemies of great science; they enable it," said Tyler Przybylek, chairman of the board of National Nuclear Security Administration officials who will evaluate proposals.

Bidders have until July 19 to submit proposals, and the NNSA, part of the Department of Energy, aims to award a new contract Dec. 1.

The contract will be for seven years, with potential extensions for 13 more. The government is asking for proposals ranging from $53 million to $79 million annually. Whatever the final amount, 30 percent of it will be guaranteed and the remainder available as incentives.

The University of California runs Los Alamos as an essentially nonprofit venture, using most of its management fee for lab research. The prospect of transforming Los Alamos into a for-profit enterprise has concerns some.

"It appears that the final RFP is skewed toward a corporate structure, rather than a not-for-profit entity," the local Democratic congressman, Tom Udall, said. "I hope this requirement does not affect the science at the lab - or result in an exodus of employees - as many have feared."

Przybylek said Los Alamos would continue to be a world-class scientific institution.

"The skepticism, the openness, the need to collaborate, the need to publish, the need to exchange - I think all of that will be maintained and enhanced," Przybylek said.