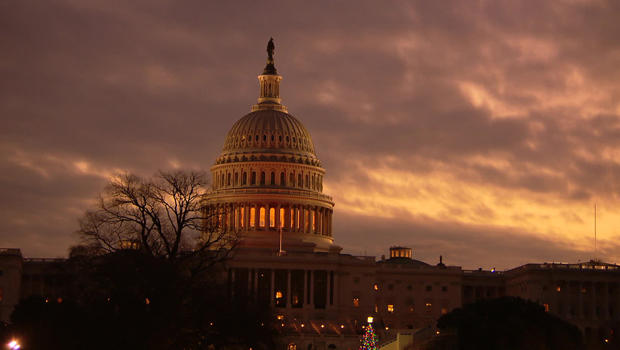 Twin runoff elections on Tuesday for Georgia's Senate seats will determine which party controls the chamber, and likely the fate of President-elect Joe Biden's agenda. A Democratic sweep would give America's first female Vice President, Kamala Harris, the deciding say on party-line votes.

Republican leader Mitch McConnell waited until the Electoral College voted to even recognize Biden as President-elect, a sign – along with silence about Mr. Trump's baseless claims of election fraud – that Republicanism and Trumpism are blurring

"We've been destroying the two pillars of democracy, which are truth and trust," said New York Times columnist and author Thomas Friedman. "Without truth, we can't agree what road to go down, and without trust, we can't go down that road together. And so, when you don't have truth and trust, it's very hard to sustain a healthy democracy."

It has already sown GOP divisions.

Friedman said, "There are just too many principled Republicans who will say, 'I'm not getting in that clown car.' And yet that clown car is full of other Republicans who are happy to go along, to earn Donald Trump's blessing. Don't know when, don't know how, but if he keeps at it, this party is going to blow."

Then, there's the pandemic, sure to be raging into 2021, spurred on by holiday gatherings, said Dr. Anthony Fauci: "We know that that will almost certainly is going to result in a surge superimposed upon a surge," he told Garrett in early December.

The Biden administration has set an ambitious goal: 100 million vaccines in the first 100 days.

The inauguration will be subdued. Scientific, economic and cultural challenges abound

After the Electoral College votes affirmed his victory last month, Biden said, "Now is time to turn the page, as we've done throughout our history – to unite, to heal."

Inseparable from the pandemic: new work to reverse long-standing racial disparities and barriers.

Biden has vowed to reverse Trump-era executive actions, and may seek an early victory on infrastructure: "We need to seize the opportunity to build back, and to build back better, than we were before," he said.

Some trends of 2020 are likely to endure in 2021: Big companies bigger, small businesses limping or disappearing. Hunger and homelessness spreading.

Also, working from home and learning remotely, of which Friedman said, "More people in more places can now compete, connect and collaborate in more ways for less money, from more places, than ever before."