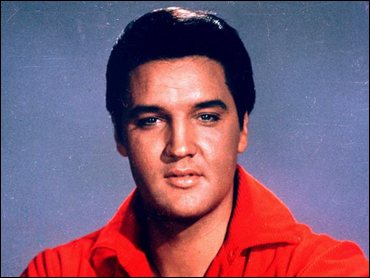 Elvis Presley fans got an unexpected gift on the 26th anniversary of his death: a chance to hear an Elvis song which never made it out of the recording studio into the stores.

"I'm A Roustabout," which Presley recorded for the 1964 movie "Roustabout," is being released for the first time on a CD called "Elvis 2nd To None."

The song didn't make it into the movie and the only known recording was forgotten for years among boxes of records and tapes belonging to Winfield Scott, who wrote the song with his partner Otis Blackwell.

Scott remembered he had an acetate of "I'm A Roustabout" last year during a newspaper interview about his career.

Scott said he didn't think much about the recording at the time, but it wasn't long before RCA heard about it and came calling. The record company put the song on the album "Elvis 2nd To None," which is scheduled for release on Oct. 7. The song was debuted Friday at Graceland, Presley's Memphis residence.

Scott described the song as a rocker that tells the story of a carnival worker whose boss is constantly pressing him to work harder.

Although paid a lot better than the carnival worker he portrayed, Elvis might have been able to identify with the feelings of the character.

"Roustabout" is one of 31 movies, including two concert films, made by Elvis in a comparatively short period of time. He didn't think much of most of them - formula romps in which even the guitar he used was just a prop, with no strings - but he took acting seriously, hoping to segue into serious roles of the type that in those days were going to actors like Marlon Brando.

The King's preferences fell on deaf ears, however - as his manager, the music industry - benefiting from what were precursors to today's music videos - and Hollywood kept cranking them out, making Presley for a time one of the top box office stars and one of the highest paid leading men.

Presley, who recorded 140 different albums in his career, died at Graceland on Aug. 16, 1977 but his popularity has yet to fade, with 625 fan clubs in existence around the world and over 600,000 visitors to Graceland each year.