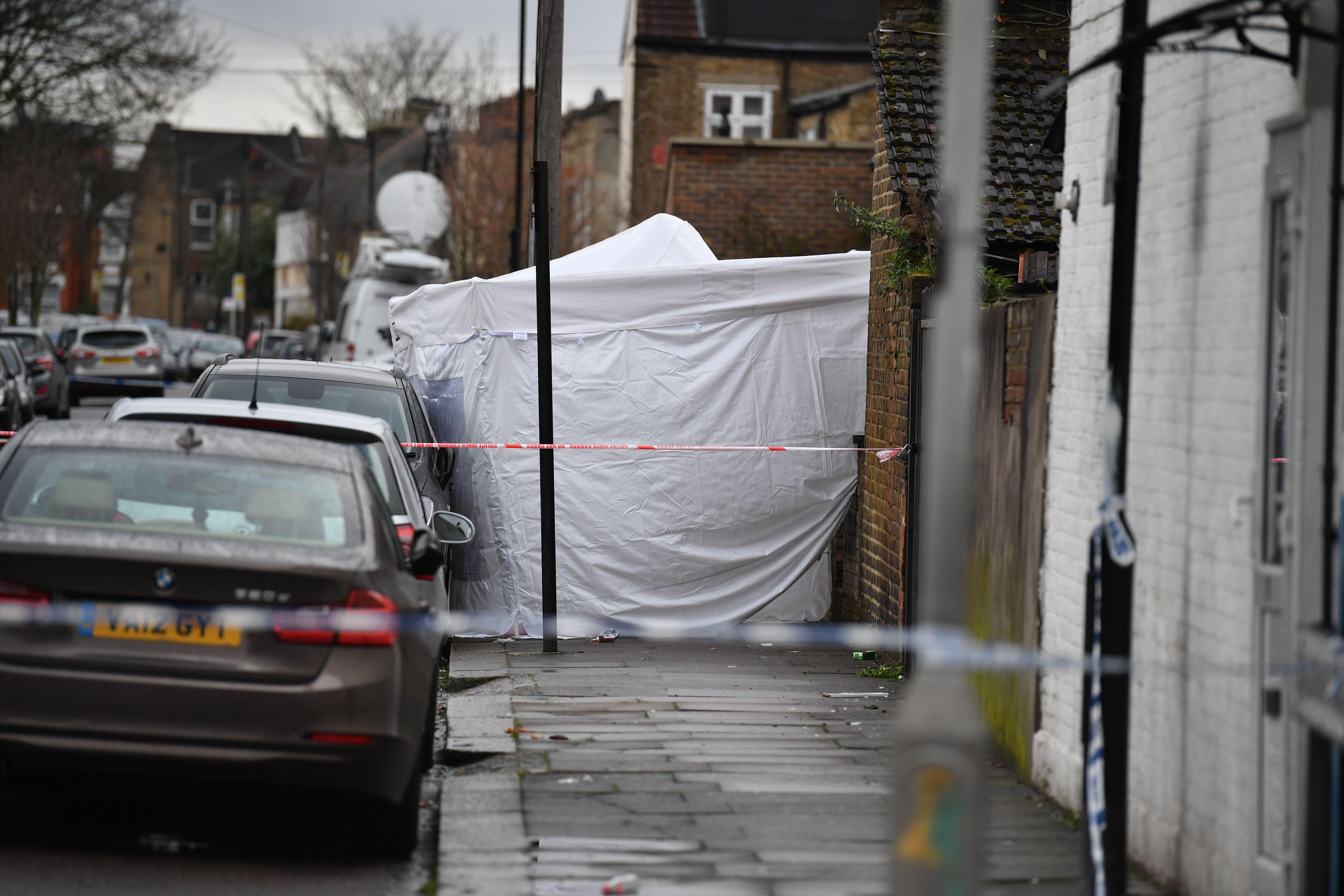 LONDON -- A surge of stabbings in London was blamed Monday for the city overtaking New York's monthly murder tally for the first time in modern history. Fifteen people were murdered in London during February, compared to 14 in New York, according to police figures.

As CBS News partner network BBC News reported, London saw its first homicide of April on Monday night, when a 17-year-old girl was fatally shot near her home in Tottenham, north London, "for no reason at all," according to a friend who arrived on the seen quickly. The same evening a 15-year-old boy was stabbed in another part of north London, leaving him with life changing injuries, according to the Metropolitan Police.

"There is no single cause, but there has been a big spike in both gun crime and knife crime across London," Parliamentarian David Lammy, who represents Tottenham, told the BBC. "Certainly my constituency finds itself at the epicenter of that. There are real issues about a lack of resources."

Sean Yates, Scotland Yard's head of knife crime, said part of the rise could be blamed on courts not enforcing the "two strikes" law aimed at jailing those caught with a knife twice.

"There's definitely something about the impact of social media in terms of people being able to go from slightly angry with each other to 'fight' very quickly," she told the Times on Saturday.

Lammy, and other opposition politicians, say drastic cuts to the number of police officers on the beat and the closure of community resources like youth centers have contributed to the rise in violent crime.

Sarah Jones, who chairs a parliamentary working group on knife crime, told the BBC earlier this week that London could learn lessons from New York.

"New York has been able to bring down serious violence through a public health approach," she told the BBC. "We need a proper strategy that looks at all of the issues. Knife crime and violent crime acts like an epidemic, so you need to go in at the source to cut it off and then you need to inoculate the future young people against it.

"Going in at source means major intervention work with youth workers, inoculating means going into schools, changing the social norms, educating kids, teaching them what it is to be a man, teaching them how they don't need to carry knives."