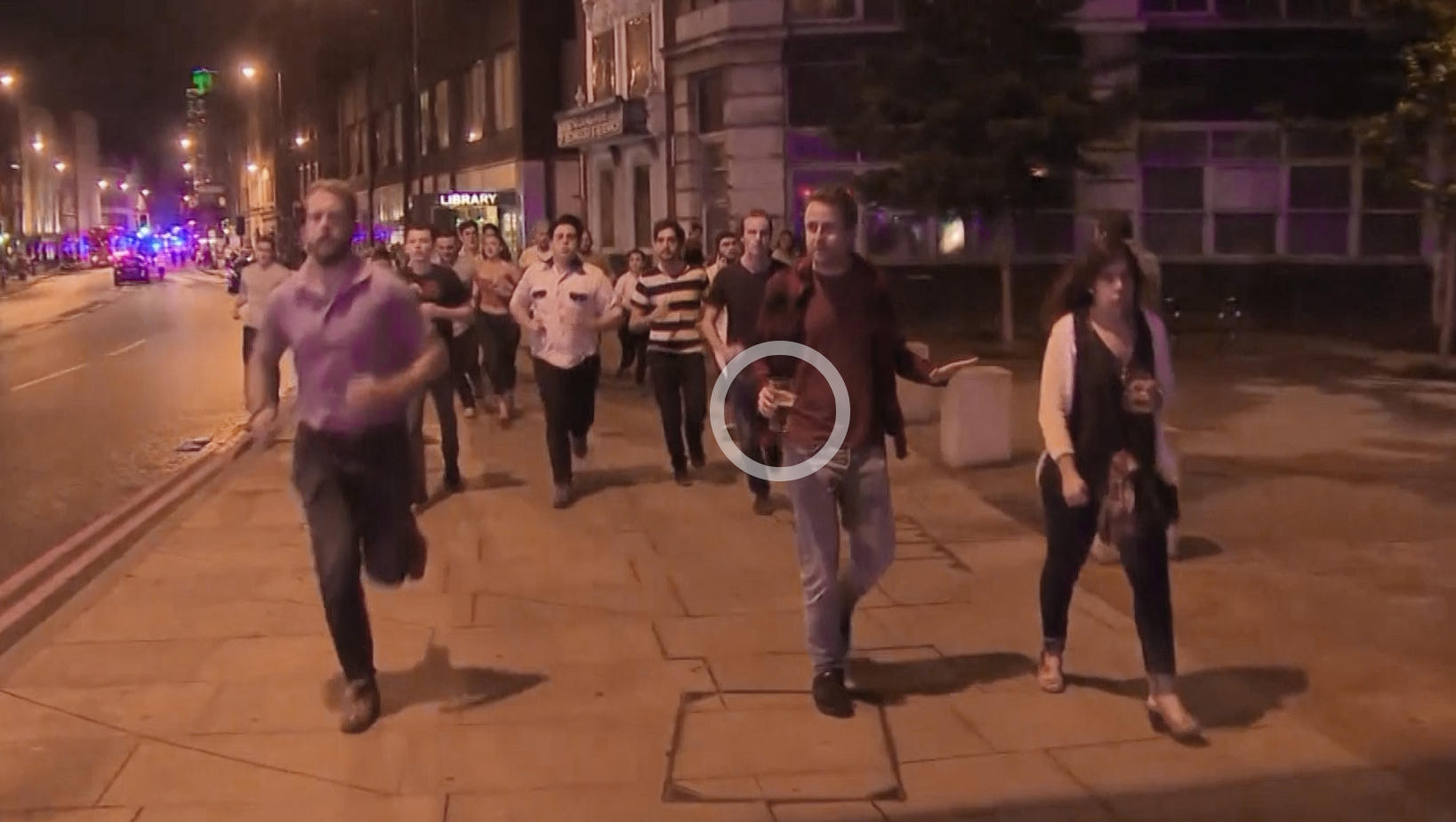 A man who left the scene of Saturday night's terror attack on London Bridge and Borough Market has been praised online with tongue-in-cheek British humor. News footage showed people fleeing the scene of Saturday's car and knife attack, where 7 were killed and dozens injured, but one man stood out, walking slowly and appearing to try to prevent his pint of beer from spilling.

A picture of the man was posted on Twitter by Howard Mannella, who said, "People fleeing #LondonBridge but the bloke on the right isn't spilling a drop. God Bless the Brits!" His post went viral, and was retweeted thousands of times.

One person tweeted, "People flee a terrorist attack LIKE LONDONERS."

Another person said, "Evacuate? Well, OK. But this beer cost £6 a pint. I'm taking it with me."

Another post said, "That's London Pride, in a glass! Fair play to that fella #LondonAttacks"

Late Saturday, attackers using a van and large knives turned a balmy evening of nightlife into a bloodbath and killed seven people in the heart of London. The Islamic State of Syria and Iraq (ISIS) group claimed responsibility.