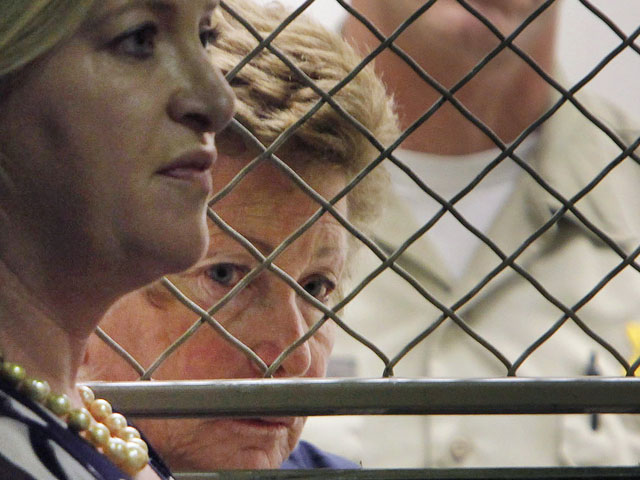 (CBS/AP) LOS ANGELES - Lois Goodman, the professional tennis referee accused of beating her 80-year-old husband to death with a coffee mug, has pleaded not guilty to murder in Los Angeles.

Goodman, 70, appeared in court Wednesday to face charges in her husband's April death.

Goodman won a reduction in bail from $1 million to $500,000 and will be released to home confinement when electronic monitoring is set up.

Authorities initially believed her husband, Alan, had fallen down stairs while she was away. They later decided his death was murder and she was arrested last week in New York while preparing to work at the U.S. Open.

The prosecution asserted Wednesday that the victim was struck 10 times on the head.