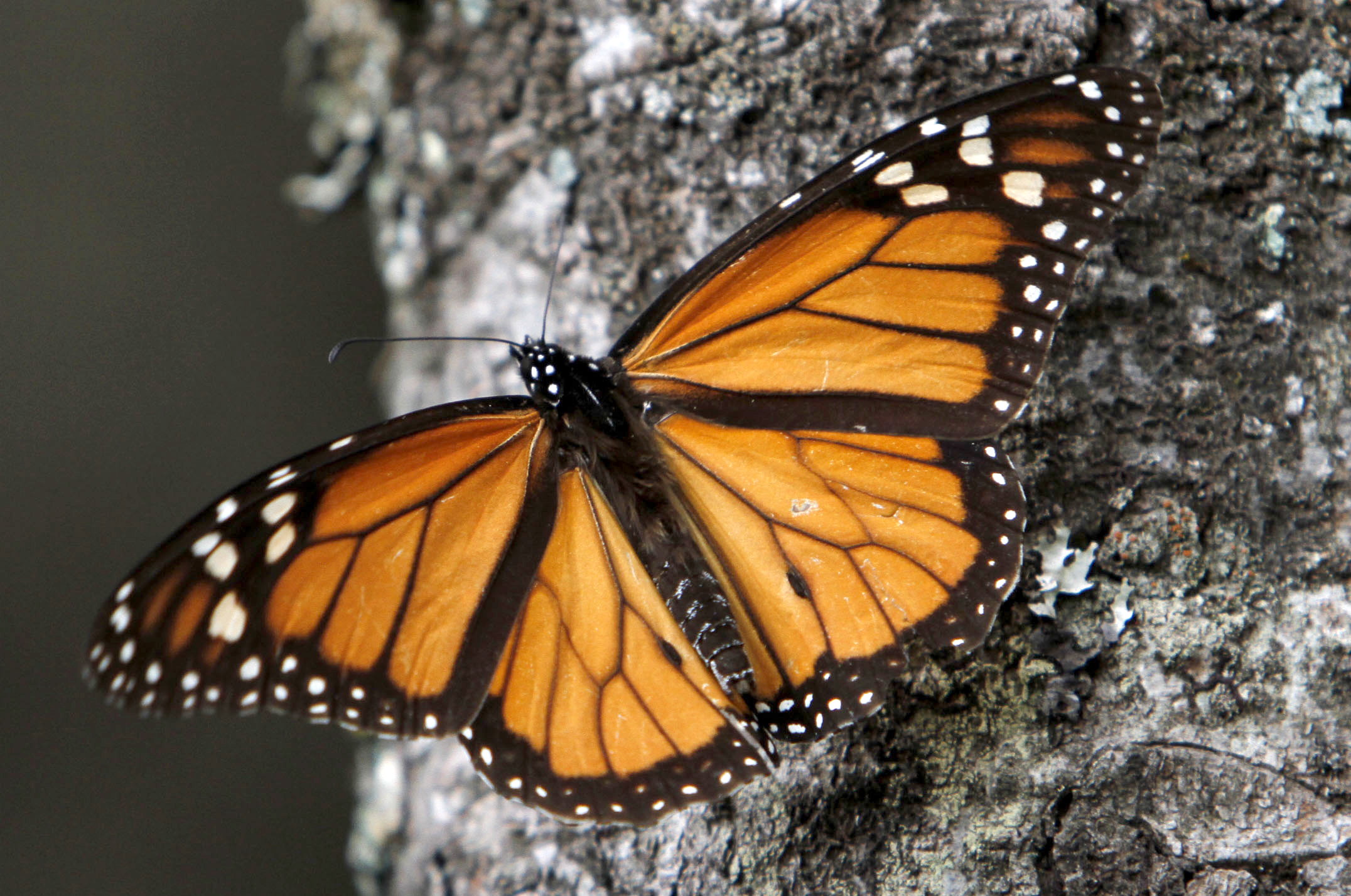 A new study of the Monarch butterflies' winter nesting grounds in central Mexico shows that small-scale logging is more extensive than previously thought, and may be contributing to the threats facing the Monarch's singular migration pattern.

The reserve's 33,482-acre (13,550-hectare) core zone has lost 41 acres (16.6 hectares) of pine and fir trees so far in 2013, about half of that because of illegal logging, according to a new study co-authored by Omar Vidal, the head of Mexico's chapter of the World Wildlife Fund. The rest of the forest-cover loss was due to drought or disease-control removal of trees.

The Mexican government has taken a strict stance in recent years, shutting down saw mills and going after logging trucks, commercial loggers and their equipment. As a result, the reserve reached a milestone in 2012, when aerial photographs showed almost no detectable deforestation due to logging.

Earlier studies found that tree-cutting peaked in 2005, when it depleted 461 hectares (1,140 acres) annually. The new study finds that the losses over the years have been even greater. Differences due to small-scale woodcutting that were too minor to detect in year-to-year comparisons became apparent when researchers compared photographs from the first systematic aerial survey in 2001, to ones from 2011.

Small-scale deforestation "is a phenomenon we had not detected before," Vidal told a news conference.

About 10 acres (4 hectares) of the logging loss this year is due to small-scale logging, often residents of mountain villages cutting beams and boards for building purposes or to use as firewood.

"Small-scale logging is a serious and growing concern for the conservation of the monarch sanctuaries," according to the report. Some 27,000 people live in the small agrarian communities that dot - and in many cases, own - the land in the reserve. While commercial loggers can be caught and prosecuted, it can be tougher to deal with impoverished people who use or occasionally sell wood from their own land.

The pine and fir forests in the reserve west of Mexico City serve as a sort of blanket for the millions of butterflies that migrate here each year, protecting them from rain and freezing temperatures as they cluster in huge clumps on tree boughs.

However, the monarch migration appears to be under serious threat. A report in March showed the number of butterflies making it to Mexico dropped 59 percent, the lowest level since comparable record-keeping began 20 years ago.

It was the third straight year of declines for the orange-and-black butterflies that migrate from the United States and Canada to spend the winter sheltering in the mountaintop forests in Mexico. Six of the last seven years have shown drops, and there are now only one-fifteenth as many butterflies as there were in 1997.

Lincoln Brower, an entomologist at Sweet Briar College in Virginia, wrote in a statement to The Associated Press that "I am pleased to see a new willingness to address the continuing small scale logging which, as my research group has emphasized for many years, causes significantly negative effects on the forest micro-climate which is crucial for the butterflies' survival."

But Brower said the loss, alteration and protection of forest in the surrounding buffer zone still needs to be documented. It is more than three times the area of the core zone.

The total reserve stretches across 139,000 acres (56,259-hectares) of mountain tops and valleys, but less than one-third of that is in the highly protected core zone; 105,000 acres (42,707 hectares) are in the less-protected - and often deforested - buffer zone, where businesses, housing and extensive roads are allowed.

"In addition to much stricter enforcement of the total prohibition of logging of any size or sort in the core zone, the buffer zone must be protected, as the colonies have often changed location, and the core zone cannot possibly exist as an island of trees surrounded by buildings, roads and fields," said poet Homero Aridjis, a long-time advocate for the reserve.

The swarms of butterflies don't necessarily return to the same locations each year. For reasons not yet clear, they sometimes gather at other hilltops, miles away from previously popular wintering sites.

All the experts note deforestation in Mexico isn't the only threat to the butterflies. Perhaps more dangerous is the crowding out of the only plant the Monarchs lay their eggs on, the milkweed, by genetically modified crops and changing land use patterns in the United States.