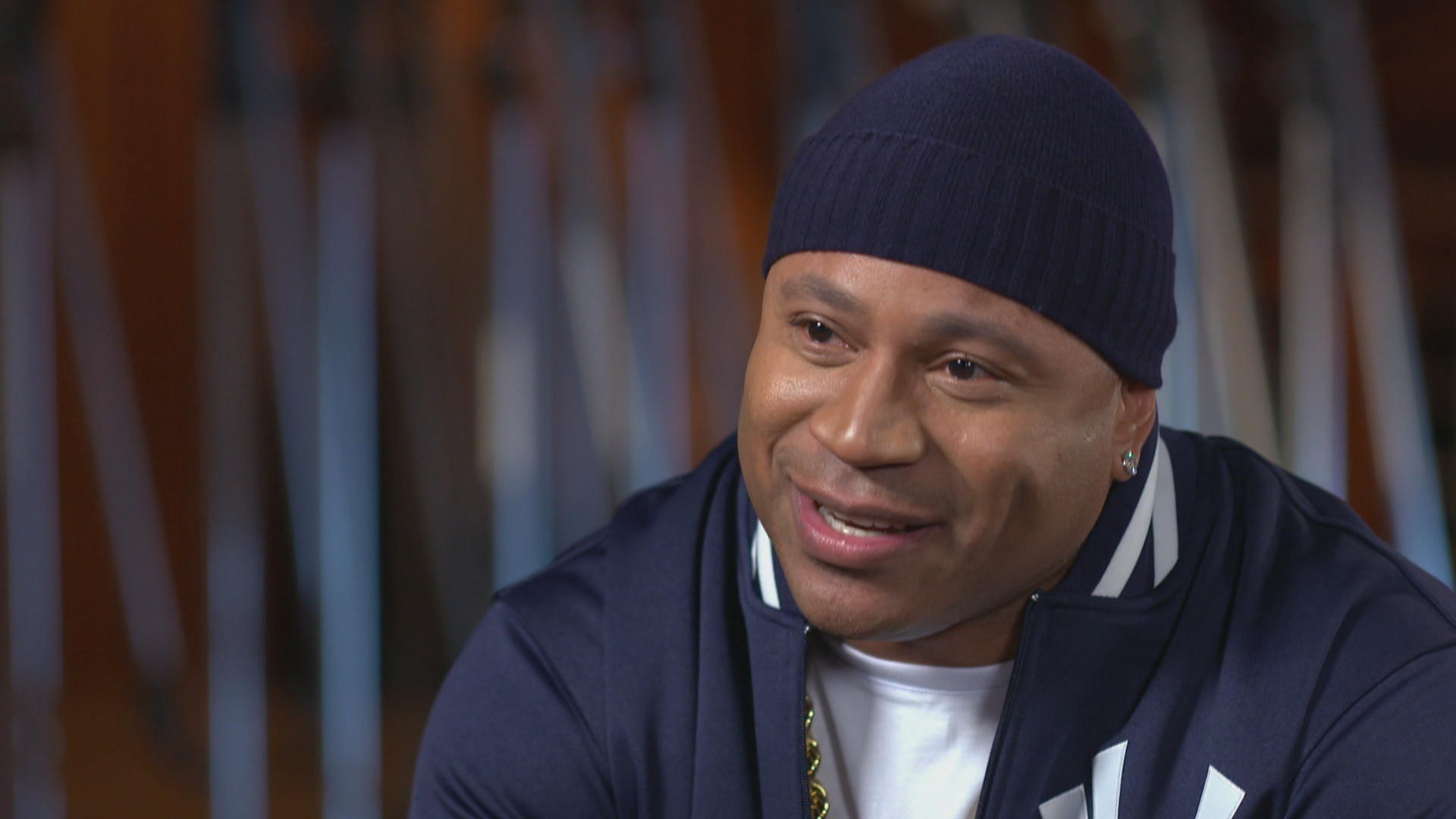 LL Cool J is the first rapper ever to be chosen for the Kennedy Center Honors. The two-time Grammy winner, actor and entrepreneur says his place in this year's ceremony is proof that dreams don't have deadlines.

He was one of rap's first solo stars. When a kid from Queens named James Todd Smith found his alter ego, LL Cool J, he found his ticket out.

"What did you hear in hip-hop and rap?" CBS News correspondent Anthony Mason asked.

"See, when you grow up in the inner city, you feel like nobody cares about you. You feel like – you feel invisible," LL Cool J said. "So the first time I heard these young, black men rapping on these records saying these rhymes –"

"They sounded powerful, man. And in them sounding powerful, it made me feel powerful," LL Cool J said.

His grandfather bought him a DJ system, and as a teenager, he started making tapes.

"Sent a tape to Rick Rubin at his dormitory at NYU," LL Cool J said.

He still remembers it because "I would call him every day."

But when Rubin finally heard it, he invited the young rapper to record. That's when Smith had to settle on a stage name.

His stage shows also electrified, and hip-hop suddenly had a heartthrob. But rap also had its traps.

"I think that so many people fall in love with themselves overnight, you know?" LL Cool J said.

"Were you tempted to fall in love with yourself at any point?" Mason asked.

"There were times in my life when I was probably – I was never – [sighs]. Yeah," he said, bursting into laughter. "You know, now that I think about it, yeah! Absolutely. I think I went crazy."

And he heard about it one night from his audience.

"I was just celebrating. So I had mink on and rope chains. You know, and I got booed," LL Cool J said. He said "it hurt," but it also "inspired and motivated" him.

"Some people call that a comeback album. You said –" Mason asked.

On his way to 10 platinum records, he grew interested in acting, but something held him back.

"Then there was a period where I was like, 'Well, can't really act 'cause I don't like taking my hat off.' So I decided not to act for about 10 years 'cause I didn't wanna take my hat off," LL Cool J said. He described it as "ridiculous."

"So what made you reconsider?" Mason asked.

The actress, whom he worked with in the series "In the House," put the pressure on.

"When you have to really go to some dark places – and really tap into some pain in order to bring something to life," LL Cool J said.

One of the darkest places for him is a childhood shooting in which his father wounded his mother and grandfather. He was 4 years old, but he still remembers it.

"How much of it did you see?" Mason asked.

His mother recovered and his parents separated. But his mom allowed his dad back into their son's life.

"That's some next-level stuff," LL Cool J said. "I've never really asked her why she did that."

But he came to his own conclusions.

"Sometimes people make mistakes and they need a little mercy," he said.

There have been a lot of challenges for LL Cool J, who will turn 50 in January.

"When you end up at the Kennedy Center, you realize that, you know what, man? That was really an against-all-odds story," he said. "And you realize how lucky and blessed you are. That's why I tell you, it's amazing."