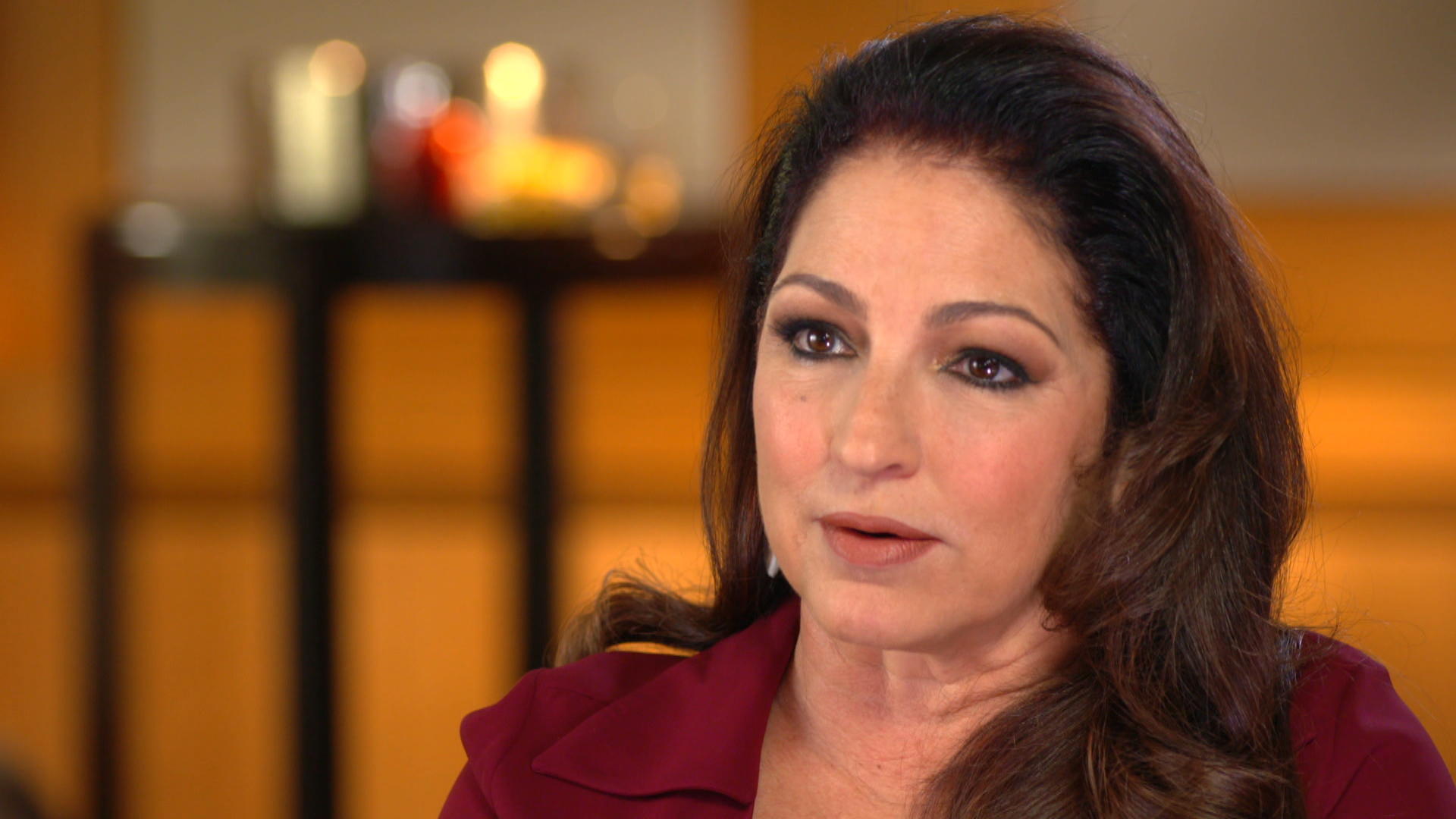 Singer, songwriter and entrepreneur Gloria Estefan built an empire with her husband, Emilio. She joins the latest class of Kennedy Center honorees, making her the first Cuban-American to receive the award. She spoke to "CBS This Morning" co-host Norah O'Donnell about her childhood, career and why at the heart of all her success is family.

Before the arenas, awards, and adoration of fans throughout the world, Estefan was born into the uncertainty of the late 1950s and rise of the Cuban Revolution. What she remembers about Cuba? Not that much.

"I do remember, though, when my father right after the revolution that he was jailed. I remember going to the jail with my mom and my grandmother to visit him," Estefan said.

A police officer under dictator Fulgencio Batista, Estefan's father was jailed after Fidel Castro came to power. She said he was let go three months later.

After moving his family to the United States, Estefan's father went to work with the U.S. military.

"Your father worked for the CIA, right?" O'Donnell asked.

"I found out this last year that he was in the black ops, and that's why he never talked about anything. He had a mysterious briefcase that he took to his R&R trip when he was in Vietnam," Estefan said.

When he returned, she says he wasn't well.

"A lot of the men on his base came out of Vietnam in the same condition, so then he was on the Agent Orange poison list," she said.

"So how did his illness shape your childhood?" O'Donnell asked.

"Oh my gosh. It was the center of our lives. My mama had to work because she realized that my dad was only gonna get more ill," she said. "And then I cared for my dad and my younger sister….Like, from the age of 12 to 18, 19, it was him."

Music became her "catharsis" and her "everything." Before long, music would change her life.

"I'll never forget that day," Estefan said of meeting Emilio. "One of the guys from my brother's school wanted to put a band together….So in comes this man carrying an accordion and wearing very short shorts."

"And I remember looking at his legs. He's got incredible legs, Emilio. And his hands," she recalled. "Then a few months later, my mom dragged me to a wedding and there's this band and then I see the guy playing 'Do the Hustle' on the accordion and I go, I know this guy. I remember him. And then we bumped into in a doorway, and he said, 'You're that girl.'"

She joined him on stage at that wedding, joined his band, the Miami Latin Boys, a year later, and then married Emilio in 1978.

Success came quickly in the Latin world, but not at home.

"We're going to South America and we're doing a stadium in San Salvador with 50,000 people. And we come home and do a wedding with 200 in Miami because we didn't have the fame that we had there yet," Estefan said.

CBS Records wanted the Spanish-language hits to keep coming, while the band was looking to broaden its appeal.

"We kept the contractual right to record in English whenever we wanted," she said. "Although, they never thought we'd do it. And then we snuck an English track on the B-side of a single, and that was 'Dr. Beat.'"

The hits written and performed in her second language kept coming. Whether dance numbers or heartfelt ballads, Estefan stepped into the zeitgeist of popular music of the 1980s.

But tragedy struck in 1990 when her band bus was hit by a truck.

"I was taking a nap on the couch in the front of the bus. My son was in the back with his tutor….Emilio was on the phone with his brother who was reading him the caption of the picture on the cover of the Miami Herald, 'Gloria and Emilio Estefan have the world in their hands,'" she recalled. "And right when he reads him that line, we got rear-ended by a fully-loaded 18-wheeler."

The prognosis wasn't good, Estefan said. She was paralyzed.

"They said, 'You probably won't be able to have another child.' 'Cause that was my plan after that tour. And he says, 'I'm hoping that you'll at least be able to walk gingerly, but I don't think you'll ever be back on stage.' And then he said to me, 'I can tell you that it's up to you.'"

Less than a year after the crash, Estefan walked onto the stage of the American Music Awards.

"It's like if I climbed Mount Everest and won the, you know, Pulitzer Prize, or the – everything fantastic that could happen to a human being in one moment," she said.

As her career continued to climb, she and Emilio welcomed their second child, Emily, in 1994.

Of working with her husband for so many years, Estefan said, "I wouldn't recommend it to everyone."

The story of the couple's shared success became a Broadway musical. Now, "On Your Feet!" Is touring the world. Next month, the show opens at the Kennedy Center in Washington, D.C., where Estefan was recently celebrated as the first Cuban-American honoree.

"Imagine, I mean, my father brought us here to be raised in freedom," she said. "It means a lot to us and very especially to my parents' generation I think. I think they really feel that very, very strongly."