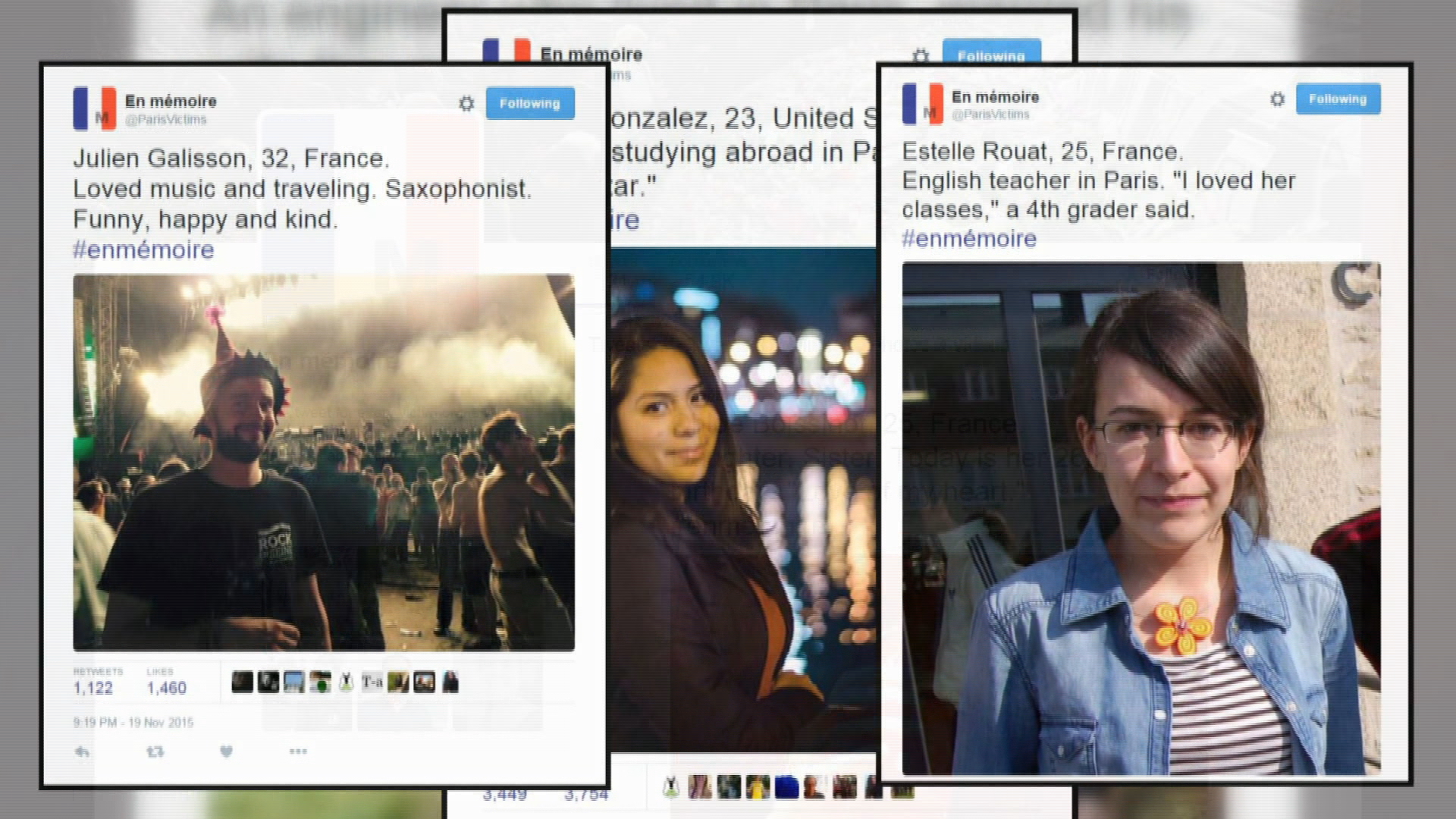 NEW YORK -- As Parisians continue to remember the victims of last week's terror attacks with candles and flowers, another kind of memorial is unfolding on social media.

It includes a photograph and a short description of each victim -- compiled in a Twitter account called "En Memoire" -- French for "In Memory." A group of editors at the digital media website Mashable started the account, and it has gained more than 55 thousand followers.

"It's like a small piece that these people are leaving behind, and having an impact on people maybe they would have never known," said Amanda Wills, deputy executive editor at Mashable.

"He took all of the bullets for her," said Wills. "That just says so much about his character."

Lola Ouzounian, 17, one of the youngest victims of the attacks.

"She was just a teenager enjoying a rock show," said Ries. "The quote 'her smile remain etched in our memories forever' was one of her family members. And that just really crushes me."

"What we tried to do is to capture some elements of their lives," said Jim Roberts, executive editor of Mashable. "It's not the entire contours of their lives. But it can be a little bit about them as a father, or as a musician, or a music lover or a theatergoer."

As they've been discovering this week, when trying to cushion grief and trauma, sometimes even a little goes a long way.

"It's really hard not to take that home with you," said Wills. "They had lives, they had dreams, they had careers. They had children, they had husbands, wives, best friends. They were just like us."