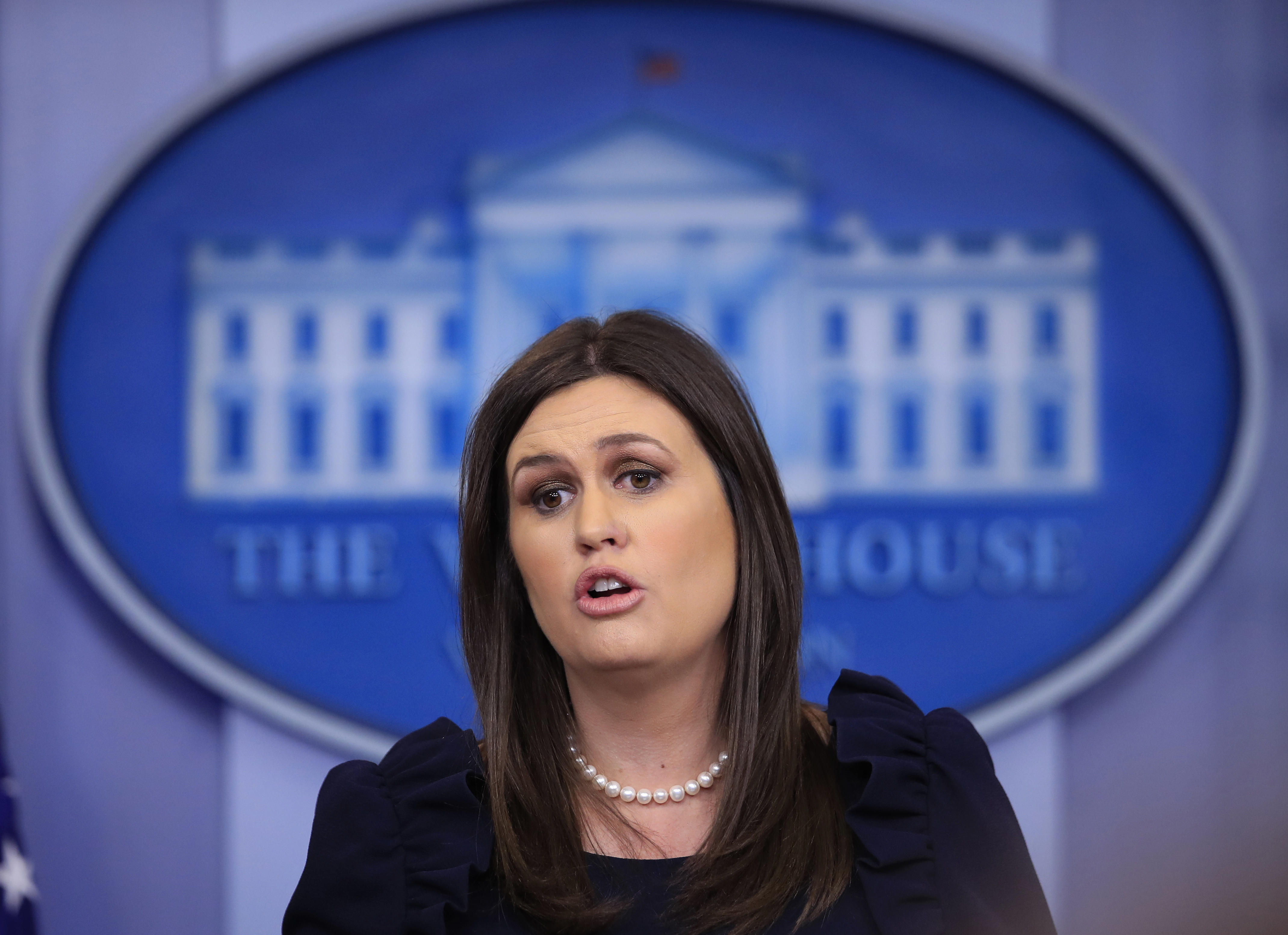 President Trump called Russian President Vladimir Putin to congratulate him on his reelection and later in the day said he could be meeting with the Kremlin to "discuss the arms race" soon. But White House Press Secretary Sarah Huckabee Sanders said there are no plans for such a meeting yet and no major international summits until November.

During Tuesday's press briefing, Sanders would not say whether the U.S. views Russia's elections as free and fair.

"In terms of the election, there we're focused on our elections. We don't get to dictate how other countries operate," she said.

Mr. Trump and Putin briefly discussed Syria and touched on slowing a U.S.-Russia arms race, which is are areas of shared interest, Sanders said.

In the call, Mr. Trump did not raise issues like election meddling, human rights, political freedoms or the chemical attack on a former spy in the United Kingdom. Sen. John McCain, R-Arizona, criticized the call for Mr. Trump's lack of attention in these areas.

"An American president does not lead the Free World by congratulating dictators on winning sham elections," McCain said in a statement. "And by doing so with Vladimir Putin, President Trump insulted every Russian citizen who was denied the right to vote in a free and fair election to determine their country's future, including the countless Russian patriots who have risked so much to protest and resist Putin's regime."

"The president once again has maintained that it's important for us to have a dialogue with Russia so that we can focus on some areas of shared interest," she said. "At the same time, we are going to continue to be tough on them."

Sanders would neither agree nor disagree with McCain's characterization of Russia's election as a "sham." "We're focused on our elections," Sanders said. "We don't get to dictate how other countries operate."

Sanders also reiterated that Mr. Trump is frustrated by the Special Counsel Robert Mueller's investigation clouding his presidency. The president's frustrations were on display on Twitter this weekend.

"To pretend like going through this absurd process for over a year would not bring frustration seems a little bit ridiculous. I don't think that any individual, including members of congress, would like it if they had been accused of taking their seat in congress by doing something nefarious when they hadn't particularly if it went on for more than a year into their time in office."