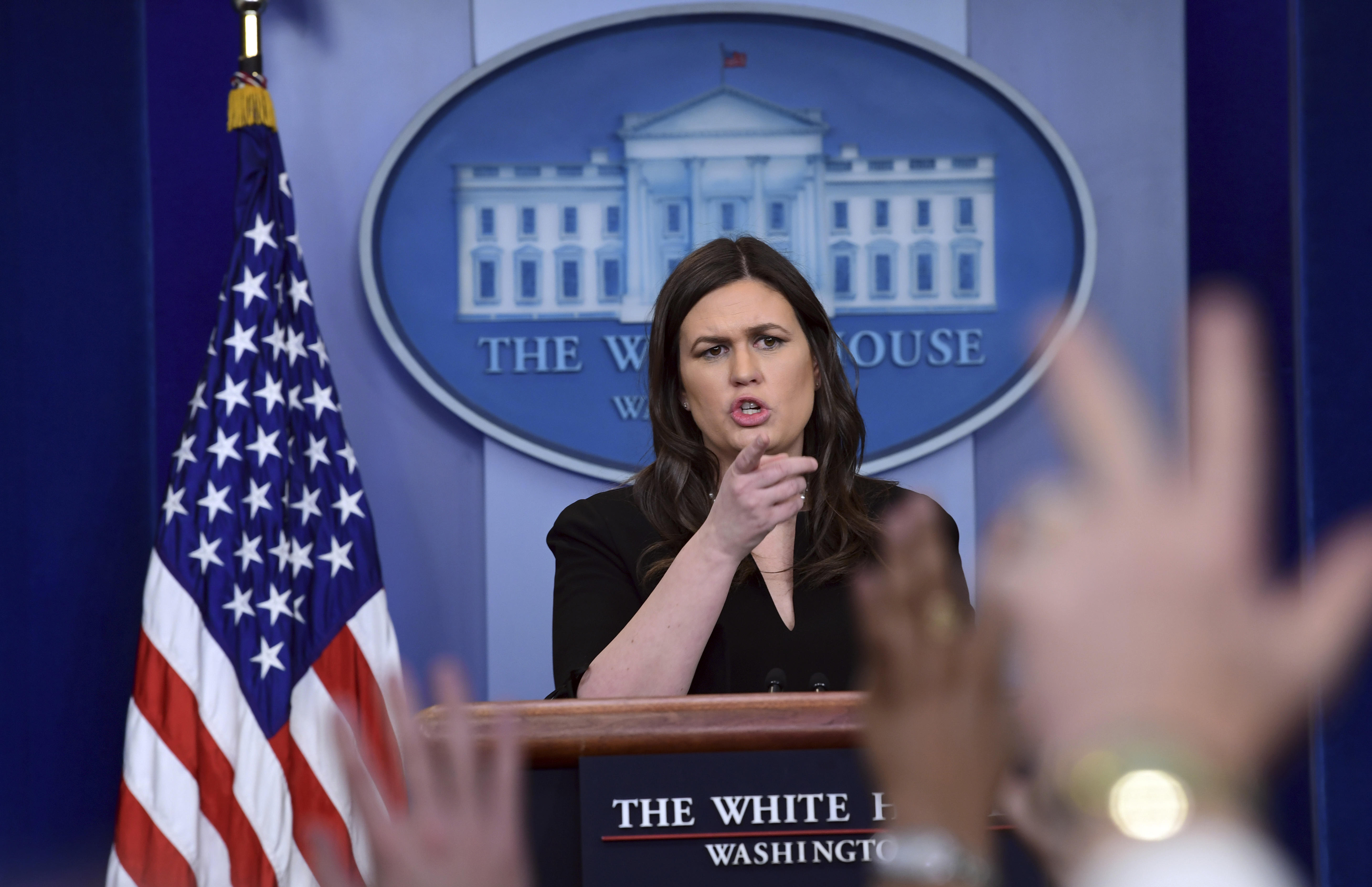 White House Press Secretary Sarah Huckabee Sanders was peppered with questions about why President Trump pushed for age restrictions on assault-style weapons, but has appeared to back off in the school safety plan released Monday.

The Trump administration has rolled out a plan to harden schools against school shooters, including a recommendation to train teachers and staff to use firearms.

In a Feb. 28 bipartisan meeting with lawmakers in response to the high school shooting in Parkland, Florida, that left 17 students dead, Mr. Trump suggested raising the minimum age for purchasing some firearms to 21. Mr. Trump then said that members of his party wouldn't take the idea seriously because they're "afraid of the NRA."

"They have great power over you people," the president said to GOP members in attendance. "They have less power over me."

Sanders said that the administration is studying ways to implement such a provision, but the political headwinds are too strong. Such a proposal could not make it through congress, she argued. One reporter pointed out that public polls show overwhelming support for such a measure.

She said the White House is prioritizing ideas it believes Congress will be willing to pass.